Celtic Quick News on News Now
You are at:Home»Latest News»‘IT’S BEEN A BIT OF A WHIRLWIND,’ ADMITS ANGE
By CQN Magazine on 24th June 2021 Latest News

ANGE POSTECOGLOU has hit the ground running as he put his plans for Celtic into operation and the new boss admitted: “It’s been a bit of a whirlwind.”

The former Australia international manager will take training at Lennoxtown this afternoon after touching down in Glasgow yesterday, as CQN reported.

Following weeks of waiting to meet his staff and players due to quarantine protocols, the 55-year-old coach, who quit Japaense giants Yokohoma F Marinos to move to Parkhead, is ready to get moving with the first leg of the Champions League second qualifier against FC Midtjylland due on July 20 in Glasgow.

Neil Lennon’s successor said: “It’s great to be here. It’s been a tough three weeks to get here, but I’m super happy to be here now.

“It’s been a bit of a whirlwind and I knew it wouldn’t sink in that I’m the new Celtic manager until I got here. Now I can get cracking and start working. 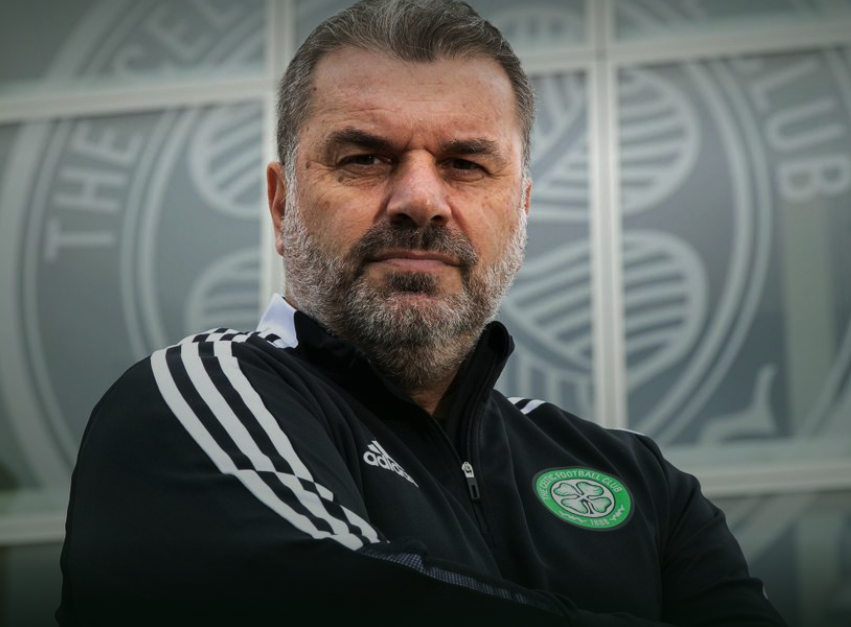 MAN ON A MISSION…Ange Postecoglou is raring to go at Lennoxtown: Image courtesy Celtic FC.

“I got to meet everyone and put everything in place that we need to. It’s been fantastic. I already had some familiarity with it, but it’s a great set-up. The people here are fantastic and I’m looking forward to working with everyone. Everyone keeps warning me about the weather, but it all looks pretty beautiful at the moment.”

Postecoglou, speaking to the Celtic View, added: “I’m not a fan of Zoom even though it’s been our existence for 18 months, so I was keen to get up here as soon as possible.

“I had to do quarantine and make sure we followed all the protocols, but being here now is exactly where I wanted to be.

“Ultimately, people want to get to know me. It’s one thing to have ideas and talk about what you want to do, but people need to meet me and understand me as a person as much as a manager. You can’t do that unless you meet people in person and we’ll start that process now.”

Postecoglou will be working without the Hoops’ international players such as Callum McGregor, James Forrest, Ryan Christie and Greg Taylor who have all been involved in Scotland’s ill-fated Euros campaign.

They will catch up with their team-mates in a fortnight.

Meanwhile, CQN is convinced life will not be dull with Big Ange around.