Celtic Quick News on News Now
You are at:Home»Latest News»‘IT’S BEEN A CRAZY MONTH,’ CHRISTIE
By CQN Magazine on 22nd November 2018 Latest News

RYAN CHRISTIE has waited over three years to become an overnight sensation at Celtic.

The midfielder had been a bit-part player under Ronny Deila who paid £500,000 to bring him from Inverness Caley Thistle in August 2015 and then immediately returned him on loan to the Highlanders.    .

However, Christie has exploded onto the scene at the champions in what he terms a “crazy” period.

The Scotland international playmaker came on as an impact substitute against Hearts in the Betfred League Cup semi-final and scored an excellent goal and helped the holders to an emphatic 3-0 triumph. 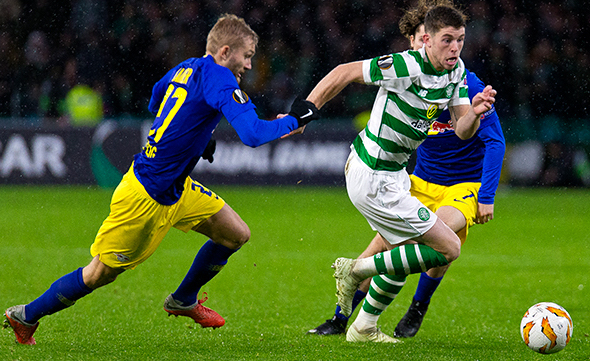 RUN, RYAN, RUN…Christie races away from a German defender in the 2-1 win over RB Leipzig.

Christie kept his place for the next game against Dundee and scored in a 5-0 romp at Dens Park and he started again three days later when Craig Levein’s side once more provided the opposition, this time in the Premiership at Parkhead.

The Hoops staged a 5-0 action replay and the 23-year-old comeback star swept in a penalty-kick to bring the curtain down on an impressive performance.

Christie set up the winner for Odsonne Edouard in the 2-1 Europa League victory over RB Leipzig and was rewarded with a new three-year extension.

On top of his resurgence at club level, he has just played a crucial role in Scotland’s back-to-back UEFA Nations League wins over Albania and Israel.

Christie smiled: “It’s been a crazy month for me and I don’t know what the trigger has been for all of this.

“I got the opportunity in the semi-final and scoring a goal ignited my confidence a little bit.

“It gave me that feeling I’ve got a purpose and I can make an impact at Celtic. 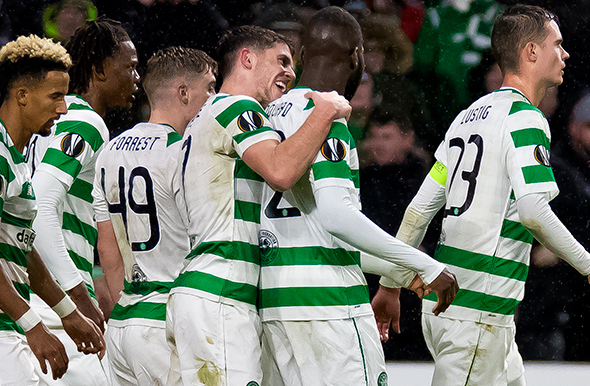 “Confidence for all footballers is a huge thing. I’m feeling good about my game right now and I hope it can continue.

“That’s how football works these days – there are so many games that things can change so quickly.

“We’ve got a hefty schedule coming up, so, hopefully, the games come thick and fast for me because I’m feeling good about myself.

“The Scotland games were brilliant. We now have that core of players who are key performers both for their club and country which is good.”

Christie is hoping to take centre stage again as he swaps Paradise and Hampden for the dodgy artificial surface of Hamilton Accies on Saturday afternoon as the task of collecting points kicks in again with the champions going in search of their eighth successive Premiership crown.

And the talented midfielder is ready, willing and able to keep his crazy stint going in Rodgers’ first team.