Celtic Quick News on News Now
You are at:Home»Latest News»IT’S HARDLY BATTLE OF THE GIANTS AS ‘SHORTY’ HITS BACK AT STRACHAN!
By CQN Magazine on 17th October 2016 Latest News

CELTIC’S prolific goalscorer Leigh Griffiths has used his Twitter page to respond to Scotland manager Gordon Strachan’s bizarre comments about the striker being too short to be picked for Scotland.

The former Celtic manager left Griffiths on the bench for the two recent international matches at Hampden against Lithuania and the subsequent 3-0 defeat away to Slovakia which leaves Scotland’s chances of reaching the World Cup in Russia in 2018 looking decidedly dodgy. 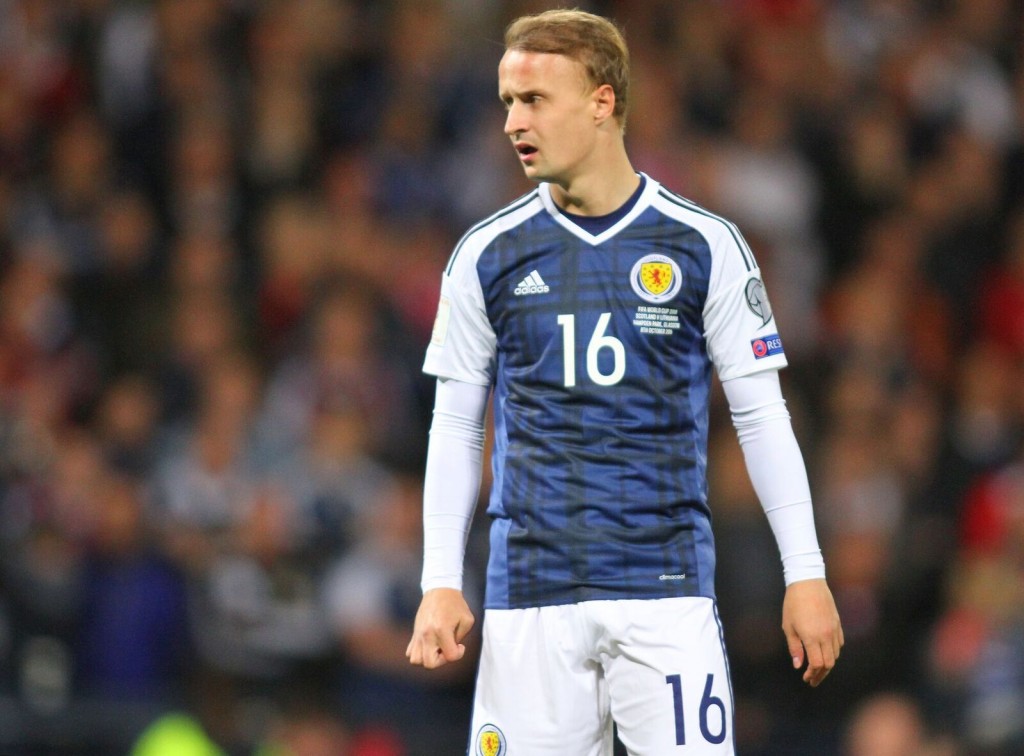 Strachan started with the non scoring Chris Martin against Lithuania and replaced him with the equally goal shy Stephen Fletcher for the Slovakia match and only turned to the Celtic striker when in serious trouble in each match.

Griffiths scored 40 goals last season for Celtic and started this season in fine goalscoring form before dropping out of the side through a troublesome thigh injury. This kept him out of the recent 5-1 thumping of Sevco Rangers with Moussa Dembele scoring a hat-trick.

Strachan tried to explain his decision to snub Griffiths at the weekend, in the face of widespread criticism from supporters and commentators.

“In the 51 games in the Euros the first 19 goals were scored from set-plays. That means you have to have a certain amount of height on the field to defend corners.

“The (Scotland) team was a lot smaller at 2-0 than it was at 0-0 (in Slovakia) and the first corner kick we get after that, they score with a header. Does that help you with the certain amount of height that you have to have in my team? There’s absolutely no doubt about it.

“People can argue that toss and debate it. But that is fact. You need to have a certain amount of height in international football teams to defend set plays. It’s not just Leigh Griffiths. You’ve got to try to get the balance. I could pick a huge team but there would be a problem passing the ball.”

Griffiths, who has been clearly frustrated at the lack of an opportunity to show what he can do for Scotland, today responded by changing his name on his twitter account t0 Shorty – see below.

Strachan seems to be missing the point. Had he had a genuine goalscorer in the team and on from the start then Scotland may never have found themselves 2-0 to what former Celtic and Scotland winger Davie Provan called a ‘bang average’ side.

Strachan must be one of the shortest players to have represented Scotland and his height didn’t seem to be a problem.

And don’t forget that Celtic’s greatest ever player is Jimmy Johnstone and he was hardly a giant! Larsson wasn’t the latest either, Gordon! 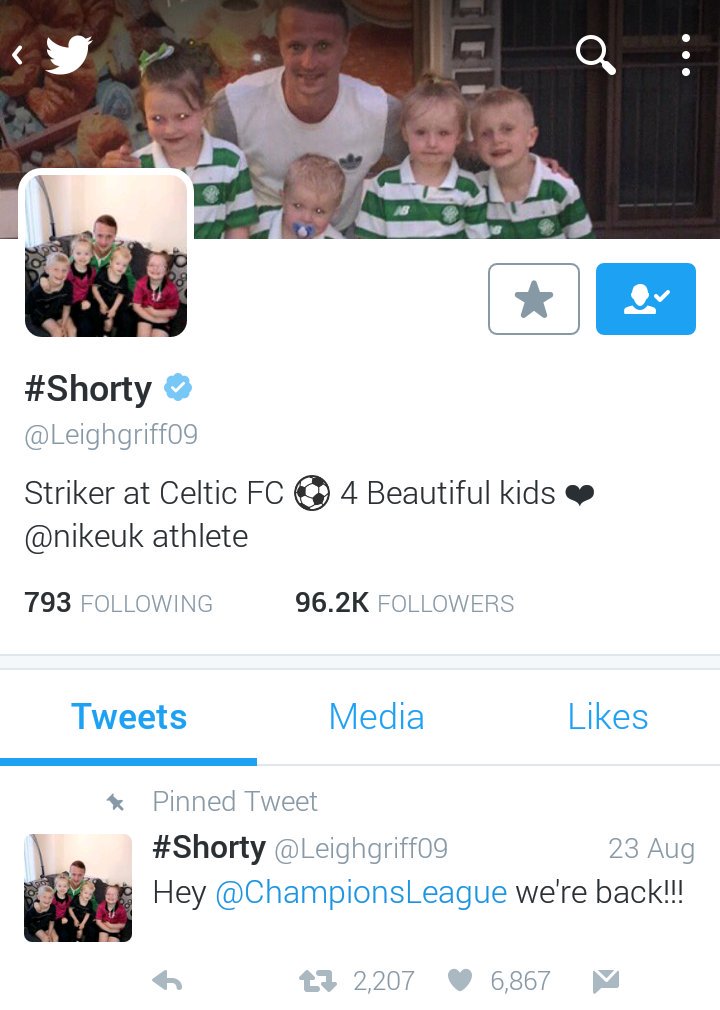