Celtic Quick News on News Now
You are at:Home»Football Matters»‘IT’S THE BIGGEST ACCOLADE I CAN GIVE BROONIE,’ RODGERS
By CQN Magazine on 28th October 2016 Football Matters
BRENDAN RODGERS reckons Celtic skipper Scott Brown would have walked into any of his Liverpool teams.
The Hoops boss said: “The biggest compliment I can give him is – having worked in what is supposedly the best league in the world in terms of being the most competitive – if I look at my Liverpool team that nearly won the title, Scott Brown would definitely have been in it.
“There’s no doubt about that. So, that’s the level the guy is at as a player and as a captain. You want him on your team and on your side.

“It’s the biggest accolade I can give him, but, thankfully, Scott has chosen to play nearly 10 years at Celtic and still looks as strong and fit.

“I remember Harry Redknapp wanting to take him. Harry told me that so there’s no doubt he’s had moves where he could’ve left here.

“But Scott was happy in his life and happy here at Celtic. This is a hard place to leave. If money’s not the consideration – and no-one can deny any player or any person the chance to consider doubling or trebling their salary – then other things come into it.

“Scott’s always been happy here and the supporters love him, they see his worth and probably even more at this stage.

“He’s devoting his life to football, is really strong and his preparation, his diet, the training methodology will always quicken him up, speed his game and get him tactically thinking.

“You saw last Sunday, Scott was magnificent and he can certainly retire in the comfort of knowing he could probably have played in that league and at the biggest level.

“But he’s happy and that’s the most important thing in life. 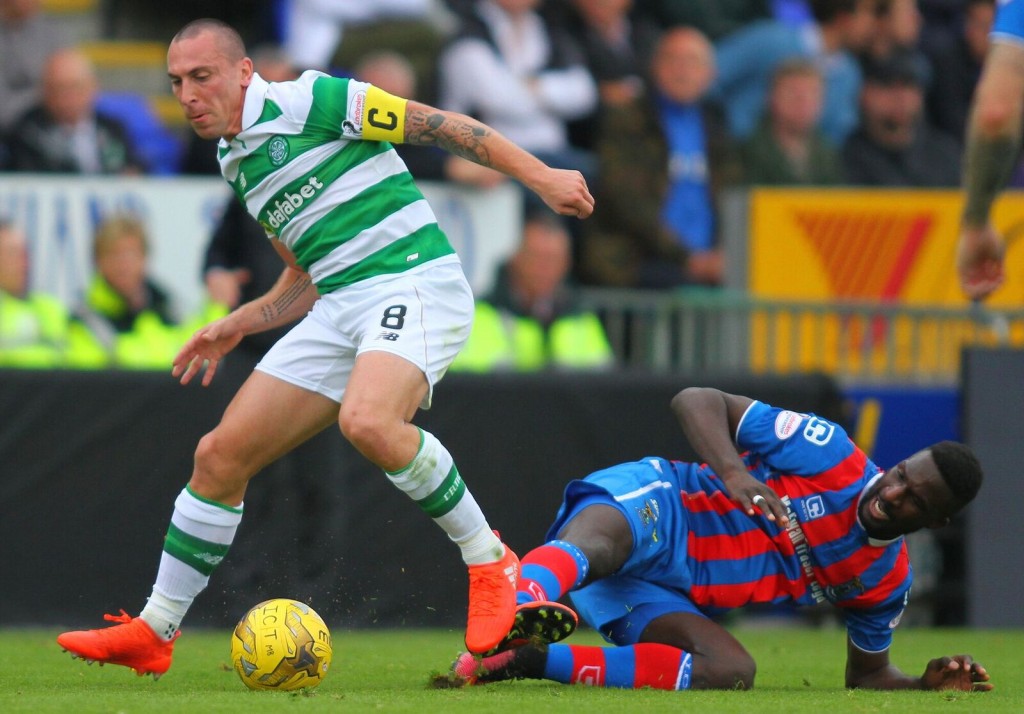 ”Scott is someone I’ve been so impressed with since I first met him in my house earlier on in the season.

“He’s just really devoted himself to how I’ve wanted the team to operate on the field and off it.

“If he was playing at a better level than he’s at just now, both physically and tactically, I’d be surprised.”

Brown will join a host of returning players for the game against Aberdeen at Pittodrie tomorrow. The 31-year-old midfielder was given the night off as the champions overwhelmed Ross County 4-0 in Dingwall in midweek.
With the Dons, Hearts, Sevco Rangers and St Johnstone dropping points, it’s been a good few days for the Hoops.
Rodgers added: “You can only look after yourself. Other results are no good if you don’t win.
“We made eight changes and that was because of the confidence I see in them to retain our intensity. I only look to the next game. I said right away it was important we made a good start and we would assess it after 10 games.

“We’ve played nine and it should be nine wins from nine. We dropped two points in Inverness that we shouldn’t have done, but the team is improving.

“Lots of players are developing well and over the course of the season we are looking to improve even more.

“It’s about improving the individual and, collectively, that will improve the team. As the season goes on then the team will get better and better. That’s the aim.”