Celtic Quick News on News Now
You are at:Home»Football Matters»IT’S TIME FOR GORDON, GORDON
By CQN Magazine on 9th November 2016 Football Matters
GORDON STRACHAN has a tough decision to make when he selects his keeper to face England in the World Cup qualifier against England at Wembley on Friday night.
It’s a straight choice between the man in charge David Marshall and Celtic’s in-form Craig Gordon to see who gets the gloves for the all-important confrontation.
The ex-Hoops shotstopper, who joined Hull City f 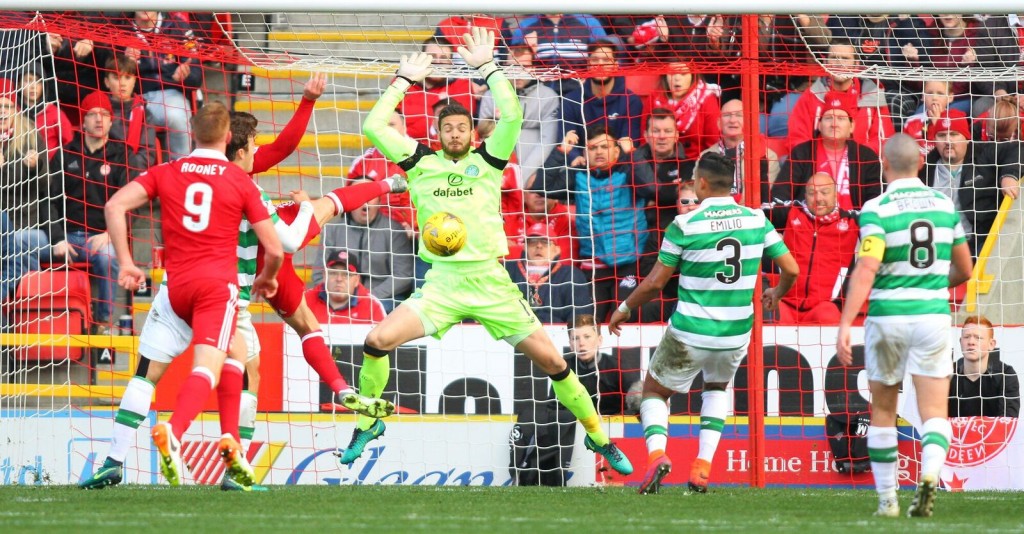 rom Cardiff City in the summer, conceded three in the last game against Slovakia in Bratislava last month.
Ironically, Marshall lost five goals in the same city when Strachan made his competitive debut as Parkhead boss back in July 2005 during the disastrous Champions League qualifying tie against Artmedia Bratislava.
Celtic lost 5-0 against the unknown Slovaks and, even a 4-0 victory in Glasgow in the return, could prevent the Hoops from being banished to European exile for a season.
Strachan kept faith with Marshall for the opening Premier League fixture three days later and the goalie conceded four in a remarkable 4-4 draw with Motherwell.
That opened the way for Artur Boruc, recently signed from Legia Warsaw, and the rest, as they say, is history.
Gordon, 33, has more caps with 44, but Marshall, 31, is experienced at international level with 27 appearances.
Neither keeper is taking anything for granted, but the ex-Hoops no.1 said: “Bottom line is it’s another group game and there are points at stake, but we know Scotland versus England doesn’t come along often, so it’s a big occasion. 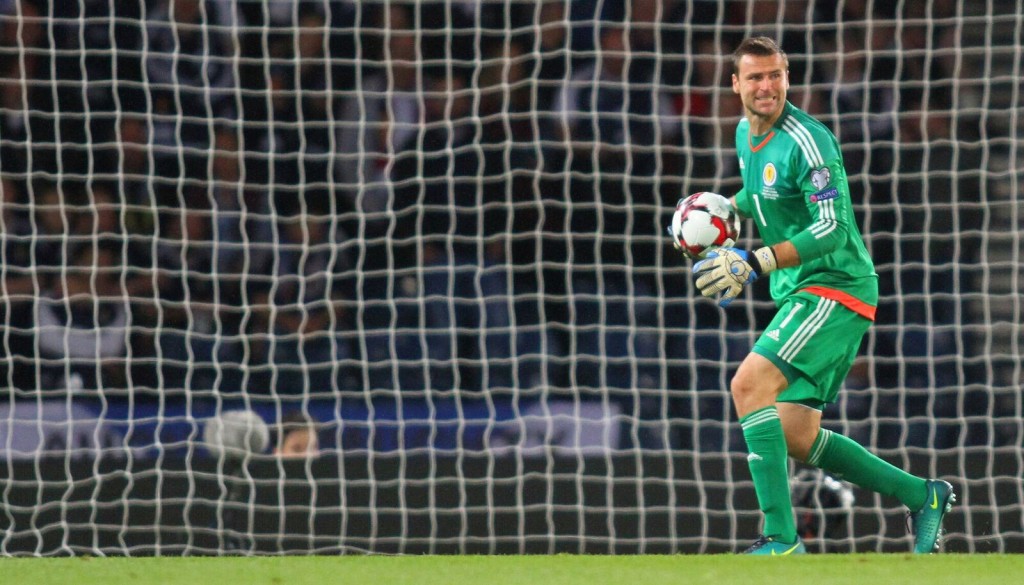 “But I’m sure we’ll be ready, focused and concentrated when the game starts.

“We can’t let the emotions get the betterof us and I’m sure that will be the same on the other side, as well.

“I’m really looking forward to the game, but the most important thing is getting the result.”

Marshall insisted the team will be playing for a win to close the gap on their opponents at the top of Group F.
The Glaswegian also thinks a victory would provide relief for Strachan, who suffered heavy criticism after the 1-1 draw at home to Lithuania and the flop in Slovakia.
He added: “I don’t think that when we’re playing the game we’re thinking about the manager – we’re thinking about getting a result.
“But for us as a group of players it would be great to get that win for the gaffer regardless of pressures coming from elsewhere because he’s been a great manager.

“He’s helped a lot of players in this squad get to where they are, so it would be good to get a positive result on Friday for him.”

Celtic supporters have been hugely impressed by his return to top form since re-claiming his place as Celtic’s No.1 goalkeeper at half -time against Kilmarnock in September. Since then Craig Gordon has not lost a single goal in domestic football.
It’s a tough decision for Strachan but with Marshall conceding in all three matches so far, he’s got to go with the man most likely to keep a clean sheet. On current form that has to be Craig Gordon.
Click Here for Comments >
Share. Twitter Facebook Google+ Pinterest LinkedIn Tumblr Email
Previous ArticleENGLAND BOSS TRIED TO SIGN BROONIE
Next Article My only flag’s a Celtic flag