Celtic Quick News on News Now
You are at:Home»Latest News»‘IT’S UP TO LEIGH NOW,’ EX-CELT’S CHALLENGE TO GRIFF
By CQN Magazine on 2nd July 2021 Latest News

LEIGH GRIFFITHS must forget his off-the-field squabbles and prove himself again to Celtic and repay the faith of Ange Postecoglou.

That’s the verdict of former Hoops and Scotland international striker Mark McGhee who insists the frontman, who is 31 next month, owes the new manager big-time.

Griffiths was delighted to be told the Parkhead side were going to activate the 12-month option in his contract just when it looked as though he was heading for the exit after seven and a half years in the east end of Glasgow.

The frontman had been embroiled in a war of words with ex-boss Neil Lennon over fitness issues following a monumentally disappointing campaign for the club in which the player netted a meagre seven goals and did not play a full 90 minutes. 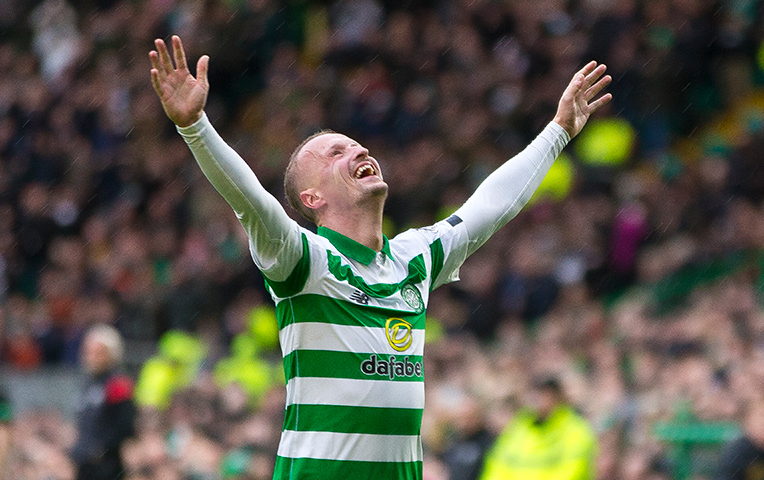 PARADISE REGAINED? Leigh Griffiths will have to prove himself all over again.

He made only eight starts in 26 apparances and his miserly goal return took his tally over the past three years to 25.

But former Motherwell and Aberdeen gaffer McGhee still insists he can make a big contribution and said: “Celtic, by giving him another year, are showing they believe in him. That is fantastic and now Leigh needs to repay that faith and to get himself another year at Celtic and then another year after that.

“Leigh has this opportunity now and I just hope he takes it.

McGhee, speaking to the Daily Record, continued: “The slate has been wiped clean. My understanding is that the new Celtic manager wants to work with and improve players. 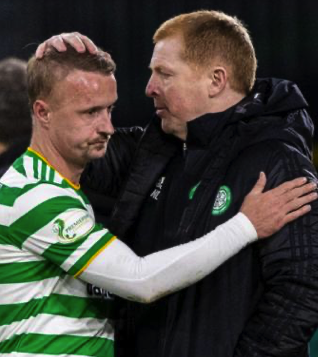 THE ODD COUPLE…Leigh Griffiths with ex-boss Neil Lennon – before their public spat.

“He is a good people’s person and has empathy there. Now the opportunity is there for Leigh.

“I don’t think this boy is coming with any preconceived ideas.

“He would have had a big say in Leigh getting this additional year. Ange will have talked to people and done his homework and he will then have made the final decision.

“The fact he has got another year means that the new manager has seen something in Leigh and that has to be a positive or they wouldn’t have given him another contract.”

McGhee, now No.2 at Stockport, added: “It is up to Leigh now to give himself a fantastic pre-season and to get himself fit and to put himself into contention.

“When Celtic are dominating games and creating chances, then that is when Leigh is in his element.

“He comes alive in and around the box. A fit Leigh will convert more chances than anybody else.