Celtic Quick News on News Now
You are at:Home»Football Matters»IZAGUIRRE LOSES OUT
By CQN Magazine on 28th May 2016 Football Matters
EMILIO IZAGUIRRE put his Celtic quandary behind him to play in Honduras’ 1-0 loss against Argentina last night.
Gonzalo Higuain got the only goal of the Copa America warm-up clash just after the half-hour mark in San Juan.
Izaguirre, who started only two games with the five-in-a-row champions in 2016 after losing his left-back spot to Kiernan Tierney, lasted 71 minutes before being replaced by Edgardo Alverado. 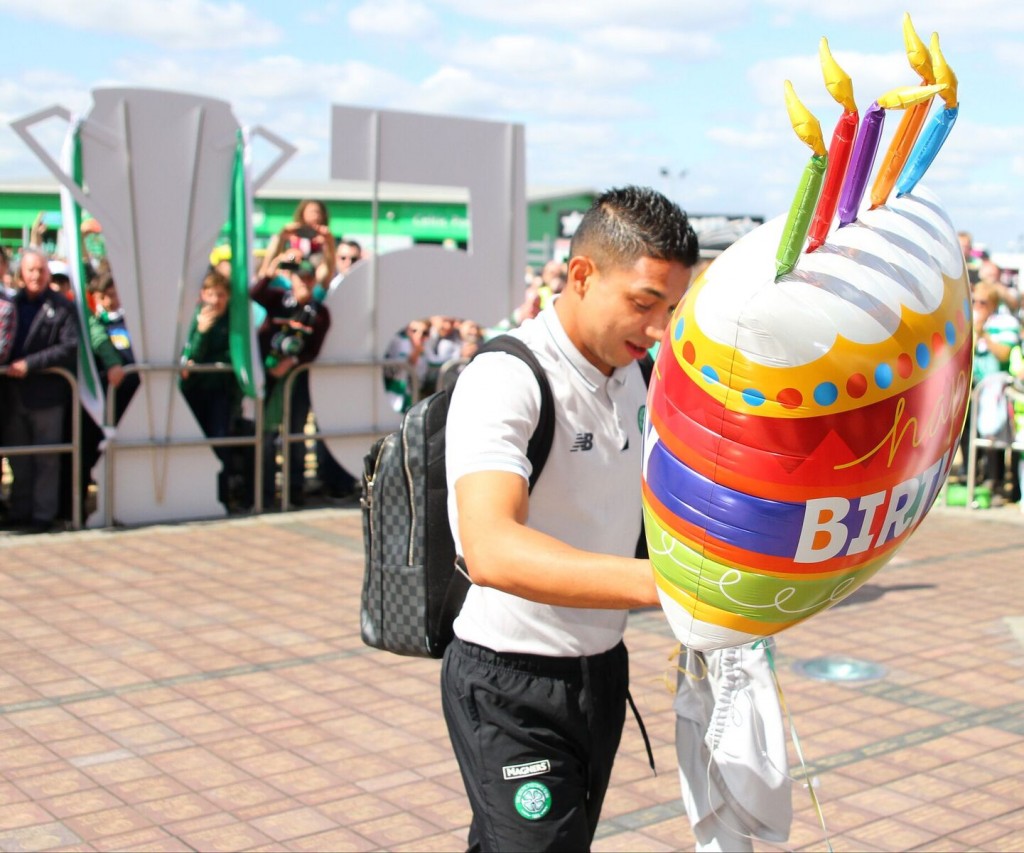 He said: “It is encouraging to be selected by Honduras. It is a blessing and I feel proud.”
The 30-year-old defender has one year left on his Hoops contract after joining from Motagua in 2010 following impressive performances for his country in that summer’s World Cup Finals in Brazil.
Izaguirre has been linked with clubs in the MLS and Spain, but will return to Parkhead next month for pre-season training. He said: “I have a contract and nobody has told me anything else.”
Argentina’s win was overshadowed by a back injury to Lionel Messi that saw the the Barcelona superstar taken off after 64 minutes.
The South Americans’ talisman faces a fight to be fit in time for his nation’s Copa America encounter against defending champions Chile a week tomorrow in California.
Napoli striker Higuain got the game’s solitary goal when he collected a pass from Marcos Rojo, swept past a defender and chipped keeper Donis Escober.
——————-
ORDER Charlie Gallagher? What a Player! from CQN Bookstore and get a copy SIGNED by the Lisbon Lion PLUS a FREE copy of The Winds of Change. ONLY from CQN Bookstore – simply order the Charlie Gallagher book HERE and we will do the rest.
Idea for a Father’s Day gift!