CELTIC star Emilio Izaguirre today paid a special tribute to his friend  and fellow countryman Arnold Peralta who lost his life this week in a shooting incident in Honduras. 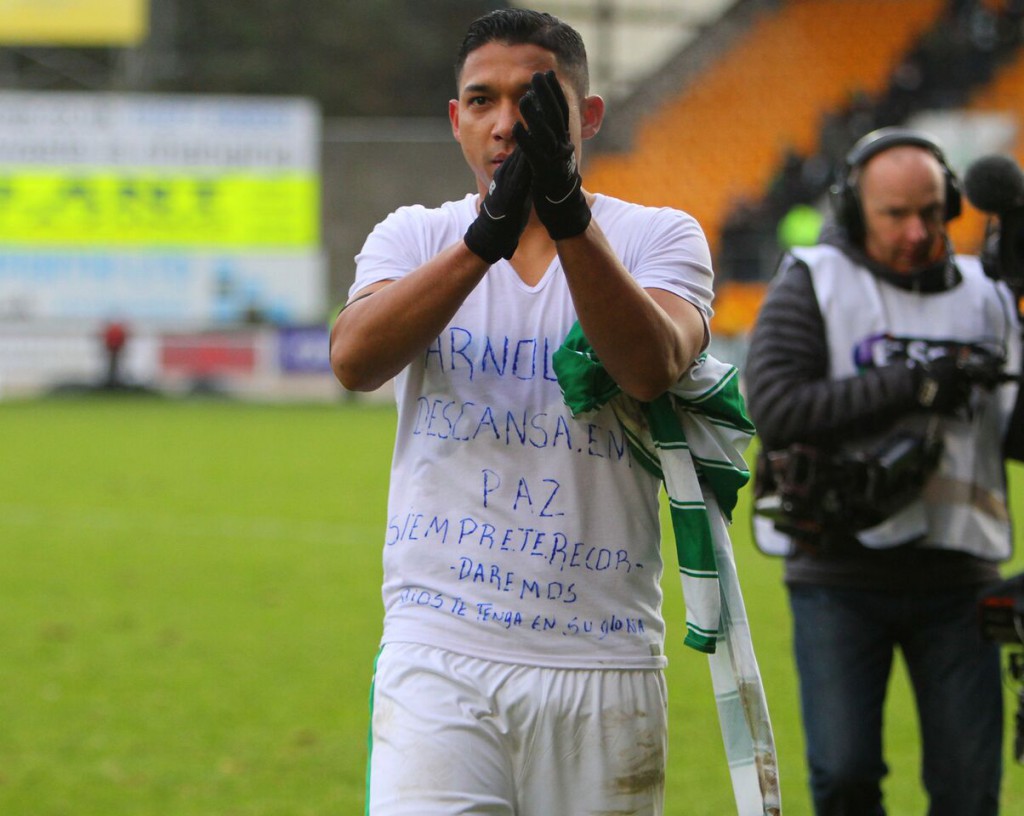 Izaguirre was on his knees praying before the start of each half and at the final whistle removed his Celtic shirt to display a heart felt message for his friend.

Before today’s match started St Johnstone held a minutes applause to mark the passing of former Saints legend Willie Coburn, who also passed away this week.

The Celtic left back was clearly upset during the tribute as he fell to his knees in prayer. Izaguirre wore an black armband with the  number 12 on it as a tribute to Peralta. His t-shirt display at the final whistle concluded a moving tribute to his lost friend.

News broke on Friday morning that Peralta had been shot dead in his hometown of La Ceiba while out shopping. The Daily Record carried a graphic image of the aftermath on its front page and STV tried to interview Izaguirre as he left training.  The two Hondurans were good friends and met up most days  during Peralta’s time in Scotland.

Thanks to CQN’s photographer Geo for these pics. 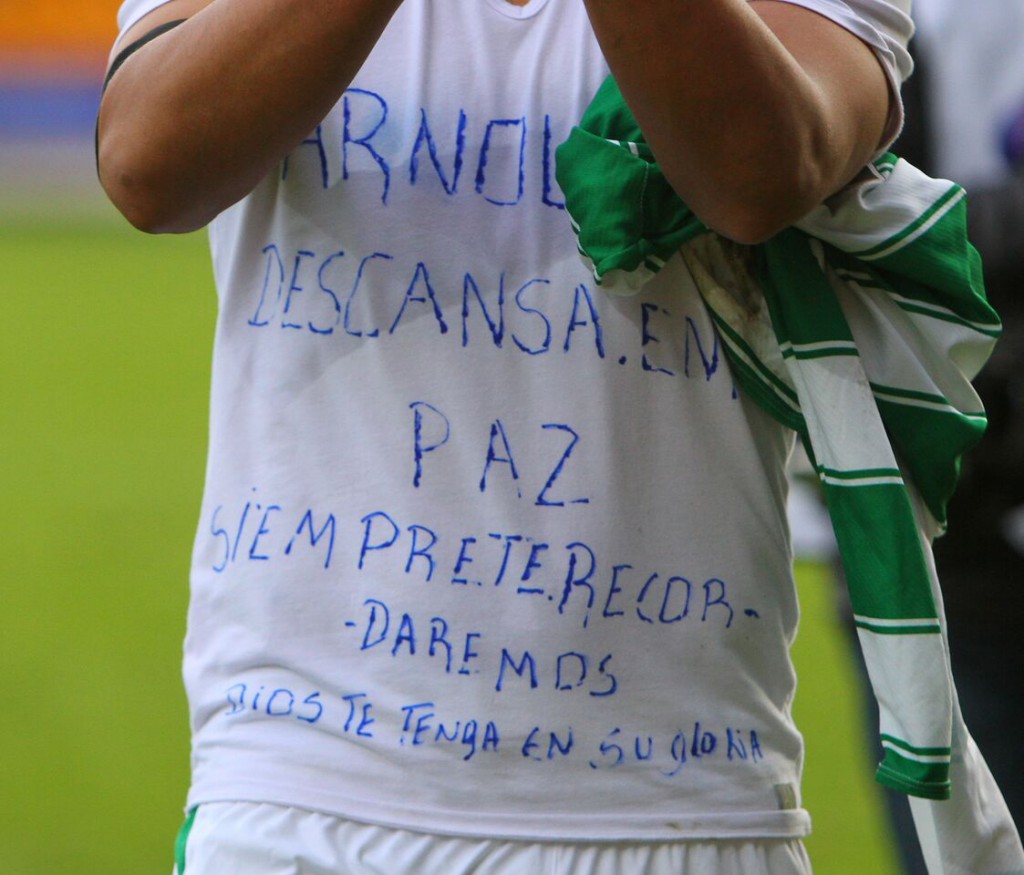