Celtic Quick News on News Now
You are at:Home»Latest News»‘JACK HAS MASSIVE FUTURE,’ CHRISTIE
By CQN Magazine on 16th May 2016 Latest News

RYAN CHRISTIE, the 2015 Scottish Young Player of the Year, has hailed the emergence of rookie striker Jack Aitchison at Celtic.
At 16 years and 71 days, Aitchison became the youngest player in the 128 years history of the club to make his debut AND score a goal as he managed in the 7-0 win over Motherwell. 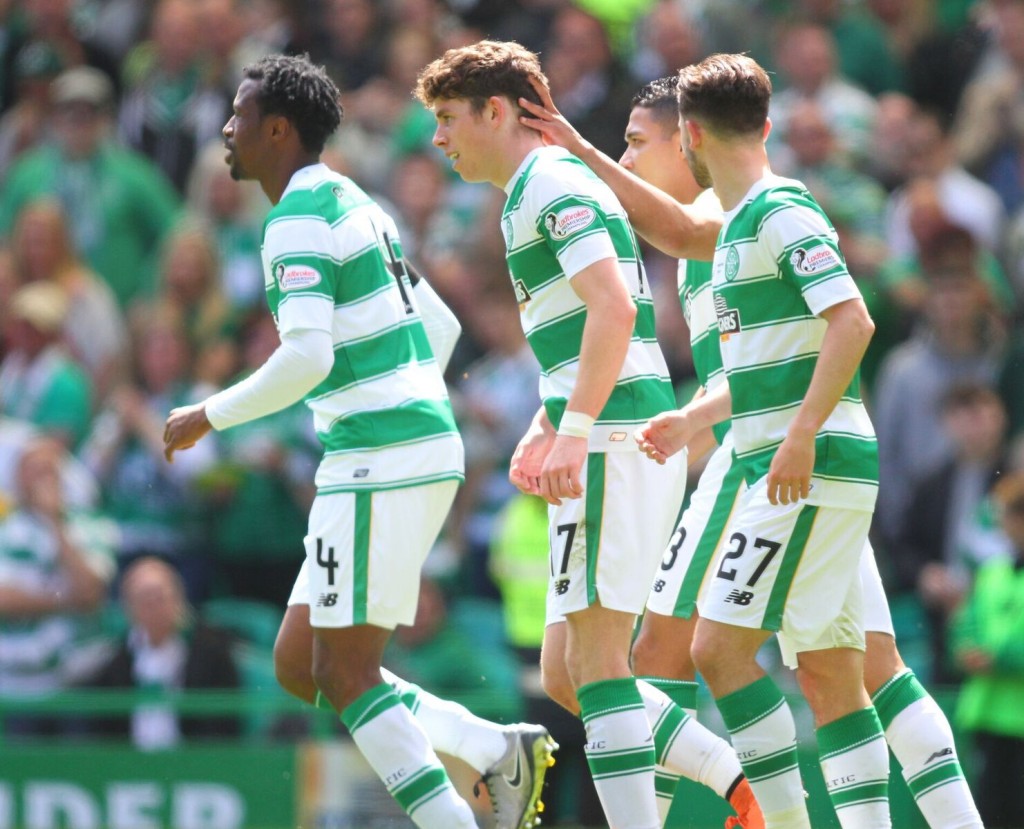 Christie, who turned 21 in February, also scored his first goal for the Hoops against Mark McGhee’s Fir Parkers, but he turned the spotlight on his fledgling team-mate and predicted a massive future for the player who netted within two minutes of making his appearance as a substitute.
He said: “I think it was his first touch as soon as he came on and I think every player in that changing room was delighted for the wee man.
“I’ve played a few Under-20s games with him and he has really impressed me.”I couldn’t believe how young he was when somebody told me. So, he has a giant future ahead of him if he keeps his head down.”
On his own situation, Christie, who cost £500,000 from Inverness Caley Thistle last August, added: “I’ve no complaints about how the last six months have gone,
“I feel I have improved as a player. Even coming in and being part of the team and training every day has definitely brought on my game in leaps and bounds.
“I’m just looking forward to next season. I wish a wee bit the season was still going. I was hoping to get one or two games which I managed to do.
“That was a target ticked off and now I’m just desperate to come back in next season.”
—————————————
CQN are planning to book advertising space in newspapers in England and Switzerland later this month in relation to Resolution 12. We are crowd funding this at the moment – thank you to everyone who has contributed so far.
The deadline this coming Friday and these advertisements are considerably more expensive that the Sunday Herald ad we booked last year. If you can contribute please do so HERE.
£5 from all books sold on CQNBookstore.com this week will be given to this Newspaper Statement fund.