And the Firhill striker isn’t surprised to see the 22-year-old defender gatecrash the Scotland international squad for the friendlies against Costa Rica at Hampden on Friday and Hungary in Budapest a week tonight.

Hendry was drafted into Alex McLeish’s player pool at the weekend after the withdrawals of Hoops colleague Kieran Tierney and Norwich City’s Russell Martin, currently on loan at Ibrox.

Doolan said: “Jack was the kind of boy who probably needed somebody to give him that chance and to look after him.

“Young players will have ups and downs, but he was given that chance at Thistle and, to be fair to him, he took it well. 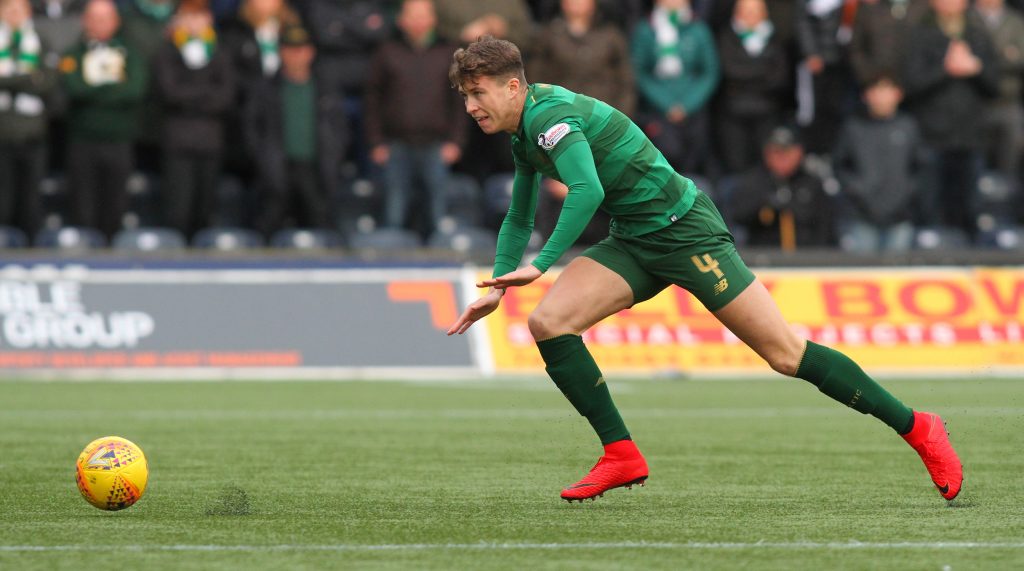 BALL BHOY…Jack Hendry in a race for possession during his debut at Kilmarnock.

“He was excellent when he was playing with us. He had all the attributes and I’m not surprised he is playing for Celtic and on the international scene.

“It’s great to see how far he is going. He played a handful of games for us and went down south, moved about down there, had a few games at Dundee and, all of a sudden, he’s at Celtic and in the Scotland squad.

“It’s been a quick rise for him, but, in football, if you are doing well, as Jack is, then people will take notice.

“It’s great to see and I hope he does really well.”

Doolan added: “He probably fits the bill for Celtic in that he’s very good on the ball and comfortable in possession.

“He will go and take the ball off the keeper, he’s confident and he has that little burst of pace that can take him into the middle of the park.

“He has good close control and he’s a typical Celtic-type of defender. He’s still young enough that he could develop even further.

“I’m sure the coaches at Celtic will be working hard with him and he is a good learner.

“He listens and he’s a good lad, taking on information and processing it well.”