JAMES FORREST will kick off season 2021/22 as the sole survivor from the EIGHTEEN players in the Celtic squad who embarked upon the spectacular nine-in-a-row sequence a decade ago.

And the Scotland international, who celebrates his 30th birthday today, will be a key man as Ange Postecoglou prepares to get the Hoops back on track after a wretched season where they blew the opportunity of a historic tenth successive crown.

Back on Sunday, July 24 2011, Forrest and his team-mates got the ball rolling against Hibs at Easter Road in the run to a record-equalling nine consecutive championships.

The tricky winger came on as a second-half substitute in Edinburgh as strikes from Anthony Stokes and Ki Sung-Yeung heralded a winning start for the Parkhead men. 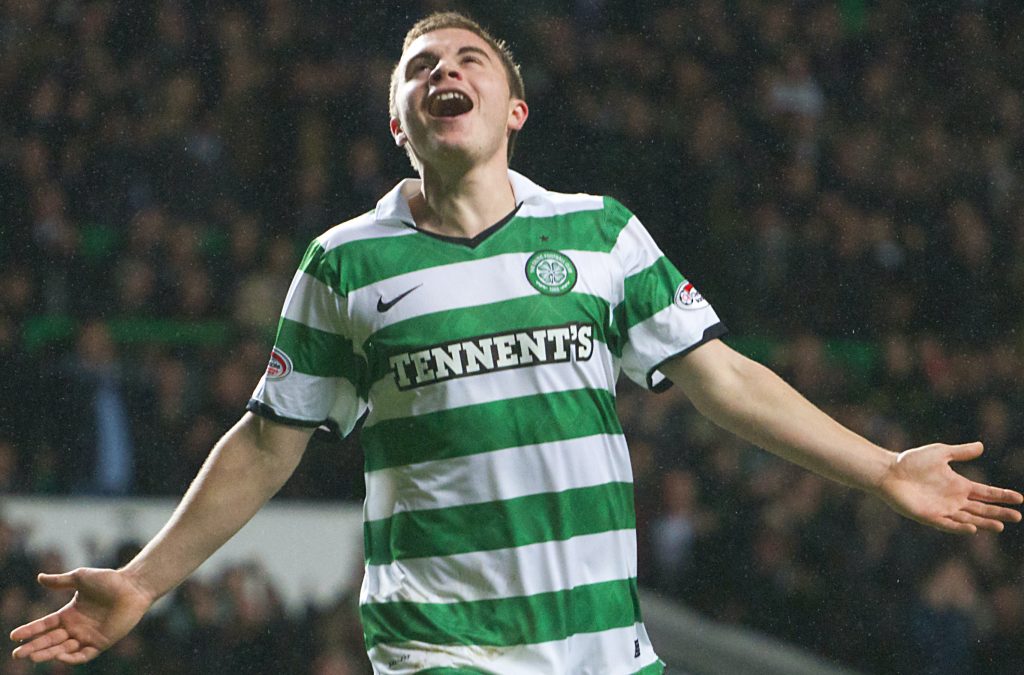 THE CELTIC SURVIVOR…James Forrest in action (above) in 2011 and still going strong last season as he celebrates a rare header in the 2-1 win over St Mirren in Paisley last year. He is congratulated by Patryk Klimala and Scott Brown who have since left the club. 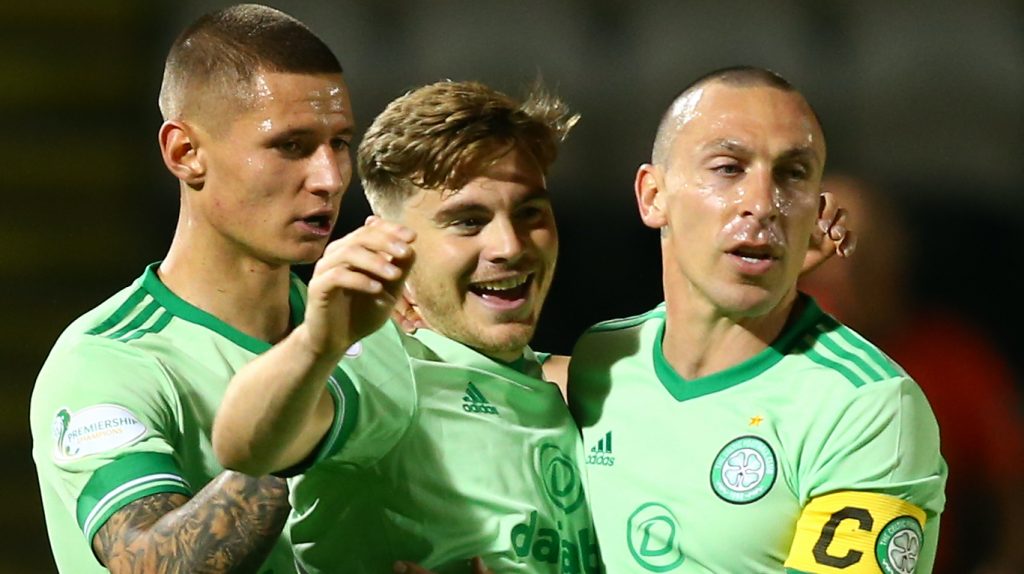 Skipper Scott Brown missed the occasion after carrying over a suspension from the previous term. And, of course, the old midfield warrior, who turned 36 last month, will be with Aberdeen in the new campaign in his player/coaching role.

Back in the summer of 2011, Neil Lennon was in charge first-time around. He left along with his backroom staff in June 2014 to be replaced by Ronny Deila and his No.2 John Collins. The Norwegian and the former Hoops and Scotland midfielder moved on with Brendan Rodgers’ dynamic arrival in May 2016.

Lennon returned to the hot seat in February 2019 after his predecessor had quit for Leicester City following a successful two-and-a-half years. But it was all over for the Hoops legend, who won 10 titles at Parkhead, on February 23 when he departed the club only two days after a humiliating 1-0 loss to relegation-threatened Ross County in Dingwall. 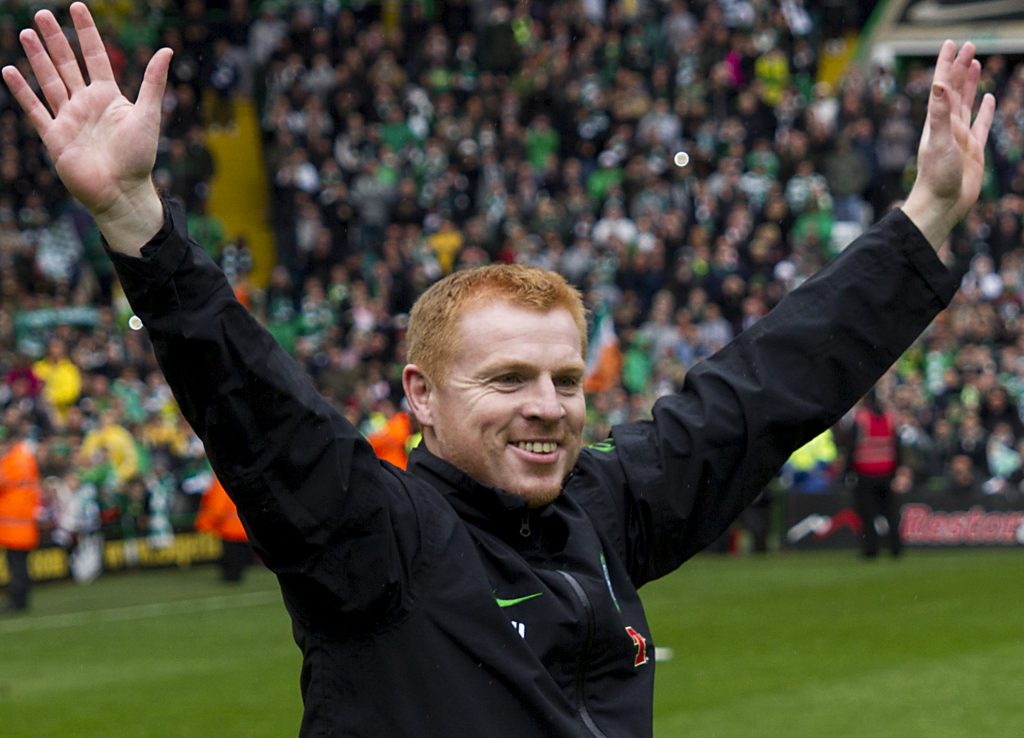 In another CQN SPECIAL, here are the players who were victorious in Edinburgh a decade ago to begin the quest for nine crowns that equalled the marvellous feat of Jock Stein and his all-stars from 1966 to 1974.

LUKASZ ZALUSKA: The keeper, now 39, was signed from Dundee United on a Bosman deal as back-up to his fellow-Pole Artur Boruc in 2009. He failed to establish himself in the first team and was also stand-by for Fraser Forster and then Craig Gordon. He was released six years ago and joined Bundesliga side SV Darmstadt 98. He also had spells at Miedz Legnica, Wisla Krakow and Pogon Szczecin.

MARK WILSON: Arrived from Dundee United for £500,000 in 2006, the right-back captained Celtic against Hibs in the absence of the suspended Scott Brown. He won a league medal in his final season at the club in 2012. After a year at Bristol City, he returned to Tannadice. The 37-year-old once-capped international defender played 12 games for Dumbarton in 2015 before being released and had a stint as manager of Airdrie in 2016/17. Now working in the media. 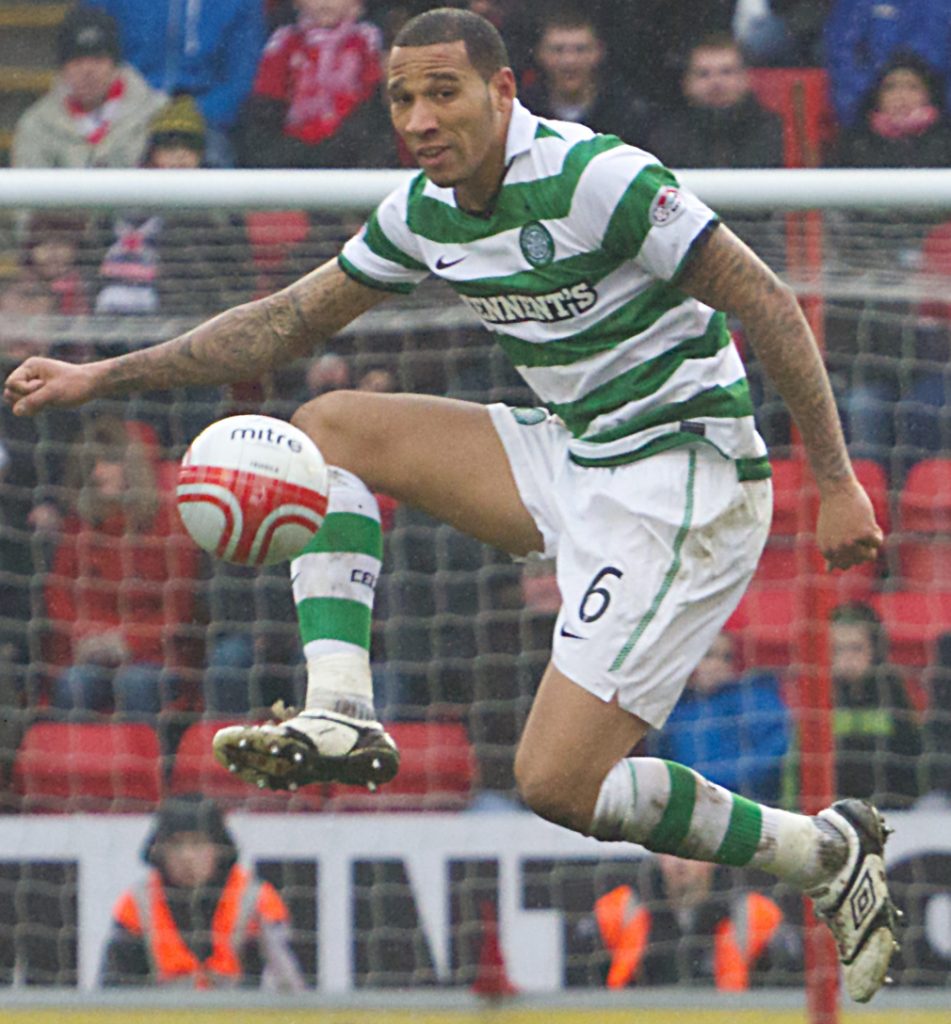 KELVIN WILSON: Neil Lennon brought his former Nottingham Forest team-mate to Parkhead on a Bosman in the summer of 2011 and the centre-half, now 36, made his first appearance at Easter Road. He spent two years in the east end of Glasgow before returning to the City Ground in a £2.5million deal. Left the club in 2016 and had a spell with Rotherham.

GLENN LOOVENS: The Dutch central defender, signed from Cardiff City for £2.1million in August 2008, was also on the way out at the end of the title-winning campaign. He spent a season with Spanish outfit Real Zaragoza before joining Sheffield Wednesday on a free transfer in December 2013. The 36-year-old stopper moved to Sunderland for £500,000 in 2018, but left a year later.

EMILIO IZAGUIRRE: The 35-year-old Honduran international defender, signed from Motagua for £675,000 in August 2010, lost his left-back place to Kieran Tierney six seasons ago and quit after seven years for a brief stint at Saudi Arabian outfit Al-Fayha. Returned three summers ago, but was on the move again when his one-year deal expired. He signed a 12-month contract with former club Motagua.

BERAM KAYAL: The Israeli midfielder cost around £1.5million when he joined from Maccabi Hafia in 2010. An ankle injury kept him out for four months and he faded from the first team picture when Deila replaced Lennon. The 33-year-old dynamo helped Brighton to promotion to the top flight before being released.

JOE LEDLEY: The Welsh international arrived on a Bosman from Cardiff City in 2010 and became a key man for the Hoops. The 34-year-old playmaker was sold for £800,000 to Crystal Palace in January 2014 when he only had five months left on his contract. He joined Championship side Derby County in September 2017 and his contract was terminated by mutual consent in January 2019. He played one game for Charlton before moving to Aussie A-league outfit Newcastle Jets. Returned to the UK last season is now with Newport. 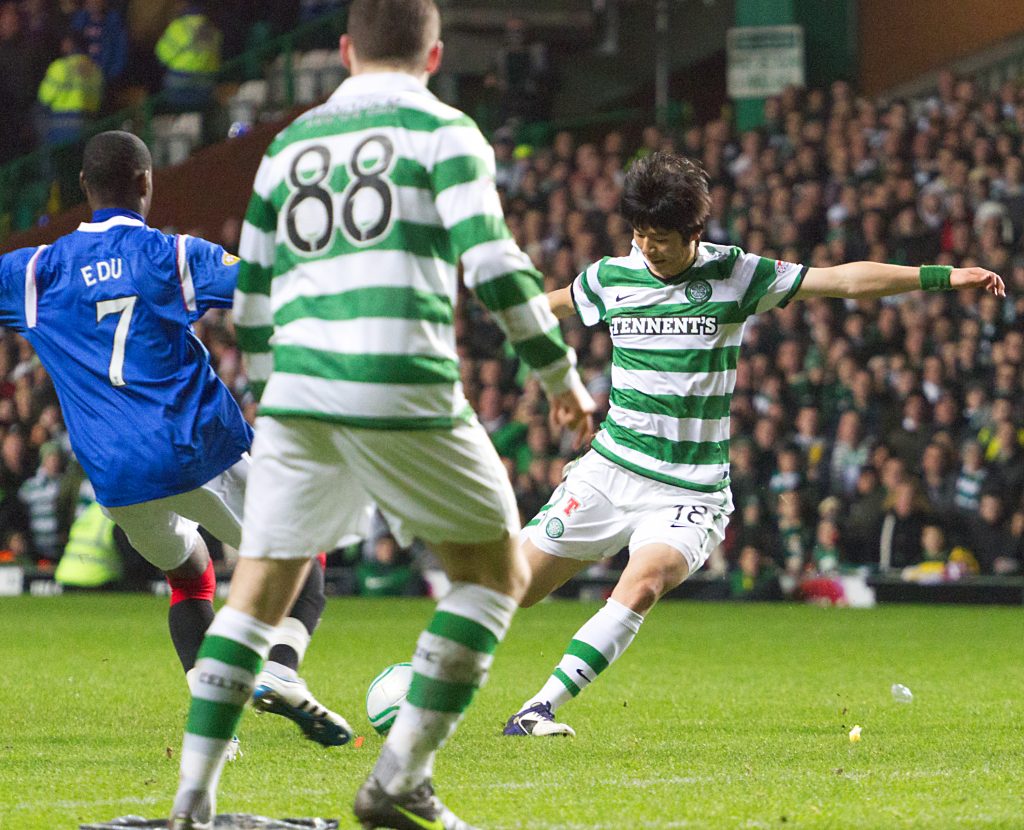 KI SUNG-YEUNG: The South Korean midfielder, signed from FC Seoul for £2.1million in 2009, scored seven times for the title-winners and claimed the second goal against Hibs in the 63rd minute. The 32-year-old moved to Premier League side Swansea City in 2012 for £6million and had a loan spell at Sunderland before returning to the Welsh outfit. Left Newcastle a year ago and played  summer. Played one game for Real Mallorca before returning to FC Seoul on a one-year deal.

KRIS COMMONS: The 37-year-old former Scotland international midfielder, who missed a penalty-kick against Hibs, arrived for a bargain £300,000 from Derby County in January 2011. He failed to make a solitary appearance in Brendan Rodgers’ first campaign in 2016/17 and left at the end of that season when his contract expired. Commons also had a loan spell at Lennon’s Hibs before calling it a day to concentrate on a career in the media. 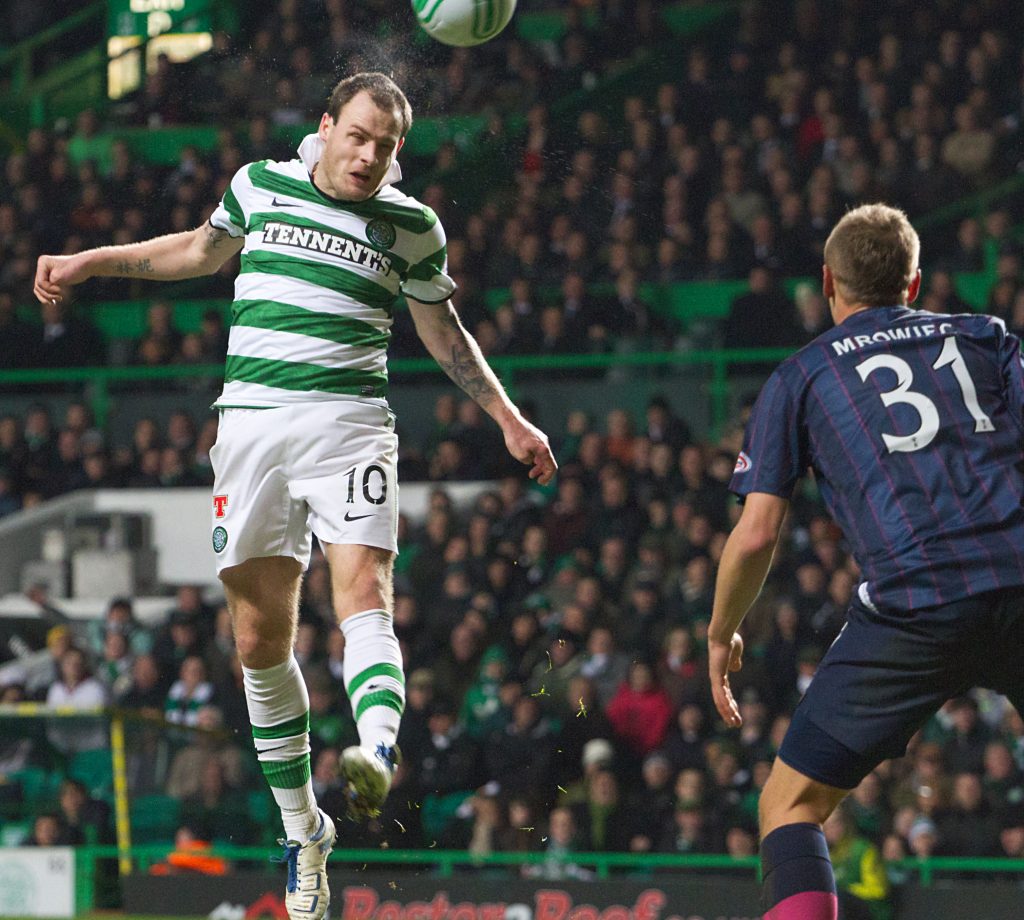 ANTHONY STOKES: The Republic of Ireland international, who arrived in a £1.2million deal from Hibs in August 2010, grabbed the 14th-minute opener against his old club, where he spent five months on loan in 2016 and helped them to win their first Scottish Cup in 114 years. The 33-year-old frontman left Parkhead that summer to join Blackburn Rovers. After a third spell at Hibs, where he was released by Lennon, he had a disastrous two-month spell at Greek club Apollon Smyrni before joining Iranian side Tractor Sazi in June last year. Also played for Turkish outfit Adana Demispor and Persian Gulf side Persepolis. Last season, had his contract scrapped at Livingston a week after signing! 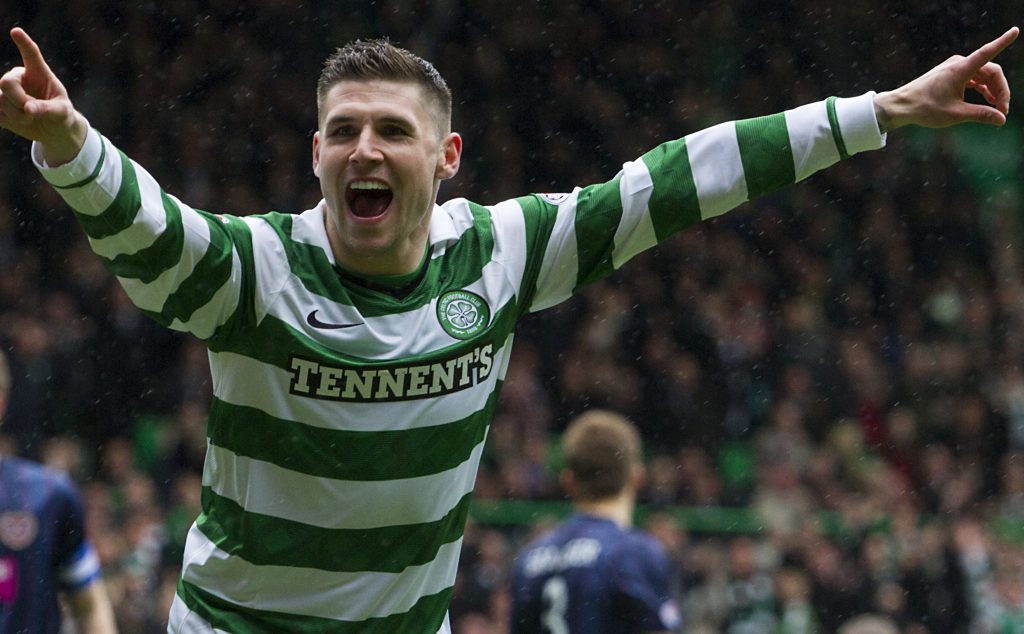 GARY HOOPER: The striker was an inspired £2.4million signing by Lennon from Scunthorpe in July 2010. The Englishman scored 63 goals in 95 league games before Norwich City paid £5million to take him to Carrow Road in July 2013. The goals dried up in East Anglia and the 32-year-old moved to Sheffield Wednesday in a £2.5million switch in January 2016. He was released two years later. Had a spell Down Under at Wellington Phoenix before moving to the Indian Super League.

JAMES FORREST: The winger replaced Commons on the hour mark. The Scotland international made his breakthrough in season 2009/10, but failed to settle until Rodgers arrived and put him back on track. Struggled with an ankle injury for a chunk of last season and the team clearly missed his experience and leadership qualities. He has won an outstanding 19 medals and is under contract until 2022. 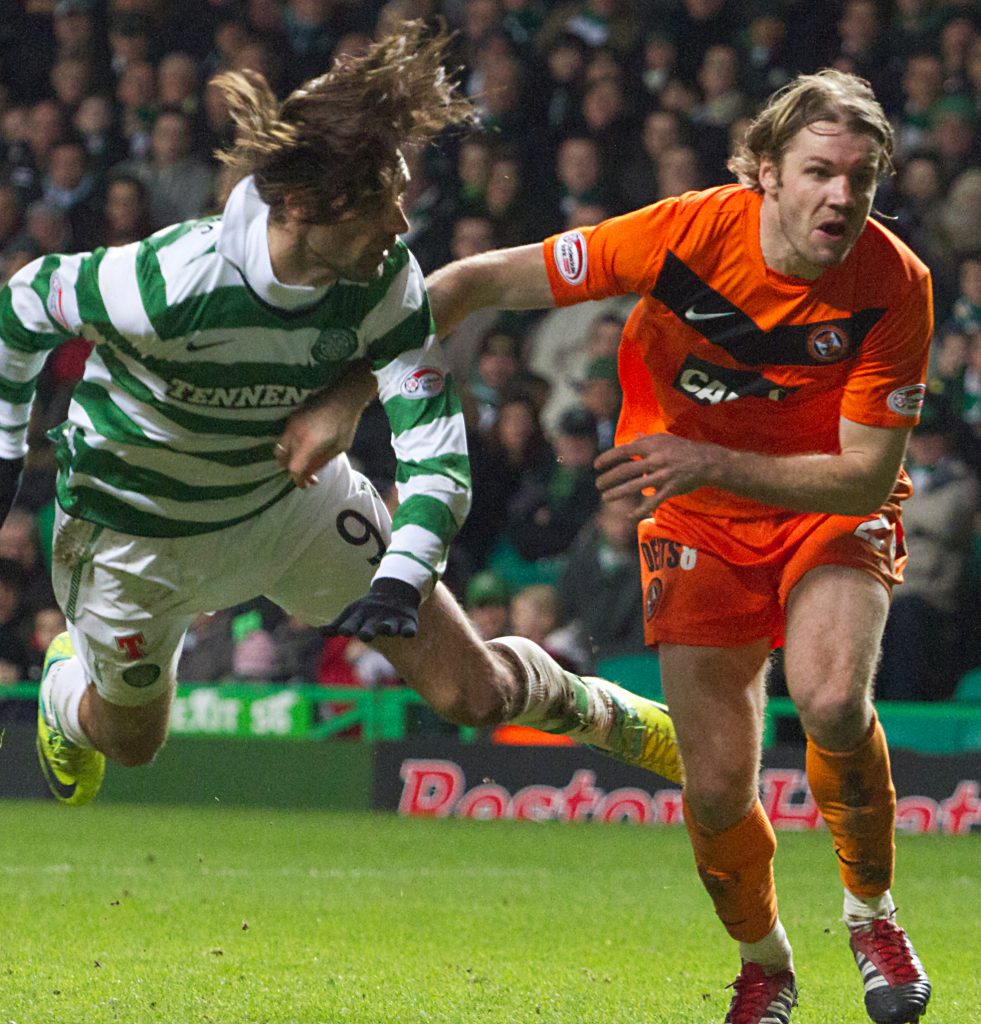 GEORGIOS SAMARAS: Came on as a 79th-minute substitute for Stokes. Gordon Strachan signed him for £2.5million from Manchester City in 2008 after the Greek international impressed during his initial loan period. The 36-year-old attacker left in 2014 at the end of his contract and signed for West Brom. Also had a spell with little-known American outfit Rayo OKC and then Real Zaragoza. Signed for Turkish side Samsunspor in August 2017. He retired from playing two years ago.

SHAUN MALONEY: Had only four minutes on the pitch after replacing Hooper. The 38-year-old was in his second spell at Parkhead after starting out in 2000 under Martin O’Neill and then rejoining the Irishman at Aston Villa for £1million in 2007. He returned to the Hoops a year later for £3million. He left in August 31, 2011 in an £850,000 deal for Wigan and had spells at Hull City and MLS outfit Chicago Fire. Quit as youth team coach at the Hoops three seasons ago to join Roberto Martinez’s Belgium international set-up.