NEW Japanese Bhoy Yosuke Ideguchi is determined to make up for a false start after his original European adventure didn’t quite go according to expectations.

The 25-year-old industrious midfielder arrived at Celtic with countrymen Daizen Maeda and Reo Hatate in a daring triple swoop on Hogmanay where they joined up with trailblazer Kyogo Furuhashi who arrived in late July.

Ideguchi left Gamba Osaka in 2018 for Leeds United and had loan spells in Spain with Cultural Leonesa and Germany with Greuther Furth before returning to his J-League team the following year. 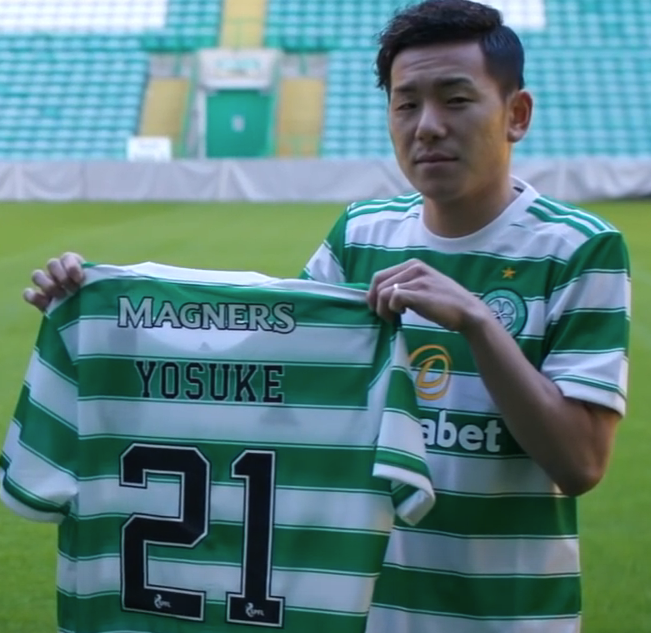 He is ready to relaunch his attempt to be a success in the European arena and he declared: “The first time I went abroad as a football player, personally I couldn’t leave the result I wanted, so I always wanted to try again to play for an international team.

“So, this team gave me the second chance, so that’s why I 100 per cent wanted to go to Celtic.”

Ange Postecoglou has told the grafter to concentrate on playing his own game, winning the ball and setting the team in motion.

Ideguchi, speaking to the club website, added: “He said to focus on my own style and just play in my own style.

“I think hard work is pretty much my style, which is one thing, also getting the ball and from there, leading towards the attack, so I would love for everyone to watch my type of style.

“In terms of football, my team-mates have been amazing, the staff have been really friendly here, so I think I’m settling in well.

The Premiership restarts on Monday with a visit from Hibs to a Parkhead which should be rocking after the green light from the Scottish Government to lift crowd restrictions.