BLUNDERING Boli Bolingoli is facing a stinging EIGHT-MATCH ban – and that could jeopardise a loan deal with French second-tier outfit Amiens SC.

The bungling Belgian defender, who threw Celtic’s season into chaos after his secret trip to high-risk Spain, has been charged with bringing the game into disrepute.

Bolingoli has been cited by the SFA for breaching the Scottish Government’s 14-day quarantine protocol during the coronavirus pandemic.

The errant 25-year-old left-back, who cost the champions £3million when he joined from Vienna Rapid last summer, flew to Malaga without club permission and ignored the self-isolation guidelines when he returned. He trained with his team-mates at Lennoxtown and even played the final nine minutes of the 1-1 draw with Kilmarnock at Rugby Park on Sunday.

First Minister Nicola Sturgeon acted swiftly to cancel Neil Lennon’s side’s scheduled Premiership meeting with St Mirren in Paisley in midweek and this afternoon’s game against Aberdeen at Parkhead has also been called off as a consequence of Bolingoli’s selfish and inexplicable actions.

He can now expect Scotland’s football bosses to throw the book at him and that could include a hefty fine and a severe suspension of up to eight matches. 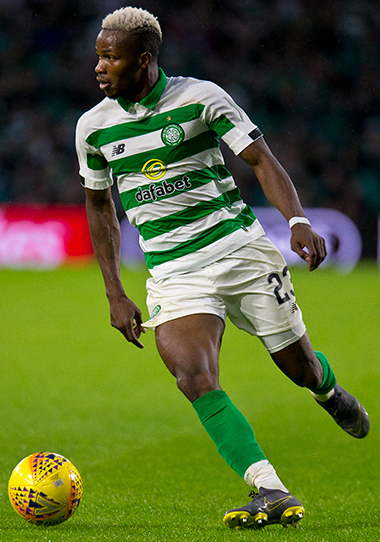 That could kill off the French interest in the player with a ban carrying over to their domestic season. The newly-relegated side were going to attempt to push through a quickfire loan switch, as CQN reported.

Celtic want to offload Bolingoli who still has three years to run on his contract and a temporary transfer would be the ideal solution with a view to a permanent move at the end of the campaign.

There had been reports Amiens SC may have been persuaded to pay £2.3million for the outcast if he had impressed. A massive spell on the sidelines is likely to kill the proposed deal.

Aberdeen have eight players who are also heading for lengthy expulsions from the game. They have also been charged with bringing the game into disrepute after they visited a city centre pub following the team’s first Premiership outing of the season a fortnight ago.

Meanwhile, the Scottish Professional Football League have also opened separate disciplinary proceedings against each of the clubs involved for alleged breaches of the SPFL’s Covid-19 – Requirements and Testing Regulation.