EVAN WILLIAMS, who celebrates his 79th birthday today, was left in tears after the game of his life on May 6 1970.

The goalkeeper, who had been brought to the club from Wolves the previous year, was probably the only Celtic player to emerge from the European Cup Final loss to Feyenoord at the San Siro Stadium with any credit.

Williams was mainly responsible for the encounter going into extra-time, but he was helpless when Ove Kindvall netted the winner as the match edged towards a replay. Only three minutes remained when the lively striker lobbed the ball over the stranded netminder. 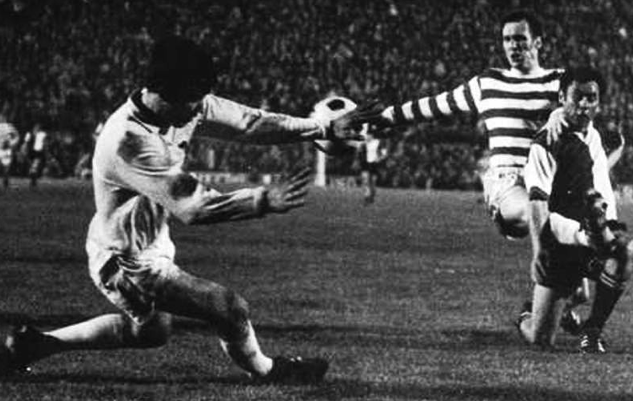 SAN SIRO SAVIOUR…Evan Williams repels a Feyenoord raid as an attacker gets in ahead of Billy McNeill.

Former player and manager Davie Hay, who faced the Dutch outfit that awful evening, told CQN: “Everyone had sympathy for Evan after that game.

“Naturally, we were sick at losing for our support and we were disappointed for ourselves, but you had to feel for our goalie.

“Evan was a popular guy among the players and, of course, he had taken over the job of attempting to replace the legendary Ronnie Simpson. A fairly daunting task.

“He was immense in Milan. In normal circumstances, Evan had to work hard to maintain his concentration because the play was usually in the opposition’s half of the field.

“It was different against Feyenoord, of course. We were caught on the wrong foot with their tactics and to say they surprised us with their forceful play would be one of the game’s all-time understatements. Evan was our Man of the Match that night.

“It was just a pity he didn’t have a winner’s medal to show for his mighty efforts.” 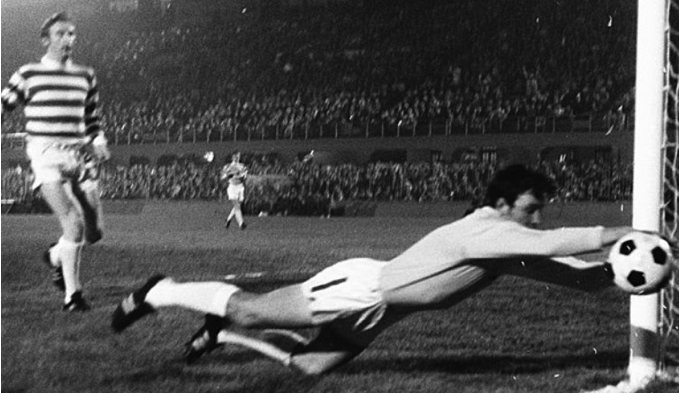 Were Celtic complacent against Wim Jansen and Co? Williams replies: “I don’t know. We just didn’t play well. It was the best day of my football life and the saddest, as well.”

The Dumbarton-born custodian’s journey to his boyhood favourites kicked off at now-defunct Third Lanark in 1964 and he left two years later for the Molineux club where he played mainly as back-up to Phil Parkes and made only 13 league appearances.

He joined the Hoops on October 14 1969 and accepted a FIFTY PER CENT wage cut in the process. The starting wage at Parkhead was £50 and the netminder would have earned double by remaining across the border, but his heart was set on playing for the club of his dreams.

On the day of the European Cup Final on May 25 1967 he bet his Wolves team-mates £5 that Celtic would make history and beat favourites Inter Milan to lift the coveted silverware. Williams recalled: “A fiver was a lot of money back then.” 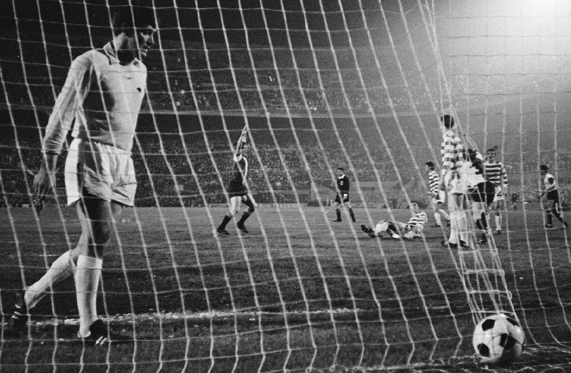 SINKING FEELING…Evan Williams retries the ball from the net after Rinus Israel’s equaliser in the 1970 European Cup Final.

Williams picked up four championship medals and two Scottish Cup badges during his time at the Glasgow giants before leaving on May 6 1974 to wind down his career at Clyde.

Stein was the man who didn’t hesitate in bringing the player to Celtic, but the shotstopper recalled: “Jock didn’t like goalies. Ronnie and I debated this a hundred times. To him it was like we were a necessary evil. He was never off our backs.

“I remember a game at Morton when I dropped the ball and that was us 1-0 down. Big Jock got stuck into me at half-time and I said: ‘Don’t worry, boss, that’s in the past.’ He was speechless. I don’t think anyone had ever brushed off his criticism like that. We went back out and scored five goals.”

Williams was on the receiving end of a few run-ins with the club’s iconic manager.

He looked back: “At Wolves, I was used to being ready early for training, but in one of my early sessions with Celtic Big Jock told Bertie Auld and Tommy Gemmell to look after the new boy and show him the ropes.

“They held back and let all the other players head off to Barrowfield. When we were eventually walking up the road to the training HQ they asked me what I wanted for breakfast. I wasn’t sure about this, but they said: ‘Come on, we always get a roll and sausage and a cup of tea from Maggie’s Cafe.’ 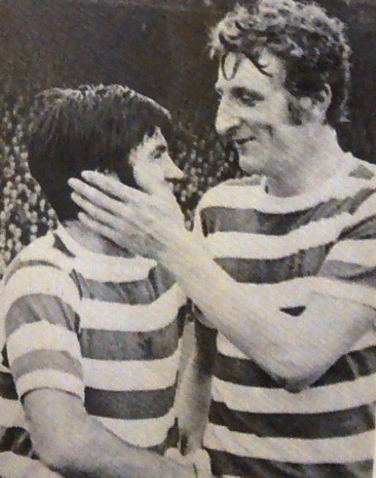 A COUPLE OF JOKERS…Celtic legends Bertie Auld and Tommy Gemmell.

“I was munching away just as Big Jock’s green Merc went past. Those jokers, who were behind me, had already chucked their rolls in a bin. Jock fined me 25 quid, half my wage. I couldn’t clype on Bertie and Tam otherwise I wouldn’t have been part of the gang.”

Williams also tells an amusing tale about signing a fresh contract at the club.

“I was informed Jock wanted to see me,” he recalled. “I knew I was due a new deal, so I was happy to sign on again. Jock was sitting in his office when he pushed a contract in front of me.

“I was getting an extra fiver, that seemed to be the going rate at the time. Jock thought I was hesitating about signing when he suddenly grabbed the contract, opened a drawer and threw it in. ‘If it’s not good enough for you, then that’s it,’ he growled.

“I looked at him and said: ‘For God’s sake give me a chance to get a pen, Boss!’

“That’s the way it was in those days. I was almost out the door before I knew what I was doing. There were no such things as negotiations. 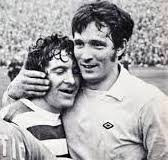 HAMPDEN HAPPY DAZE…Evan Williams and hat-trick hero Dixie Deans after the 6-1 Scottish Cup Final win over Hibs on May 6 1972.

“Mind you, I did get my own back on him when we were playing Fiorentina in Italy on that run to Milan. We had won 3-0 in Glasgow, but they had pulled one back and we were under the cosh. Then they were awarded a free-kick just outside our box.

“Their player sized up the situation and drilled in an effort. Big Jock was apoplectic as to what happened next. I ducked under the Italian’s shot and let the ball sail serenely into the net.

“Big Jock was up on his feet, arms waving all over the place and snarling at me. Thankfully, he simmered down when he spotted that the referee had awarded Fiorentina an INDIRECT free-kick.

“It was worth it just to see the look on Jock’s face.”

* TOMORROW: Don’t miss Day Two of the EXCLUSIVE tales of Evan Williams and his confrontations with Big Jock.