Celtic Quick News on News Now
You are at:Home»Lions & Legends»JOCK STEIN – A MAN FOR ALL SEASONS
By CQN Magazine on 5th September 2015 Lions & Legends 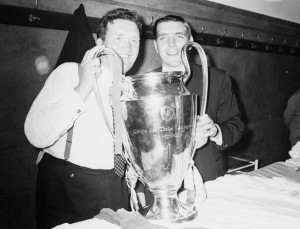 JOCK STEIN’S SHADOW LOOMS OVER SCOTTISH FOOTBALL, TWO CLUBS IN PARTICULAR. SOME JEALOUSLY HATE HIM. OTHERS IDOLISES HIM. ONLY ONE MAN HAS TO WALK IN HIS FOOTSTEPS THOUGH. JAMES FORREST ARGUES THAT STEIN’S ACHIEVEMENTS NEED NOT BE DAUNTING FOR THE MAN WHO NOW HOLDS HIS FORMER POST.

I grew up watching Rangers win leagues. The first league title I can remember being decided was in 1986, when we pipped Hearts on the last day of the season. I was still some months short of my 10th birthday. I remember a butchers shop and a guy behind the counter dancing and hugging his co-worker, telling us Celtic had done it. If I celebrated that win, I did it with lemonade rather than a beer. When we won the Centenary Double two years later I might have been forgiven for thinking this is what it would always be like; Celtic would be consistent winners, never more than a year from success.
It was to be nine years before I saw another title win. When I did I was just shy of 21.
David Hay, Billy McNeill and then Wim Jansen won the first three titles I remember. Martin O’Neill came next, and then Gordon Strachan. These are the managers I associate with success, the men who gave me reasons to believe.

My father had Jock Stein. I have always envied him that, he and the others of his generation, who saw so much success they might have taken it for granted. The dark years of Rangers dominance, winning nine titles, was long enough, and hard enough, for a guy like me to take. I shudder to think how awful they must have been for the guys who were brought up on the glories of the 60’s and 70’s.

In terms of what it means to this club, that period was everything, and if the achievements of Stein haunt Rangers – and they do, as the hatred their fans feel for him demonstrates – then I think they haunt my generation of Celtic fans too. Jock Stein towers over the history of this club, the shadow he casts falling over us as surely as it falls over Ibrox. He is the Everest of our ambitions, to be aspired to but never beaten. 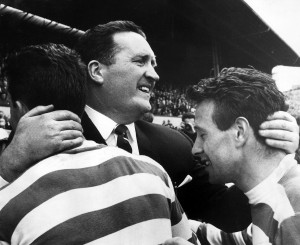 They say it is a curse to be the child of an accomplished parent, because the pressure to live up to the standards set before you is often unbearable. The trick, some say, is not even to try, to chart a different course, to break free of the mould. Of all the choices made by Frank Sinatra Jnr, the worst perhaps was to try to be a singer. It would have been better had he studied law or become a doctor; anything but trying to follow in such awesome footsteps, to try to live up to the standards of a legend.

No other options are available for any man who sits in the manager’s office at Celtic Park. He must try, always, to stand side by side with a giant. This father figure looms over all, from the statue which greets him as he steps out of his car and the bust which awaits him once inside the door, to the pictures on every wall. Within our club, Jock Stein is everywhere, watching every move, his gaze scrutinising every choice and decision.

To measure up to him is impossible. To live up the ideals he represents is all anyone can ever hope for, and that task has proved beyond the talents of most of those who have held the post since he left it. Those lofty notions – of beautiful football, of a focus on home grown talent, of a side which plays without fear – are, some say, impossible in the modern game. I point to Barcelona and say that’s not true.

The lesson from Barcelona has escaped the attention of many commentators, who are too awestruck to see it. Jock Stein would have recognised it, though. In a game which has become increasingly defensive in nature, no-one was ready for a side which abandoned all “modern thinking” and reverted back to an approach most thought had been abandoned. When Stein pioneered the attacking style, it was as original as it recently seemed antiquated before the Spaniards turned the world on its head. Guardiola has done something amazing, but it is no more than what Stein did before him.

Stein would have refused to be constrained by the “modern thinking” which surrounds us. He would have laughed at the idea of attacking football as a form of tactical naivety. He would have mocked those who said the game had changed, and left behind such a mind-set. When he came up against the tactics Helenio Herrera had used to build his formidable Inter Milan team, Herrera’s mentality was becoming the dominant one in European football at the time. Stein was not awed. He did not seek to copy or emulate it, as others had, but instead went about dismantling it. In a mere 90 minutes, as Europe watched, he destroyed it utterly. He exposed its every limitation and changed the way other managers approached the game. Those who claim catenaccio died in the 1972 Final, when Inter were taken apart by Ajax, are blindly ignoring the facts. European club competition had witnessed Total Football annihilate the same system five years before. 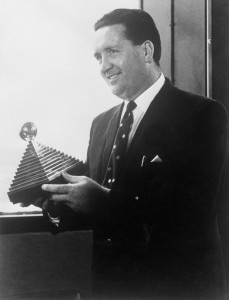 Neil Lennon is the latest manager to sit in the place vacated by Stein. He would be forgiven if he was intimidated by that, but we already know him to be a man as brave as anyone who has ever come to the job, a man not daunted by much, even threats to his own life. Lennon knows whose shoes he has to fill, whose standard he has to bear.

Lennon also knows how football should be played. Like Stein, he performed a defensive role on the field, but those who thought that would translate into a football philosophy already know how wrong they are. He labours to build a Celtic side capable of playing the game the way Stein would have wanted. Instead of being daunted by Stein’s example, Lennon has chosen to be inspired by it.

That fills me with hope. It would have filled Jock Stein with pride. He would recognised Lennon as one of his own, as a leader, as a man amongst men.

Jock Stein is a man for all seasons, the cornerstone not only of the club we know now but the one which might be.  He is the greatest man in the history of our club, but for Lennon his shadow need not loom so large.

Our manager is on the right road. Jock Stein has showed him the way.

*From the very first edition of CQN Magazine.