Celtic Quick News on News Now
You are at:Home»Lions & Legends»JOCK STEIN: ‘WHEN WILL WE SEE YOUR LIKE AGAIN?’
By CQN Magazine on 10th September 2021 Lions & Legends

THE legendary Jock Stein, at the age of 62, passed away on this day 36 years ago. This is an extract from the Alex Gordon’s ‘Lisbon Lions: 40th Anniversary’ book which paid tribute to the Big Man.

JOCK STEIN had his back turned to the pitch when West German referee Kurt Tschenscher put the whistle to his lips and blew for full-time to bring to a halt the most epic encounter in Celtic’s history.

Celtic were triumphant. Celtic had conquered Europe; the first British club to do so. Stein turned slowly and brought up his fist in acclaim. “Yes!” he shouted to no-one in particular.

The Celtic bench, 30 yards away, had already joined the cavorting players on the field of the Estadio Nacional and were whooping it up with the best of them. There is a famous photograph of the Celtic bench leaping around on the touchline seconds after full-time.

There is assistant manager Sean Fallon, substitute goalkeeper John Fallon and backroom boys Neilly Mochan, Bob Rooney and Jimmy Steele catapulting to their feet in salute. There is no sign of the man who masterminded it all, though.

With time ticking down, Jock Stein had decided to go walkabout. He strolled down the touchline while the action took place only yards away. Celtic were on the brink of an historic breakthrough, minutes away from becoming only the fifth team to win the European Cup.

But Jock Stein, for once, couldn’t bear to look. Those last remaining seconds must have been agonising for the Celtic gaffer. His hard work, toil, graft and genius were all fully rewarded as soon as that whistle sounded. 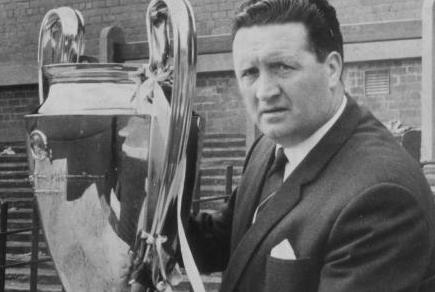 Back in Glasgow the following evening, the Celtic manager was cornered live on television as his beaming players paraded the newly-won European Cup to the adoring thousands at Celtic Park who turned out to welcome back their heroes.

The commentator pushed the microphone towards Stein and said: “I am told the secret is that Celtic are one big happy family and you keep it that way.”

Stein thought for a moment and replied: “Actually, there is a better secret than that – we are a good football team.” Surely, the manager was playing down the achievements of a team that now ruled Europe.

Celtic weren’t merely a good football team – they were a magnificent football team who echoed the thoughts, methods and ambitions of their equally outstanding manager.

Tongue-in-cheek? Possibly, but you just knew Stein was the phenomenon who drove forward not only Celtic, but also Scottish football, forward into a new era, achieving goals that were believed to be simply outrageous in earlier times. The enthusiasm of the man was staggering.

He would often be found at obscure Junior grounds on a night off watching Cambuslang Rangers, Johnstone Burgh or Baillieston. A few days later he could be taking in Manchester United v. Benfica. Football was football in its many shape and forms for Big Jock. His hunger for knowledge was insatiable.

Sir Matt Busby, the Manchester United legend who was a close friend of Stein, once recalled: “There were a few of us talking about a game we had just seen and some of us were discussing a goal that had been scored. To say we were dumbfounded when Big Jock had his say was to put it mildly. 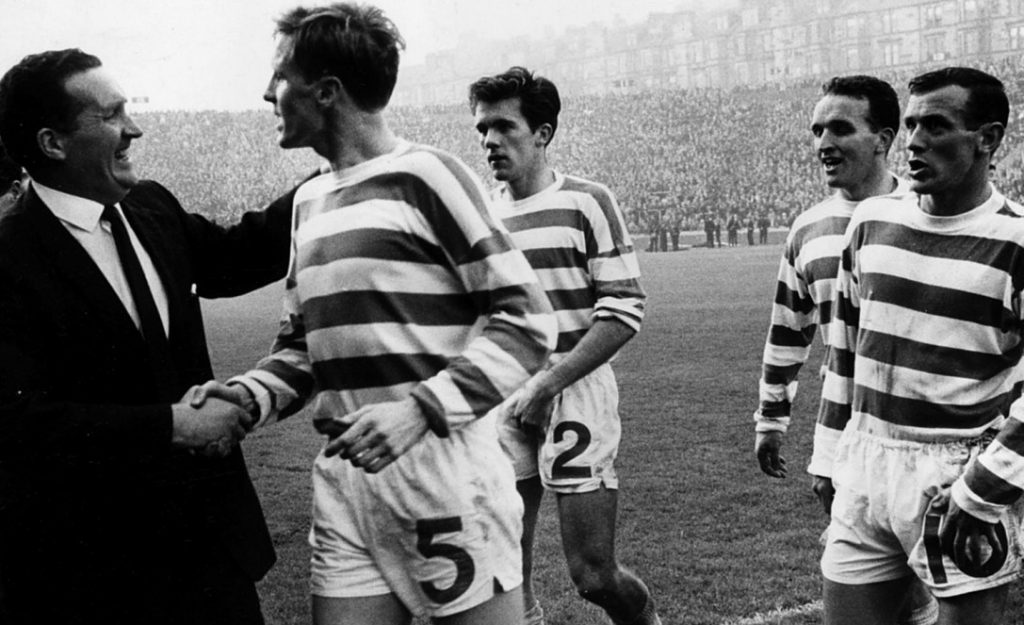 “He took the play back about a minute or so. He told us of how some player had chosen the wrong option and had given the ball away. How it was moved around before it found its way into the opponent’s net. He had a remarkable eye for detail and a memory bank that bordered on the impossible. As history shows, he put it all to a good use.”

“He insisted you helped out a colleague who may not have been having the best of days. He told you it may be your turn in the next game to need assistance. He kept it simple.

“Big Jock never asked anyone to do something he didn’t believe they had the skills to cope with. We had a real mixture of players at Celtic Park and he was the man who fused all those talents together.”

Stein’s history has been well chronicled. He started as an awkward centre-half with Blantyre Victoria before moving to Albion Rovers in 1942 and then onto Welsh club Llanelli.

He returned to Scotland and Celtic in a £1,200 deal in December 1951. Many thought he was there as mainly a back-up defender and to help with the reserves. They reckoned without the desire and ambition of this man.

He saved them from the drop and guided them to a Scottish Cup triumph in 1961, beating, of all clubs, Celtic 2-0 in a replay. He took over as Hibs manager in April 1964 before Celtic, in disarray, sent out the SOS in 1965. He answered that call. Things were never to be the same again at Celtic Park. 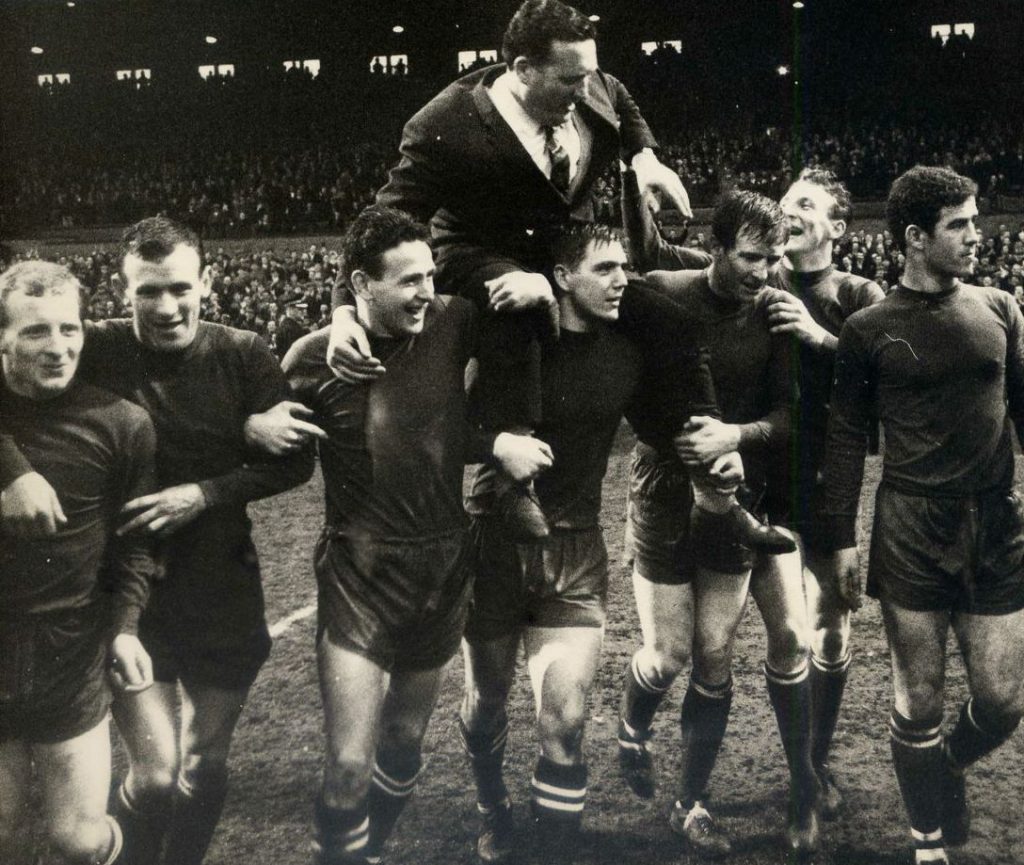 HAIL THE HERO…Jock Stein is lifted shoulder high by Bobby Murdoch after the last league game of the all-conquering 1966/67 season. Also celebrating the 2-0 win over Kilmarnock at Celtic Park are Jimmy Johnstone, Bobby Lennox, Willie Wallace, Billy McNeill, Tommy Gemmell and John Cushley. Wallace and Lennox scored the goals on May 15 – 10 days before Lisbon.

Victory in Lisbon in 1967 was of paramount importance for Stein as he pointed out immediately afterwards: “Even some of the Italian Press have been congratulating us. They were delighted we won. It is the trend for clubs to follow successful teams, who are winning things by playing defensive football. We hope our success will make the game better throughout Europe. We would like to think people will now follow our example.”

In the words of the Tartan Army’s adopted national anthem: “When will we see your like again?”

* ‘The Lisbon Lions: The 40th Anniversary’ by Alex Gordon; published by Black and White, 2007. 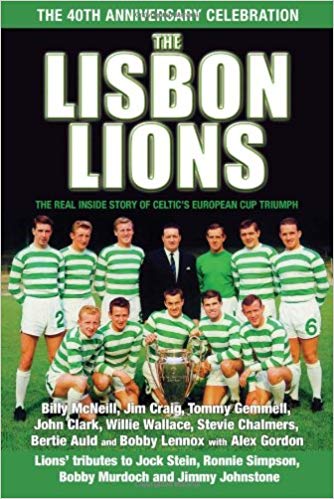