The Scotland Under-21 international hasn’t started a game this season since sustaining an injury in a pre-season outing against Bristol City at Ashton Gate – the same match that saw Karamoko Dembele sidelined so far.

However, Johnston is battling his way back and made a fourth substitute’s appearance in the 2-0 win over St Johnstone at Parkhead at the weekend when he replaced first-time goalscorer Giorgos Giakoumakis just after the hour mark.

And the tricky raider almost joined the Greek on the scoresheet with a wonderful arcing effort that left keeper Zander Clark flat-footed, but, unfortunately, smacked off the left-hand upright and ricocheted to safety. 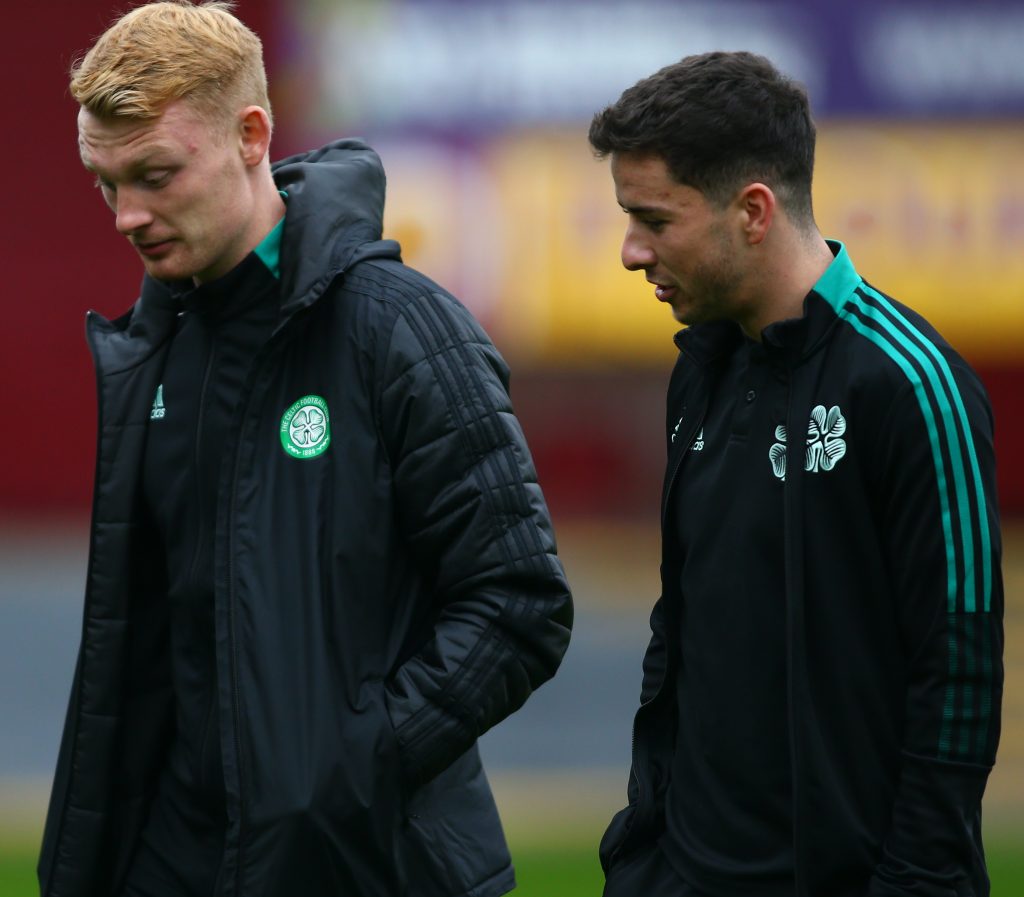 TWO FOR THE ROAD…Mikey Johnston chats to Liam Scales, a couple of youngsters who want to play their part this season.

The 22-year-old Glaswegian insists he is excited at the way Ange Postecoglou has got the team performing and he wants to play his part.

Johnston said: “He’s been great. I love the way he plays football, the fans are the same. It’s what Celtic is all about, attacking football at all times. That’s what he wants.

“It’s about going forward at all times. Even if it’s 2-0, we’re still looking for more goals. I love that. I’ve always been a goalscorer, so I want to get the goals back in my game.

“I want to see Celtic doing well and all these players are coming in and doing well. I’m happy for them.

“But, obviously, I want to be one who’s doing well, too. Everyone has a bit of selfishness about them.”

Johnston admitted there were no personal chats with the new manager during his lay-off and said: “He’s not that sort of guy. 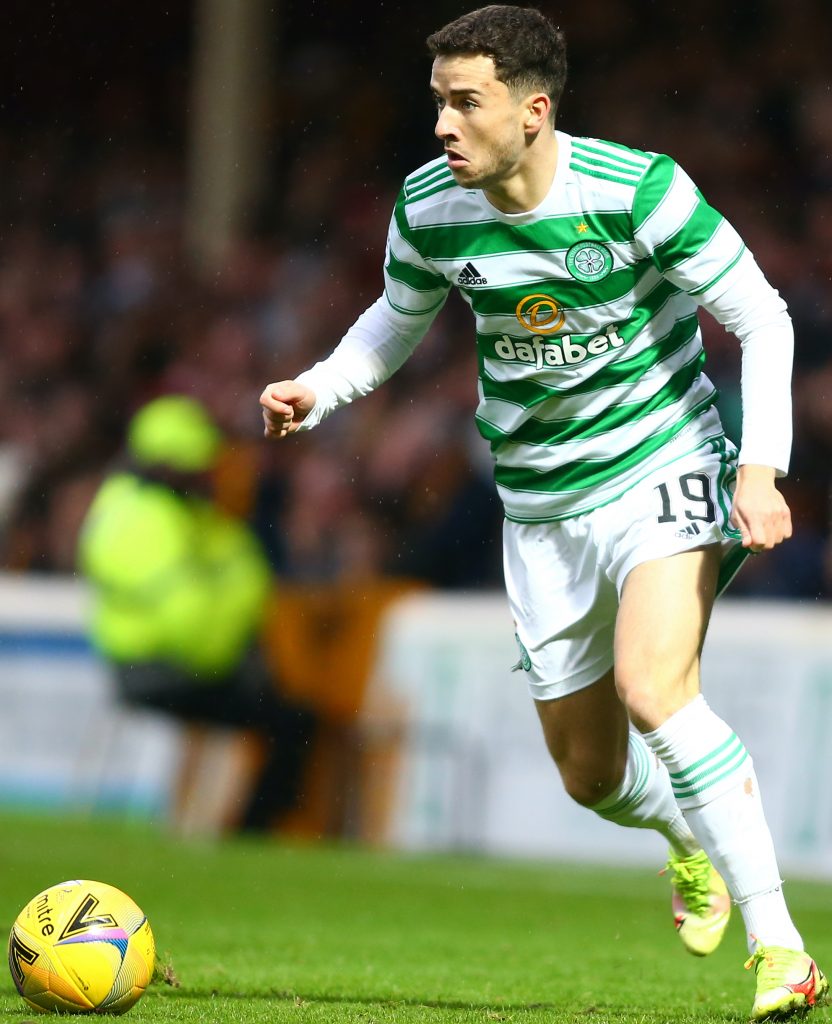 ON THE BALL…Mikey Johnston in action in the 2-0 win over Motherwell at Fir Park.

“But the fact he’s putting me back in squads shows that he believes in me. He doesn’t need to put an arm round my shoulder. Picking me is enough.”

Johnston insisted the summer arrivals of Kyogo and Jota have motivated him and, speaking to the Daily Record, he said: “That’s definitely the case. They’re just great players.

“It’s been amazing watching, training and playing with them. You learn so much from people like that.

“The runs they make and how effective they are with goals and assists. I want to add that to my game.”

Johnston is now hoping to get game time against Hibs at Easter Road on Wednesday and added: “I’m definitely getting there, the minutes are going up every week, I’m getting more and more time on the field.

“As long as I can keep my body right, keep doing the right stuff, I’m sure I can stay fit.”