MIKEY JOHNSTON today agreed a new five-year deal that will keep him at Celtic until 2023.

The talented winger, 19, has impressed boss Brendan Rodgers since making his first appearance in a 4-1 win over St Johnstone at Parkhead near the end of the 2016/17 campaign.

Johnston, who joined from the Celtic Youth Academy as a nine-year-old, said: “I’m absolutely delighted.

“It’s incredible for me and my family to commit my future here. It’s unbelievable to have been part of this amazing club for 10 years and I’m excited for the future.

“I hope I can play my part. The club have given me a lot of confidence to go on and I’m going to try and repay them for that.”

Johnston added: “I feel I’ve developed a lot since making my debut two seasons ago. It’s hard coming in from a boy’s game and into a man’s game, but I feel I’ve improved a lot. You don’t see a lot behind the scenes, but I’ve improved a lot and I’m hoping I can kick on and show everyone that.

“There’s been a lot of good players who have come up through the Celtic youth system and, hopefully, I can carry that on and go and show everyone what I’m about.

“You need to have confidence to be a winger at Celtic. The fans love players who are going to go out and try to entertain them and score goals and create assists. I have the confidence and I’m wanting to show that. 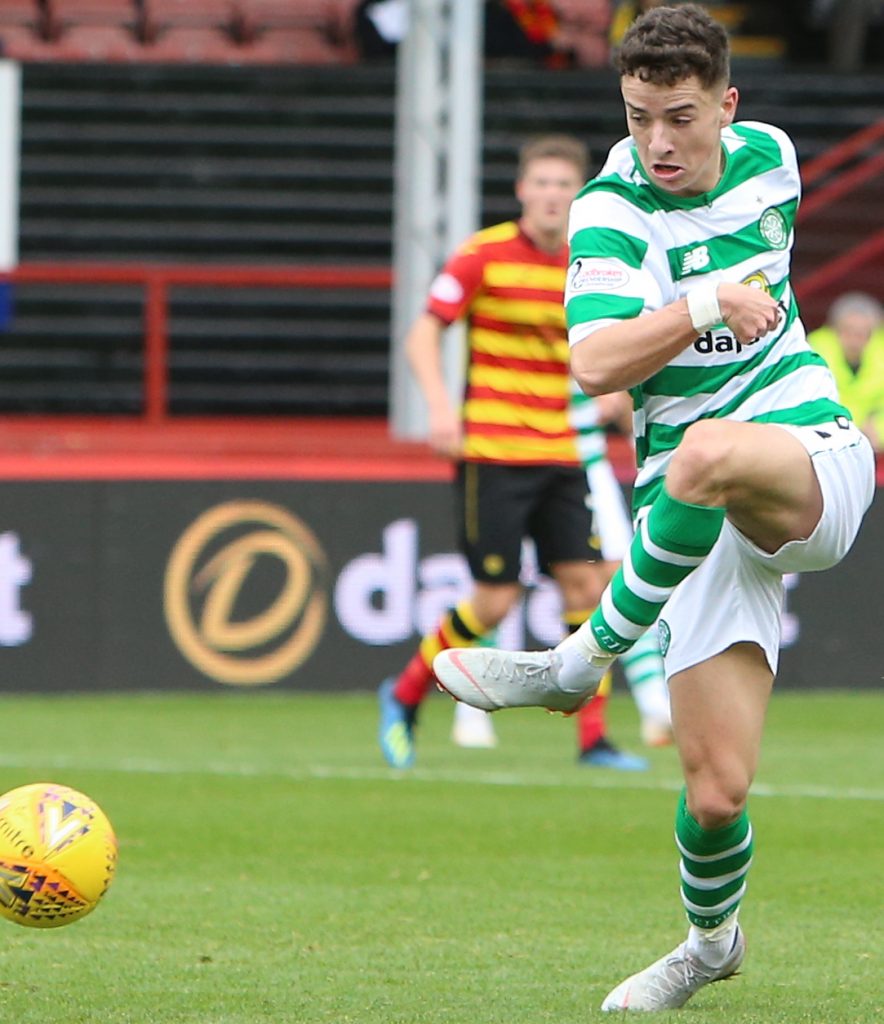 “Hopefully, I can break into the team and start playing every week. I want to develop, improve and keep enjoying my football.”

Johnston has made nine appearances for the Hoops this season and gaffer Rodgers had enough faith in the slender attacker to field him in the away leg of the Europa League qualifier against FK Suduva that ended in a 1-1 draw.

He also got the nod to play in the opening game of the Betfred League Cup against Partick Thistle at Firhill in August where the holders triumphed 3-1.

The teenager has become the third Celtic player in recent weeks to agree contract extensions as he followed midfielders Oliver Ntcham, who signed a four-fear deal, and Ryan Christie, who accepted a three-year offer.

It could also add to speculation that Jonny Hayes might be on his way back to Aberdeen on loan at the turn of the year.

That could interest Pittodrie gaffer Derek McInnes who reluctantly sold the Republc of Ireland star to Rodgers in the summer of 2017 for £1.3million.

* Johnston was speaking to Celtic TV.

**DON’T miss the unbeatable match report and the best action images from Scotland v Israel tonight – only in your champion CQN.