CELTIC completed last night’s 3-0 win over St Johnstone at McDiarmid Park with 10 men after Mikey Johnston limped off near the end.

Neil Lennon did not look best pleased with the youngster who had come on as a 67th-minute substitute for Leigh Griffiths.

Johnston was hurt in a robust challenge from Saints’ David Wotherspoon, but indicated he could carry on as the Hoops boss prepared to make his third change with £3.5million Polish striker Patryk Klimala coming on for Odsonne Edouard in the 82nd minute.

However, only moments later, it was clear the Scotland Under-21 international could not carry on and he hobbled off with the help of backroom boy Tim Williamson.

Asked if he would have made another choice in his substitutions if he had known the extent of Johnston’s injury, Lennon, speaking to BT Sport, answered: “Probably would have done, yeah. 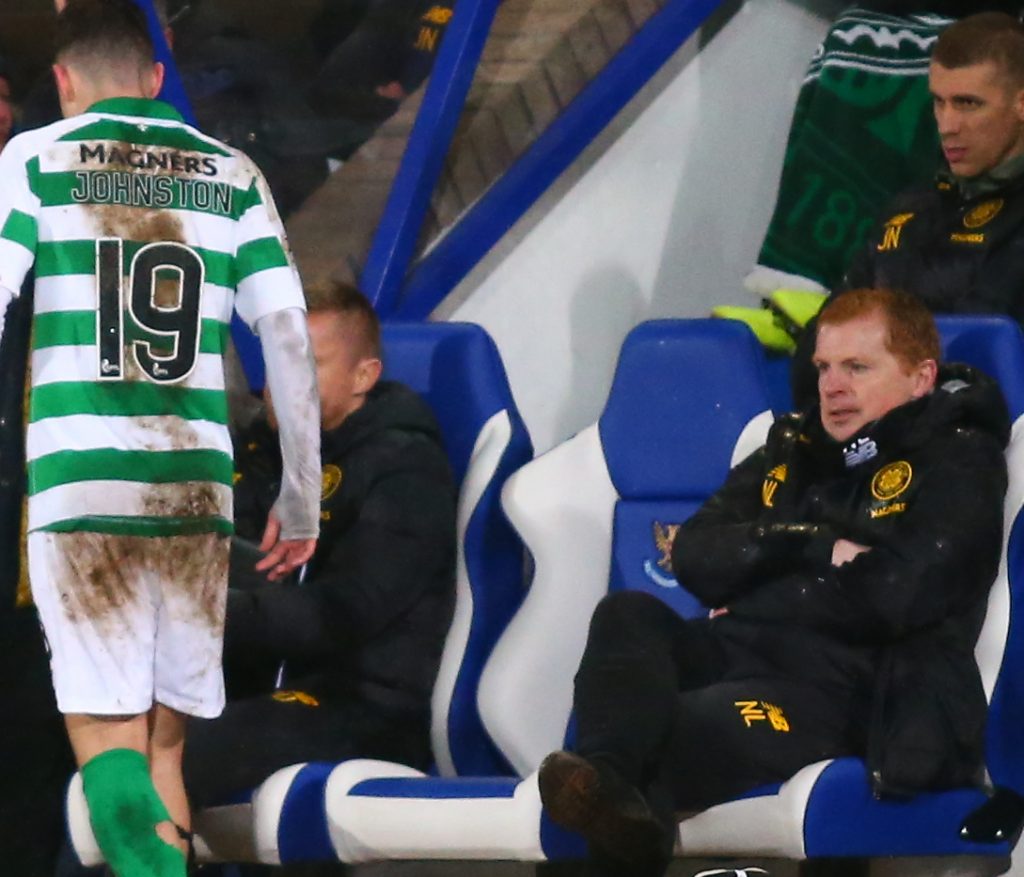 “I probably would have got Ryan Christie on, but he (Johnston) said he was alright.

“There’s a little wobble there in the knee and it’s a concern, so I’m hoping it’s not too bad because we could do without another injury, we’ve had plenty over the last few weeks.

“I made an enforced change with Jozo Simunovic. He’s been an absolute rock for the last four games, but he’s just got a little problem with his knee so he gets a rest now. But he’s been outstanding,”

With just two days until the end of the transfer window, Lennon was asked on whether he’ll be looking to bring in some new faces.

He answered: “Don’t know. If not, I’m happy with the squad.

“You can see what they’ve got and there’s more to come. We didn’t use Ryan and we’ve got Nir Bitton to come back as well as Mohamed Elyounoussi and Hatem Abd Elhamed.

“So, if something comes up it comes up, if not then so be it.”