Tierney was forced to sit out the December match at Ibrox when ex-boss Brendan Rodgers switched midfielder Callum McGregor to the No.3 slot in a move that backfired on the champions.

Lisbon Lion Auld, 81, admitted he would have absolutely no fears of fielding former Aberdeen winger Hayes in the problem position. 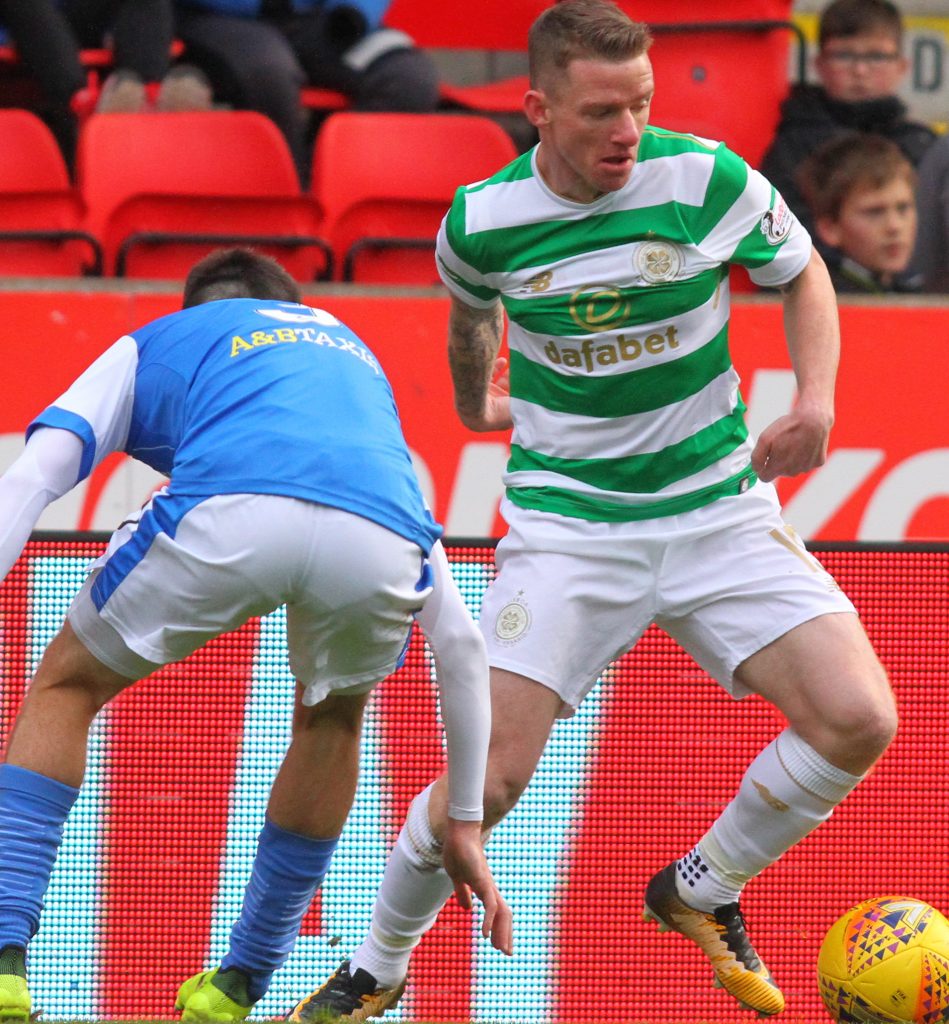 The Hoops great insisted: “There’s no doubt losing KT would be a blow because he brings so much to the team in both an attacking and defending sense.

“He is one of the best left-backs at the club since my big chum Tommy Gemmell and I can pay the youngster no higher compliment than that.

“But I think Lenny has a ready-made replacement in Jonny Hayes. I realise performing in the role may not be the player’s first choice, but I don’t think he has let the club down when he has been asked to fill in.

“I thought he was excellent against Valencia at the Mestalla and was one of the team’s top performers on the night.

“He’s got a good engine for a shift up and down the flank and he would get my nod to play every day of the week.

“Plus it would mean Celtic don’t have to toy with the idea of taking Callum McGregor out of the midfield.

“There is little doubt his presence in that area was missed in the previous game at Ibrox where Rangers pretty much took control of that crucial area right from the kick-off.” 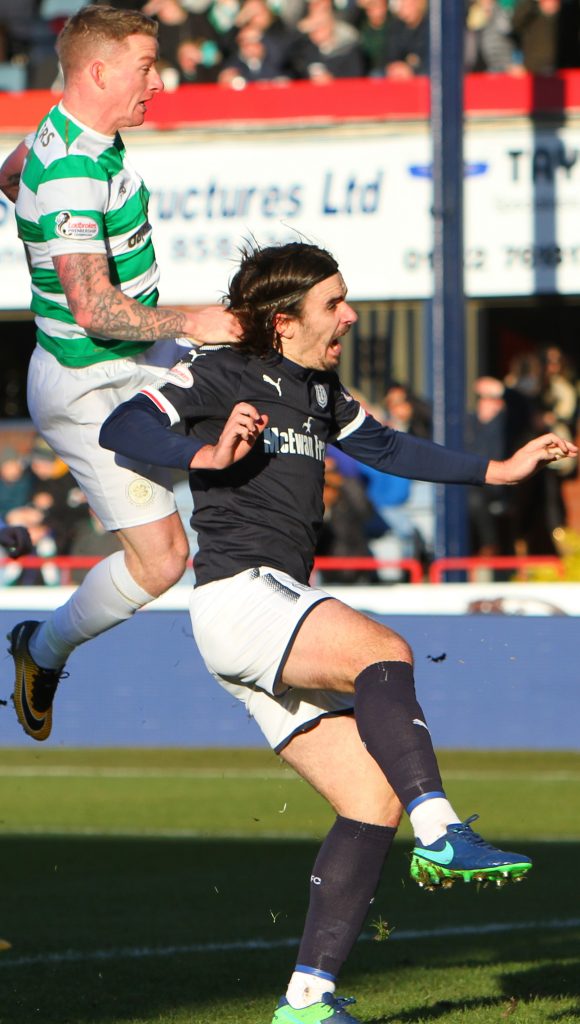 RISE AND SHINE…Jonny Hayes fires in a header against Dundee at Dens Park.

Auld added: “We had a team of such individuals in my day at the club. There’s no need to name the characters, we all know who they are.

“Now the present-day squad must pick up that challenge and show they are worthy of wearing those green and white hooped shirts.

“There will be around 59,000 Celtic fans at Parkhead and the scene is set for a triumph.

“But I can only stress Celtic will have to earn that victory.”

A victory for the Hoops in the High Noon showdown will push the champions 13 points clear with only seven games to play as they zero in on their eighth successive title.

It will also edge them to within two triumphs in the Scottish Cup to claim an unprecedented treble treble with the holders due to play Aberdeen in the semi-final in a fortnight’s time at Hampden.