Celtic Quick News on News Now
You are at:Home»Latest News»JORDAN LARSSON AND THE ROMANTIC NOTION
By CQN Magazine on 9th July 2022 Latest News

CELTIC have been contacted by the representatives of free agent Jordan Larsson, son of club legend Henrik.

The Swedish international striker, who celebrated his 25th birthday last month, has been released by Spartak Moscow and the Hoops have been alerted to his status, according to a report related to Sky Sports.

Larsson, who spent the second half of last season on loan at AIK in Stockholm where he scored three goals during 10 league appearances, is now on the look-out for a new club after his contract was terminated by mutual consent at the Russian club.

ON THE MOVE…Jordan Larsson is on the look-out for a new club.

Newly-promoted Premier League side Nottingham Forest have also been put in the frame regarding Larsson’s current status.

The Larsson report on social media read: “The reps of striker Jordan Larsson have been in contact with a number of clubs across Europe, including Celtic & Nottingham Forest.

“He’s a free agent after his contract was terminated at Spartak Moscow.

“Understood to be plenty of interest from EPL, Bundesliga & Serie A clubs.” 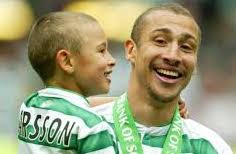 Larsson kicked off his career in 2012 at Hogaborgs BK and actually lined up with his dad, then 41, in a game as an emergency forward.

Two years later, he switched to Helsingborgs and then onto NEC in the Eredivisie. In 2016, the player moved to IFK Norrkoping and his 12 goals in 42 league outings attracted the attention of Spartak who brought him to the Russian capital the following year.

Larsson claimed 22 goals in 72 appearances in the country’s top flight before his temporary switch to AIK.

The lively frontman, who has collected one strike in his seven international appearances for the Swedes, hopes to get his future settled as swiftly as possible to prepare for the upcoming campaign. 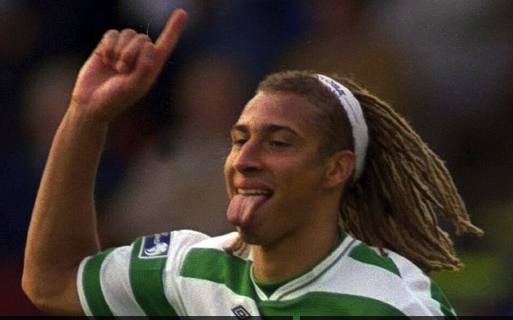 THE LEGEND…Henrik Larsson in his trademark goal celebration.

He has been linked with Celtic on numerous occasions in the past and it has been a long-held romantic notion he would one day follow in the bootsteps of father Henrik, who fired in 242 goals for the club after arriving from Feyenoord at a bargain £650,000 in July 1997.

And that is what it is likely to remain…a romantic notion.

Unless, of course, Ange Postecoglou has other ideas.