PORTUGUESE winger Filipe Jota pushed for the option-to-buy in his contract when he agreed a season-long loan at Celtic on deadline day.

The 22-year-old forward spent last season on a temporary transfer with Real Valladolid, but Benfica insisted on a recall on the switch with NO option to make the move permanent.

There has been a policy change at the Lisbon giants this season and Jota, who has been at the club since 2007, is among the players who asked for the club to reconsider their stance.

The wide Bhoy is valued at £6.5million by his club side and reckons he will be given more game-time by Ange Postecoglou if there is the chance of a deal being struck at the end of the season, according to the Daily Record. 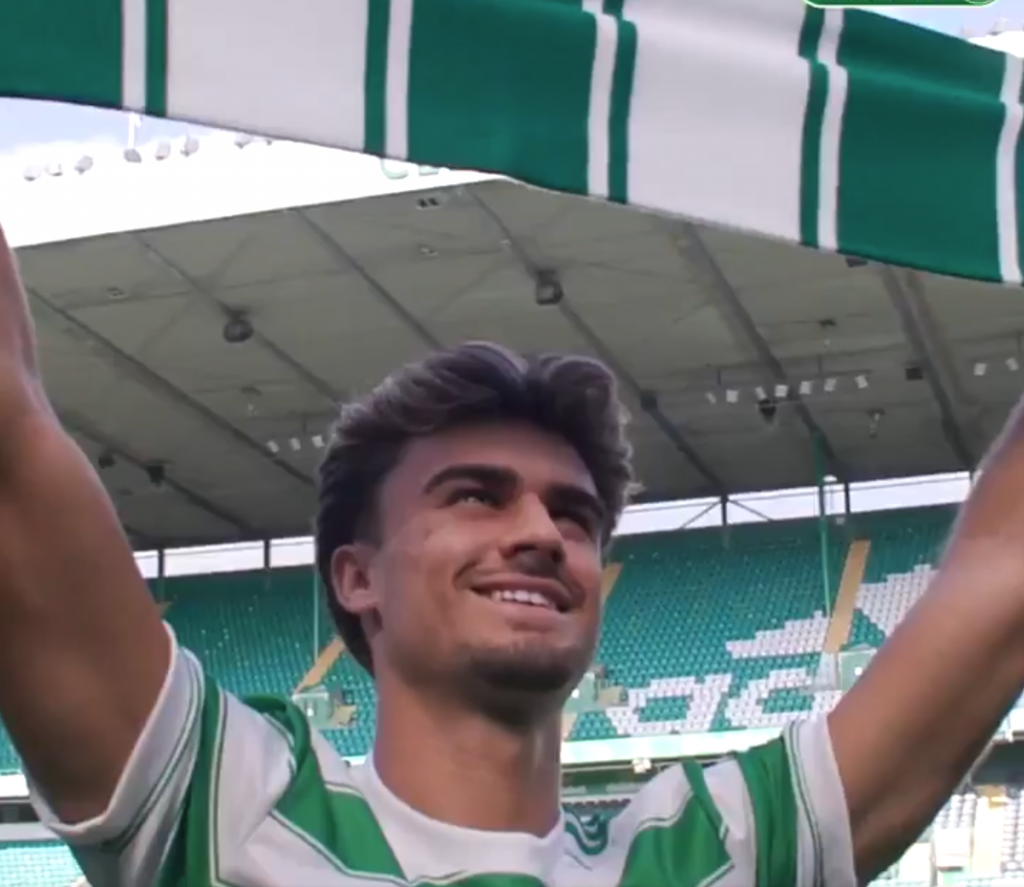 The versatile performer is happiest on the left flank, but can play on the right and in a midfield role. His versatility could be crucial in the campaign ahead and he has already staked a claim in the Hoops’ Europa League squad for the ties against Bayer Leverkusen, Real Betis and Ferncvaros, as CQN reported yesterday.

During his loan spell in Spain, he made 18 appearances matches and claimed two strikes.

A Portuguese youth international, he has 18 Portugal under 21 caps to his name, netting five goals.

Like Liel Abada on the opposite wing, Jota hopes to hit the ground running in his new Celtic career and the fans have the opportunity to get a glimpse of the future if he makes his debut against Ross County at Parkhead on Saturday afternoon.