The Croatian Under-21 internationals are poised to form a new partnership in the heart of the Celtic rearguard during a hectic eight-game schedule in the rundown to the turn of the year.

Dedryck Boyata, with his head stitched and bandaged following a first-half collision with Gary Mackay-Steven, was forced to limp off with a hamstring problem on the hour mark of Sunday’s Betfred League Cup Final victory over Aberdeen and could be struggling to face Motherwell in the Premiership at Fir Park tomorrow night.

Simunovic, who had been out for six weeks through injury, came on in his place to play alongside Benkovic for only the second time in the players’ careers.

They were both team-mates at Dinamo Zagreb as youngsters, but played just one first-team match together in 2014 against NK Osijek. 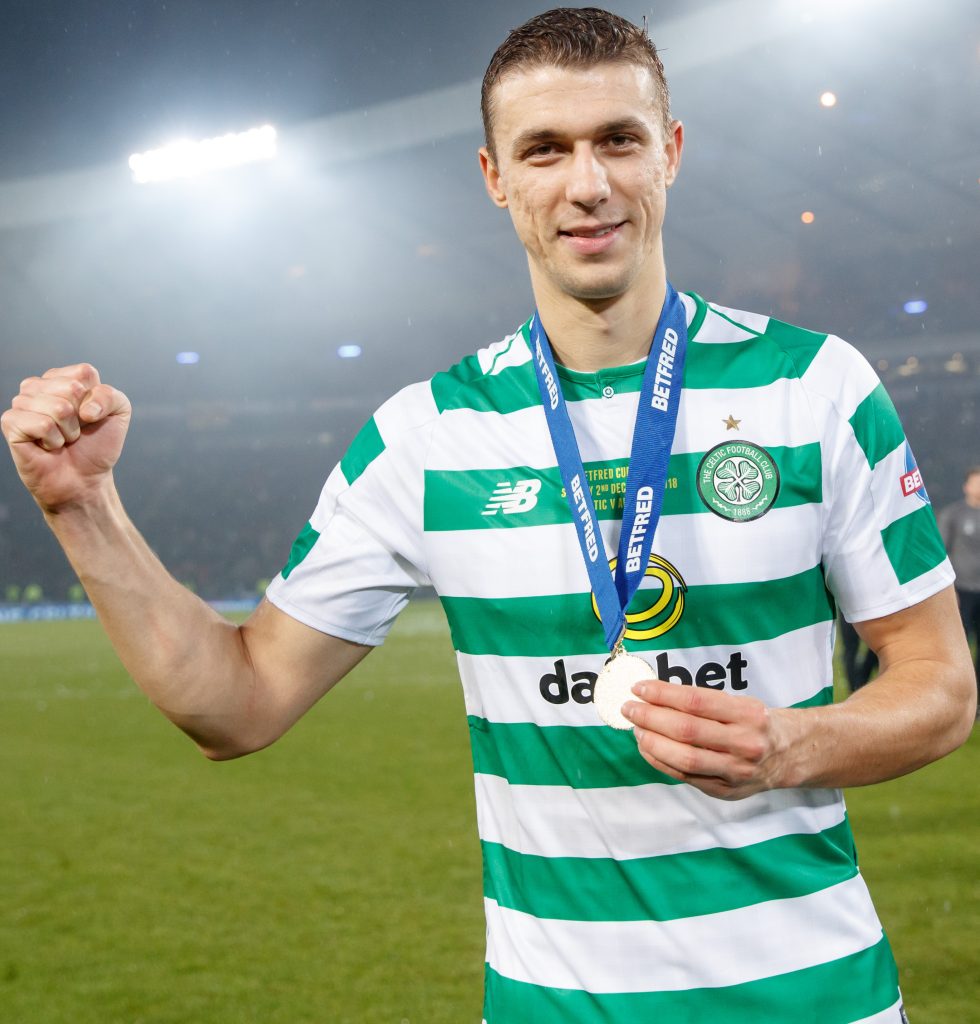 MEDAL DETECTOR…Jozo Simunovic proudly shows off his reward at Hampden. 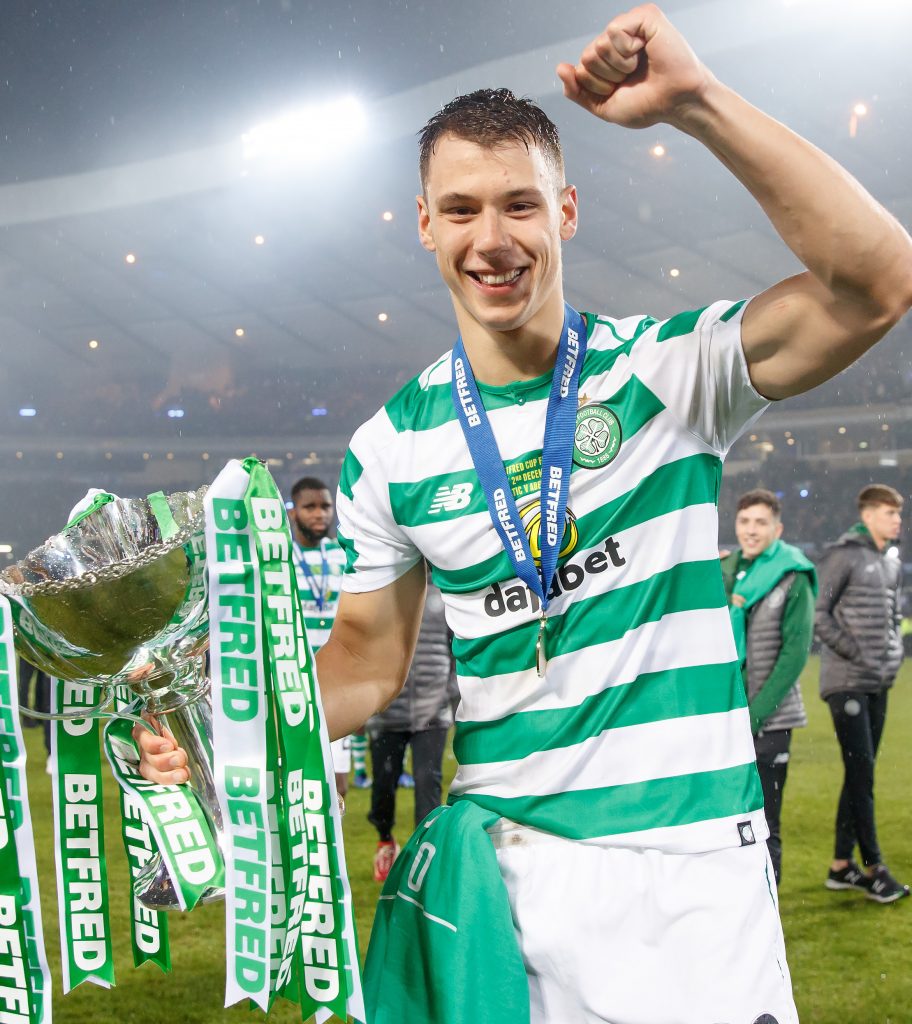 HOOPY DAYS…Filip Benkovic is all smiles as he displays the silverware.

Simunovic, who at 24 is three years older than his countryman, said: “Filip is my wee brother! Sunday was our second game and it was really enjoyable.

“We could never have imagined that one day we would play together for Celtic in a winning Cup Final. We are very lucky. Finally, after four years we again are reunited.

“We had one game at Dinamo Zagreb and it was a 0-0 away draw against the team that Rangers played, Osijek.

“It is amazing for there to be two Croatian centre-halves together for Celtic. 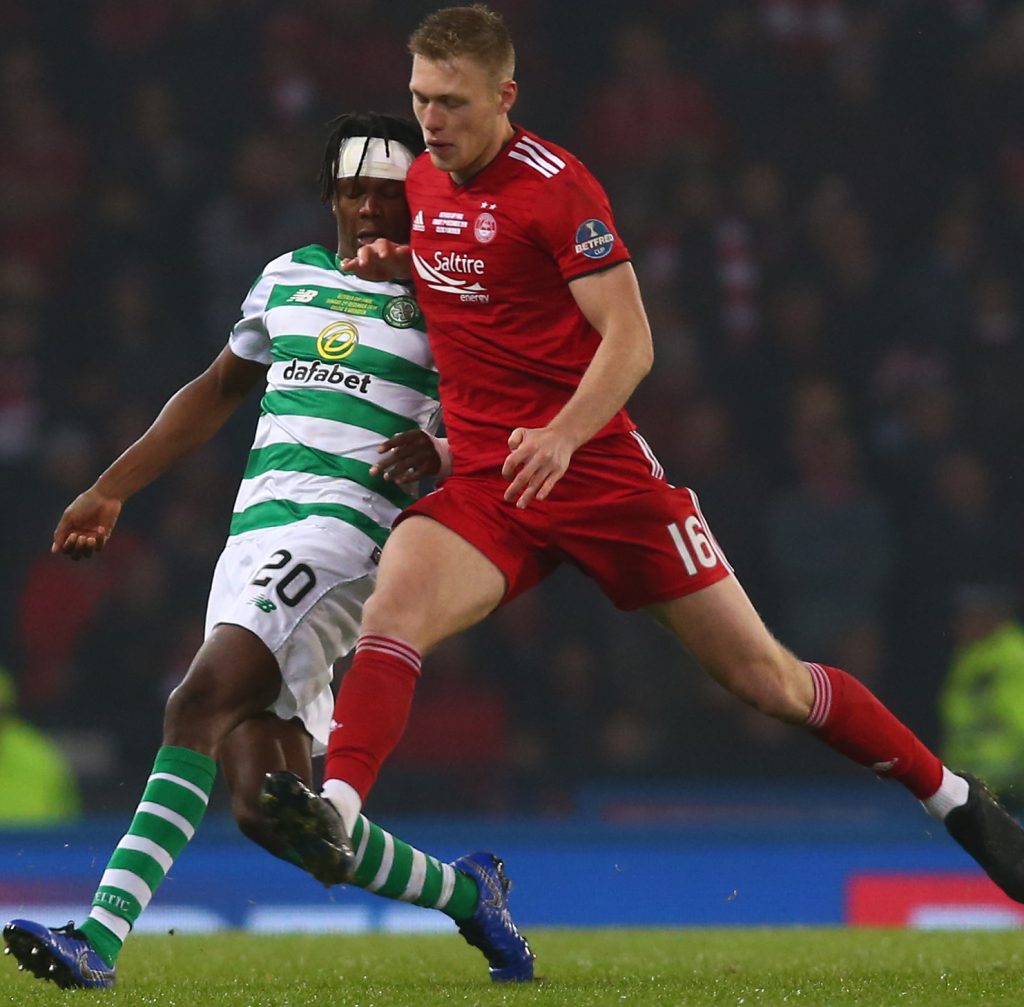 “Filip signed for Leicester, but then had a chance to join Celtic. We spoke and I told him the supporters are amazing and it is a huge club.

“Zagreb is also a very big club, so that is good for your mentality.

“It is better than fighting for a team that is middle of the table. That is not the same. Filip had a good game against Aberdeen also, he really enjoyed it.

“Why can’t he stay with Celtic longer? Filip is playing regularly and that is important for every player.

“I think he is very happy. but we will see what happens later.”

Simunovic added: “Obviously, we hope Dedryck is okay, but if me and Filip are to continue to play together, then I’m sure we will do well.

“To be honest, I don’t care who is beside me. I just what to help the team, I want to do my best.”