CELTIC defender Jozo Simunovic has been struck by a crushing injury blow that could see him OUT for the rest of the year.

The Croatian centre-back went under the knife in a clean-up operation in London earlier this month, but his recoveryy rate will be nowhere near as swift as was originally anticipated.

Simunovic, 25, has been sidelined since the Hoops’ 2-0 victory over AIK Stockholm at Parkhead on August 22 in a Europa League play-off.

Asked about the length of the player’s expected absence, gaffer Neil Lennon, speaking to Sky Sports, admitted: “You are probably looking at three to four months.

“It was a clean-up and he knows what to do for his rehab and we are just discussing if he can go away for a few weeks and do his rehab at home. 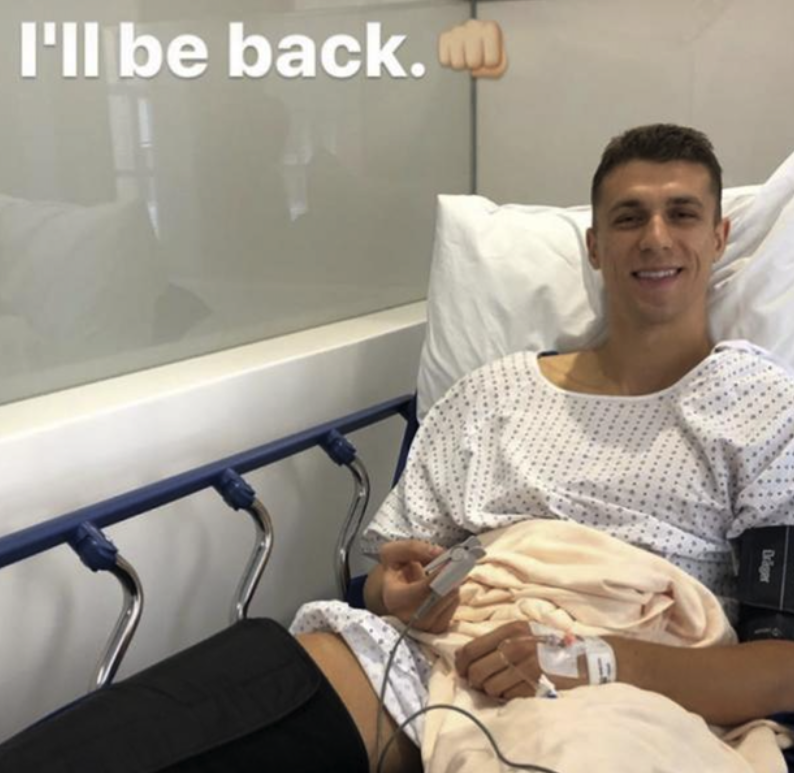 “He is okay, but it is a blow for us and the player. He felt it was a necessity and, thankfully, it is not a micro-fracture again, which is a serious operation where you are out for six to eight months.

“Obviously, we have to tread carefully on his rehab – the sooner we get him back the better.”

Simunovic is now realistically looking to make his return after the turn of the year.

Lennon has brought Israeli international Hatem Abd Elhamed, bought for £1.6million from Hapoel Be’er Sheva to essentially take over at right-back from the departing Mikael Lustig, has helped out in central defence in recent games.

Moritz Bauer, on a season-long loan from Stoke City, and teenager Jeremie Frimpong, who made his debut in the 5-0 midweek win over Partick Thistle, are now options for the No.2 position.