JOZO SIMUNOVIC was bought by Ronny Deila, used sparingly this season by Brendan Rodgers and has seen his career revived by Neil Lennon.

The change of manager has brought a change of fortune for the 24-year-old Croatian defender who hopes to play his part in the Hoops’ surge for a historic treble treble.

His headed goal against Kilmarnock on Saturday brought three more points as the team edged towards an eighth successive title and he is ready for the battle against Aberdeen at Pittodrie this weekend.

Dedryck Boyata almost certainly made his last appearance in a Celtic jersey in the 2-1 victory over Steven Gerrard’s Ibrox outfit at the end of last month before he limped off with a ruptured hamstring.

Simunovic has taken over and is dovetailing impressively with 20-year-old Norwegian skyscraper Kristoffer Ajer.

Scott Bain has kept five consecutive clean sheets with the new double-act performing in front of him.

The uncompromising centre-back, speaking to the Daily Record, said: “I’m feeling good. I always think that when a new manager comes it brings something new. Something positive or some changes. 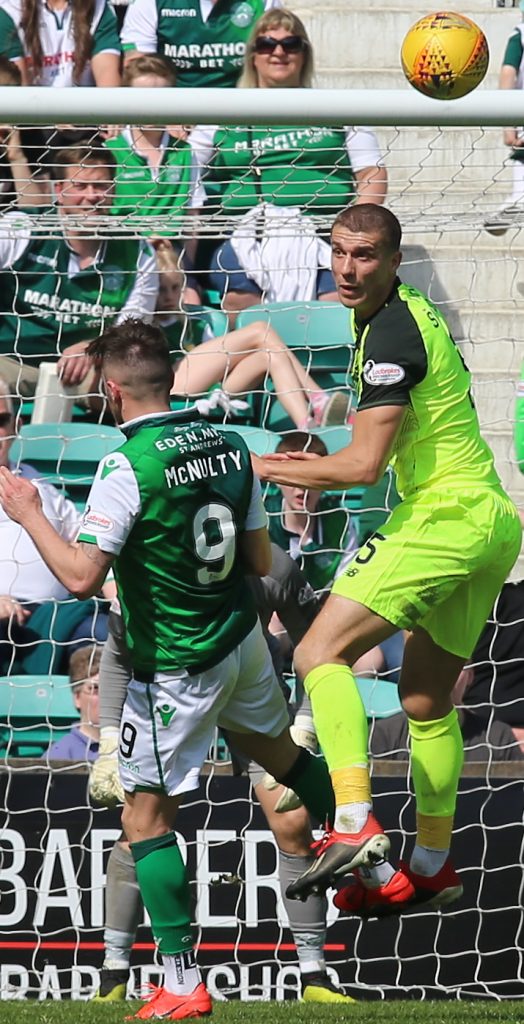 “The manager has brought that. For me and for some other players here, as well.

“I’m playing consistently and that was the most important thing. Not just for me, every player wants the same thing. He doesn’t want to feel like he is the fourth or fifth option.

“The manager has been good in speaking to everyone in the team. He did with me, as well, and we settled some things, how it should be and the effect has been very good on me.

“He keeps putting his trust in me. He has had a chat with every player and he told me what he expects from me. I’m just following that.

“I would say it’s a new beginning for me and I feel okay. I feel good.

“I believe that I can be better as a player and everything else. If you look in the past, I haven’t played as much, but I have come back and playing well again.

“Even at some points, I feel as though I may be playing better than I did before, so I didn’t lose the time when I was out of the team and not playing for the side.

“When you’re not in the team, then it’s just a case of keep going and keep working.

“You have to be ready when the chance might come and that is what has happened with me.

“I believe that I should have played at some points even before the new manager came into the club, but I couldn’t change that. Now that I’m in the team, I have to keep going the right way.

“Do I feel responsibility? Yes, but it’s not only me. I take it game-by-game, I just want to go forward.”