JOZO SIMUNOVIC is desperate for his fellow-Croatian Filip Benkovic to remain at Celtic for the rest of the season.

The former Dinamo Zagreb pair have dovetailed in the heart of the Hoops rearguard since Dedryck Boyata hobbled off during the Betfred League Cup Final against Aberdeen on December 2.

Simunovic and Benkovic teamed up for the fifth successive time in the 3-0 win over Motherwell at Parkhead on Wednesday.

Leicester City have the right cut short the central defender’s loan period at the champions and recall their £13million summer purchase during next month’s transfer window.

But Simunovic insists the best move for his friend and compatriot would be to continue with Brendan Rodgers’ men.

He said: “For both of us, it would be very good if he stays. 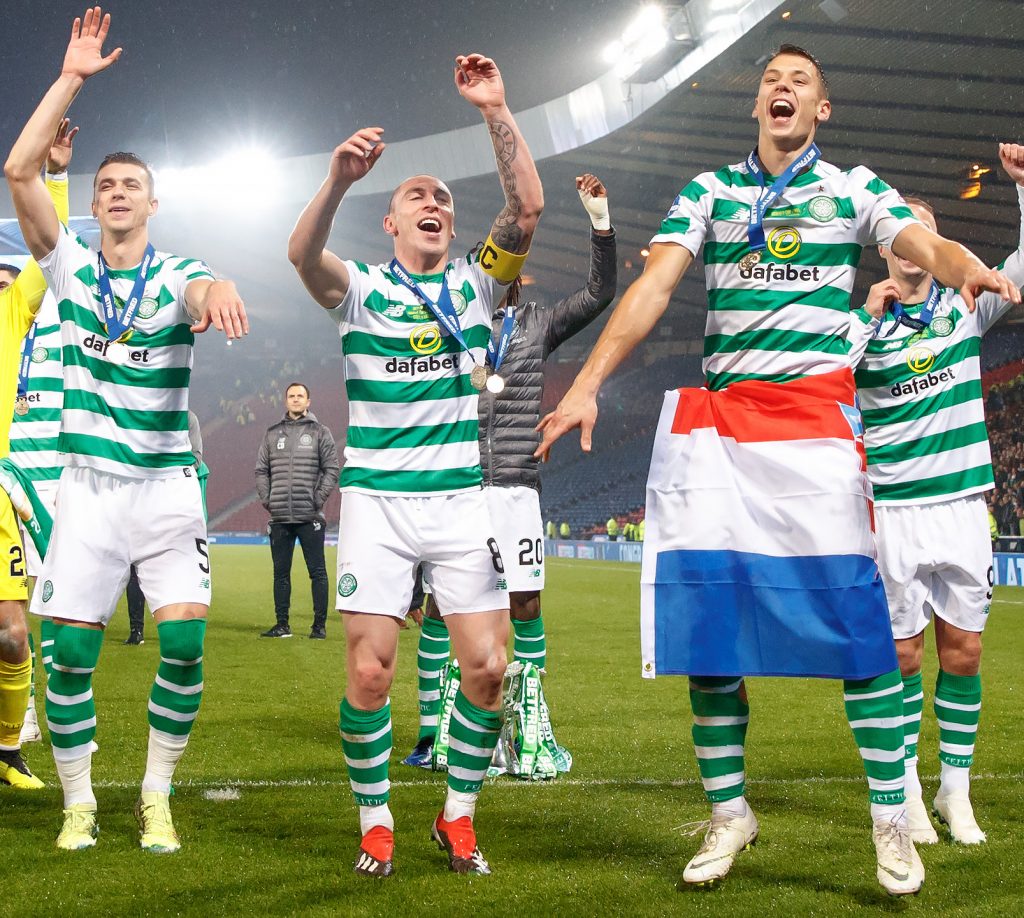 “Of course, there will be some big challenges for him going forward, there is no doubt about it. He needs to be patient, but he is in the right place.

“He is playing well and growing up well. This is the right step for him because it isn’t easy to play for Celtic.

“He is going to build his performances and confidence the longer he stays here.”

Simunovic’s immediate aim is to make sure Celtic continue in pole position as they chase their eighth successive Premiership title.

They moved back to the top with the 3-0 triumph over Motherwell in midweek and they are preparing for the visit of Dundee tomorrow afternoon.

He added: “We are completely focused on domestic matters. We need to finish the year the right way, for sure.

“We have to put a gap between ourselves and second place. We want to widen the gap and be further ahead at the top of the table – that is definitely the goal.”

Following the game against Jim McIntyre’s strugglers, who were thumped 5-1 by Aberdeen on Tuesday, Simunovic and Co take on the Dons at Pittodrie on Boxing Day.

The curtain comes down on the action for 2018 at Ibrox three days later.