JOZO SIMUNOVIC has admitted it will be an honour to wear the No.5 shirt when Celtic play Kilmarnock at Parkhead this afternoon.

There has been talk the champions may retire the number associated with club legend Billy McNeill who passed away on Monday at the age of 79 following a brave battle with dementia.

Simunovic has been at the Hoops for four seasons following his switch from Dinamo Zagreb, but revealed he has been taken aback by the scale of the overwhelming response to the news of the Lisbon Lion’s death.

The Croatian defender, speaking to the Scotsman, said: “The news of his death was a big shock. Billy McNeill was such an amazing player for this club and someone who played such a big part in its history.

“He played so many games here and was such a huge figure, so when we heard what had happened it was so sad.

“I will never forget the image of him as the man who lifted the European Cup trophy. He was No 5, so it’s always in my head, that picture. I would say it feels personal for me a little bit because I wear that shirt now.

“He was such a leader, such a legend and I am the one with his number on my top. It’s nice for me to think about that. It’s an honour and something that makes me feel good, that I have the number of the biggest guy in the club’s history. For me it’s joyful. 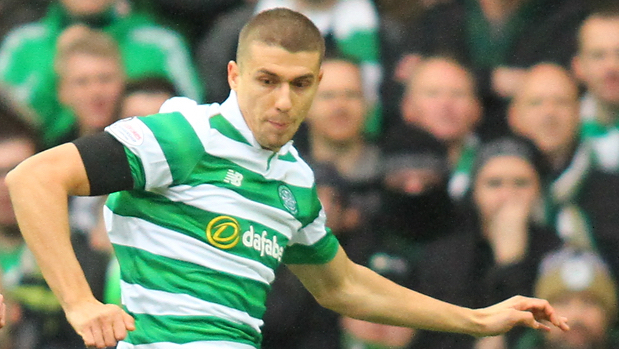 “I know there has been talk of the number five being retired at the end of the season and I understand that. I’d be happy to keep wearing it, of course, but it’s not for me to decide and – if the decision is taken by the important people at the club to take it away – then I’ll be happy with that.

“Whatever they decide, I will respect because of Billy. I would be happy to wear another number, but while I have it I will wear it with pride.”

McNeill, of course, will always be remembered for the important goals he scored for the club and collected 37 in his 17-year career, including the crucial winner in the 1965 Scottish Cup Final against Dunfermline to give the club their first piece of silverware in eight years and open the trophy floodgates.

Simunovic has claimed only two goals in his 105 appearances, but admitted he has been dreaming of scoring one in memory of McNeill’s name against Killie today.

He added: “Maybe tomorrow I will get one. I have been thinking about that this week. I’ve seen some footage of the teams he played in and the happiness and the pride they had is something else.

“If I can score against Kilmarnock then I will dedicate the goal to Billy McNeill, definitely. I will go up for every corner thinking this might be the moment. That’s how I need  to go.

”It has made such a big impression on myself that he managed to touch so many people around the world – he touched every single Celtic fan, every person who works in the club and even other clubs in other countries.

“That was surprising to me at first, but, when I sat down and checked what he did for Celtic over the years, I realised what a big part he has played in the club’s history, so the reaction is to be expected.

“I met him once, just shaking hands in passing. I was taken aback because I knew who he was so it was a big pleasure for me to meet him in person.”