Celtic Quick News on News Now
You are at:Home»Latest News»JURANOVIC IN DREAMLAND
By CQN Magazine on 8th April 2022 Latest News

JAUNTY Josip Juranovic is looking forward to returning to his field of dreams – but only after playing a major role in Celtic’s pursuit of an extraordinary title success.

The classy Croatian full-back is hoping to get the nod from Ange Postecoglou to play against St Johnstone at a packed and rocking Parkhead tomorrow afternoon with the Hoops six points ahead and only six games to go after the 2-1 win at Ibrox last weekend.

Victory over the Perth club will propel the team nine points ahead of Giovanni van Bronckhorst’s outfit who play St Mirren in Paisley at noon the following day. 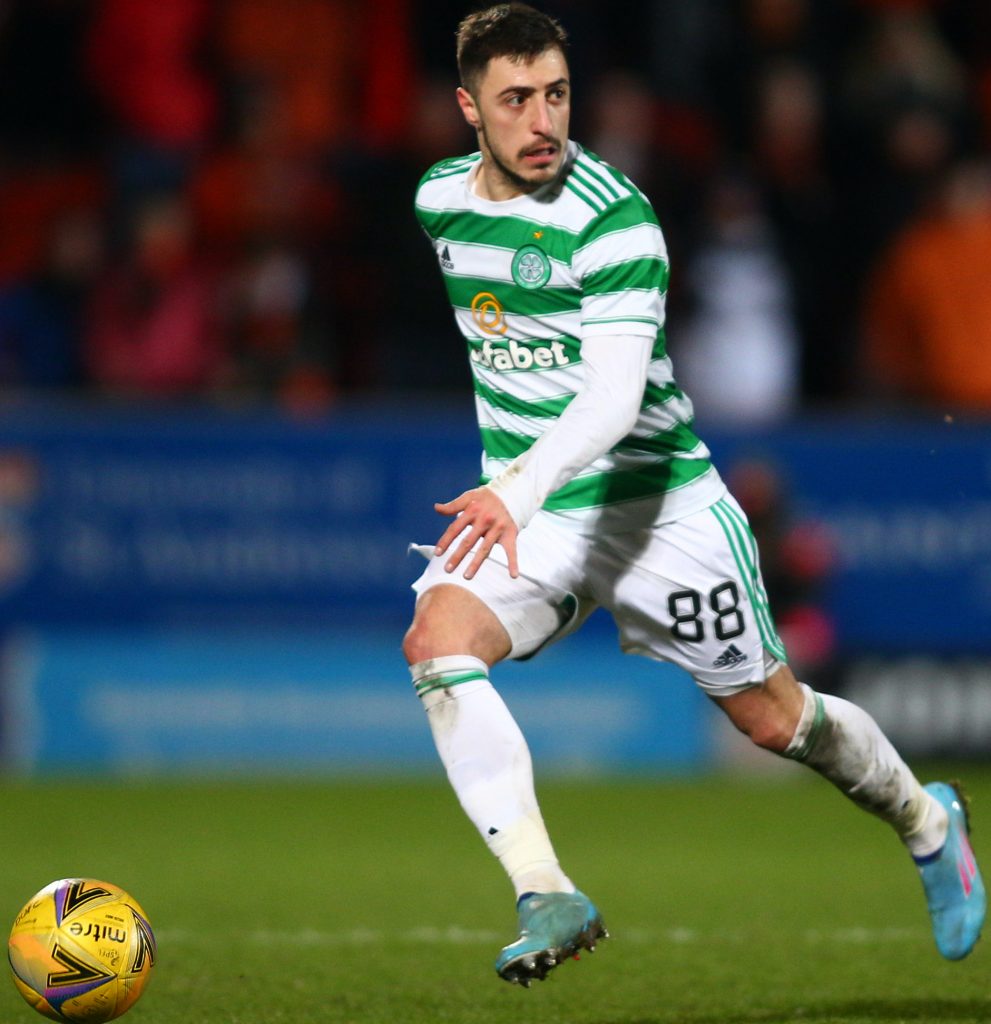 ON THE RUN…Josip Juranovic speeds into attack to spearhead another Celtic raid.

Juranovic, a £2.5million arrival from Legia Warsaw in August, is determined to achieve a long-term ambition of playing at the highest level in club football with the stirring anthem of Europe’s elite competition blaring around the ground.

“I will do my best to stay first on the ladder and finally play where we all want to be.”

After the crucial Premiership encounter against Callum Davidson’s visitors, Juranovic will turn his attention to the Scottish Cup semi-final against the Govan club a week on Sunday at Hampden, a venue that has swiftly become a happy hunting ground for the 26-year-old versatile ace.

He first caught Postecoglou’s eye when the newly-announced Celtic manager took in the Euro 2020 match between Scotland and Croatia at the national stadium in June. The player turned in an excellent display and, despite a great goal from Callum McGregor, the visitors won 3-1. 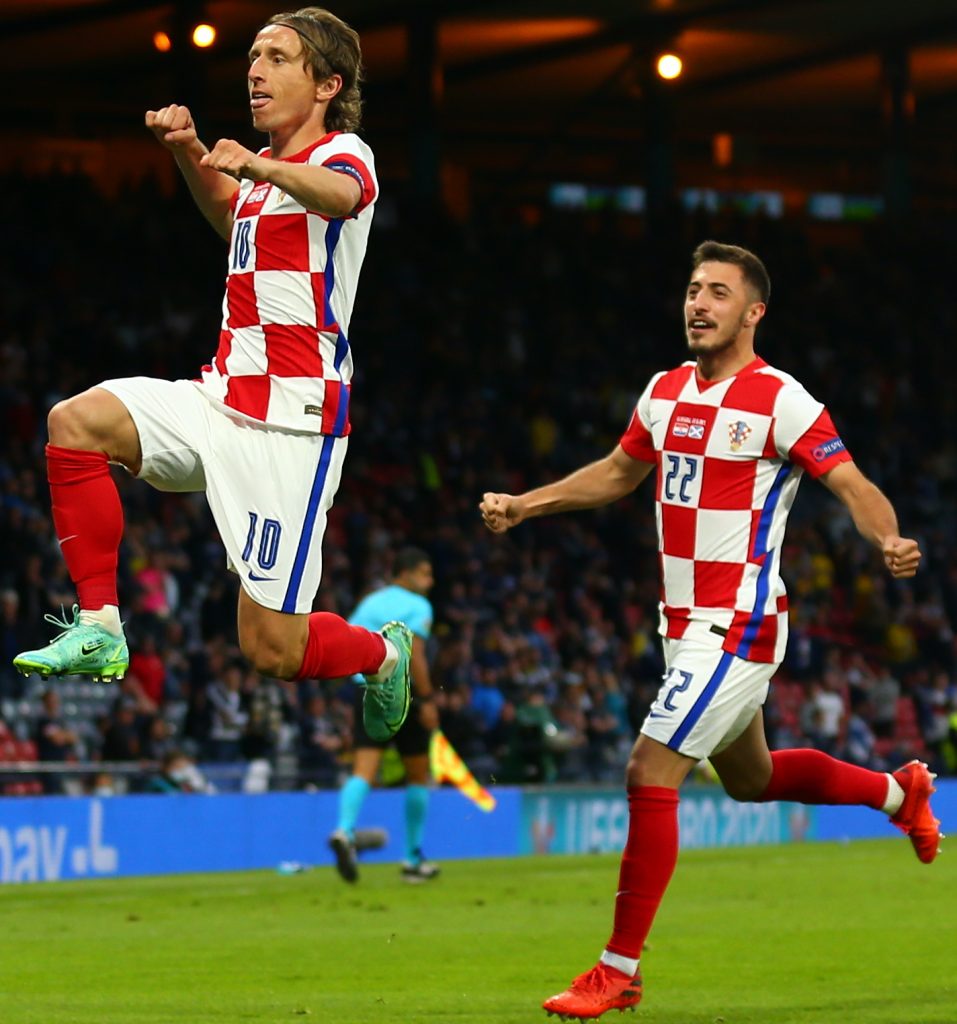 FIELD OF DREAMS…Josip Juranovic is about to congratulate Luca Modric after the midfielder’s second goal in Croatia’s 3-1 Euro 2020 win over Scotland at Hampden in June.

And the raiding defender was impressive, too, when Celtic beat St Johnstone, then the holders, with a goal from substitute James Forrest in the Premier Sports League Cup semi-final in November.

And he followed that up with another stand-out display in the 2-1 victory over Hibs in the grand finale six days before Christmas.

Juranovic, speaking to Nova TV, looked ahead and added: “We are playing against Rangers at Hampden. It will be a good experience for the future.

“I have good memories from that field, so I hope that he will continue to serve me.”

First things first, though, and that means taking care of business in Paradise tomorrow – and then Postecoglou’s men can look forward to discovering the league schedule after the split.