Can we all just agree to change nothing?  I know it was a dead rubber and I know it’s different playing against a 10 man defence, but honestly, just, change, nothing.

We had a defender at the right side of defence, not a frustrated winger.  That subtly rebalanced the team; Kristoffer Ajer (22) was not 20 yards further upfield to connect to a Mohamed Elyounoussi pass, but he was back to provide cover and balance to the two to his left.

Christopher Jullien and Shane Duffy had their most assured game together – although Shane, you were never winning that ball, you should have shown the player down the line instead of committing to the foul.  It was a mistake that would have been sore on another day.

David Turnbull (21) got one goal, one assist and got the assist for the penalty.  That is an incredible return for a player who has been sitting in the stand or out through illness all season.

After a couple of substitute appearances in 11 months at the club, Ismaila Soro (22) made his starting debut and was even more influential than Turnbull to the flow of Celtic’s play.  The deep lying central midfield player has several jobs: protect the defence, intercept opposition moves, get the ball forward quickly and accurately.  A lot of off the ball work is also required; the best in the business are in position to stop moves before an interception is required.  Ismaila did all of this very well.

Like Soro, the lack of opportunities afforded to Patryk Klimala (22) made me think he was less effective than our other strikers have been recently.  Apparently not.  Patryk is all about movement.  He can take a ball, bring others into play and – effectively last night – win corner kicks.  At no time did he try to beat three players on his own, take note, Odsonne.

After THAT pass at Tynecastle in 2019 you may have wondered what happened to Ewan Henderson (20).  The player had a lost 18 months but, like the rest of the midfield last night, he was on his game.  He was tidy and intelligent in possession.  Use him.

The biggest compliment to the midfield and defence is that Conor Hazard (22) had little to do.  Blameless at either goal, he got a foot to a dangerous ball, handled and distributed well throughout.

I don’t know who deserved the win more, the players, the manager or you and me, no doubt someone has been busy running a poll on the subject…..  Onto Sunday! 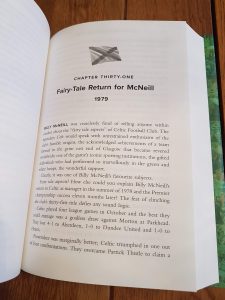