MIKEY JOHNSTON spread the Christmas magic at Parkhead yesterday when he scored a fabulous double in the one-sided 3-0 triumph over Dundee, as CQN reported yesterday.

The 19-year-old followed up his first senior goal in the identical scoreline against Motherwell in midweek with a striking performance as the Hoops brought down the curtain on the action at Paradise in 2018.

Johnston, who was leading the line in place of the crocked Odsonne Edouard, claimed two, but he also hit the woodwork once, saw another drive slip agonisingly wide of the upright and was denied by an in-form keeper Jack Hamilton on a couple of occasions.

He opened the scoring following a neat swivel of the hips that allowed him clear sight of goal and he made no mistake with an emphatic low finish that left the Dens shotstopper helpless.

Shortly after the interval, the teenage tearaway doubled the champions’ advantage with a close-range header that cannoned off the underside of the crossbar before ricocheting over the line.

Filip Benkovic added the third near the end as Brendan Rosgers’ men secured their place at the pinnacle of the Premiership.

Reflecting on his performance, Johnston said: “It was just surreal and it’s unbelievable scoring another couple of goals and helping the team to get a win. 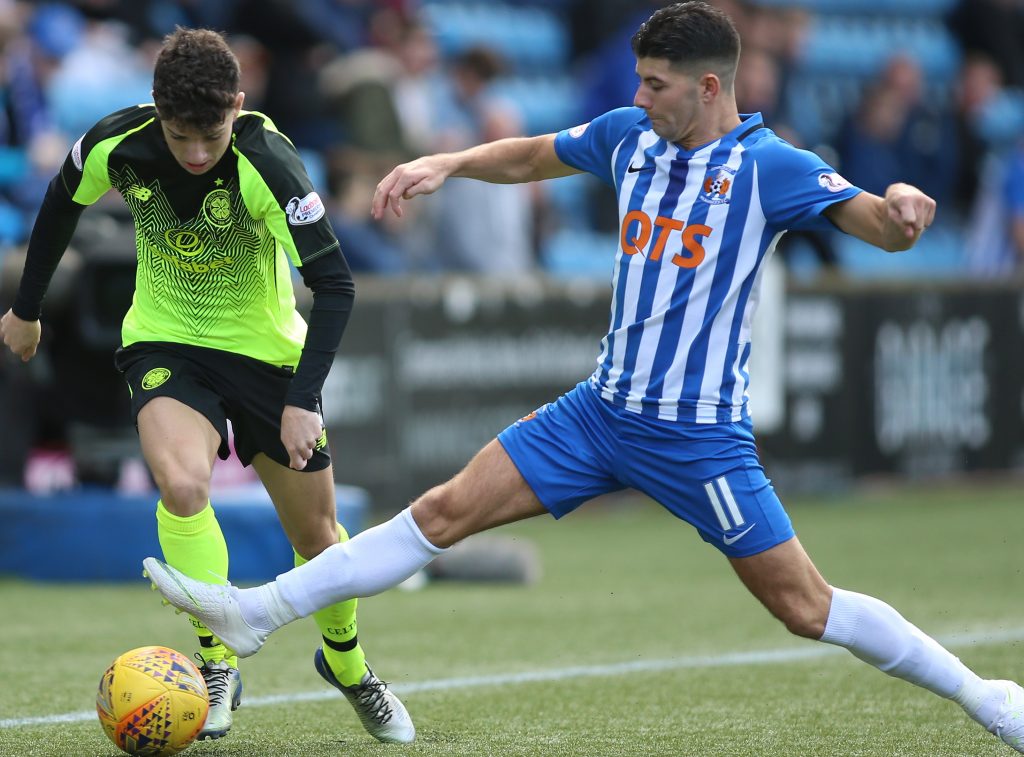 “I’m taking everything day-by-day and I’m not getting too far ahead of myself. I need to keep working hard and get more chances.

“I’ve had a few setbacks in recent months, I’ve had a couple of injuries, but I’ve been working hard behind-the-scenes to make sure I don’t get injured again. I want to keep getting fitter and stronger.

“I had cramp against Dundee, so I want to be able to get to full match-fitness. Physically, this is a different level from the Reserves league, so I need to keep working hard and get stronger.”

Johnston added: “If I’m asked to play against Aberdeen or Rangers, I’ll play. But I just need to keep showing I can score goals and can help the team.

“If I get the chance, I can hopefully do that, but, in the meantime, I’m going to keep working hard. I was nervous before the game, but the nerves tend to go when you get on the park.

“I think I can count on one hand how many times I’ve scored a header since I was about eight or nine years old!

“By then, I’ll be ready to take on anything.”