JUVENTUS goalkeeper Gianluigi Buffon wants to face Celtic in the Champions League – to once again savour the special atmosphere in Paradise.

The 39-year-old world-class Italian No.1 has played at Parkhead twice in the past – in 2001 and 2013.
Buffon, who cost a record £50million when he joind the Turin outfit from Parma in 2001, admitted he is excited at the prospect of playing against Brendan Rodgers’ team ahead of tonight’s draw in Monaco.
He said: “I want to experience the electricity of Celtic Park once more.
Embed from Getty Images
“Playing in the Champions League allows you to experience some of the most exciting stadiums in Europe and when you are younger you take that for granted as there are many more opportunities ahead of you.

“But, as you get older, you realise there are things you perhaps won’t experience again. I want to test myself at the Bernabeu and Camp Nou again, I want to play in another special evening at Old Trafford.

“I want to experience the electric atmosphere of Celtic Park once more. Hopefully, I can experience some of those things again.

“Unfortunately, the reality is that I won’t with some of them.”
Buffon is coming to the end of a glittering career, but he revealed he still has targets, apart from playing again in the east end of Glasgow.
He added: “I have one more year on my contract, so I have one more chance to lift the Champions League.
“If we win the trophy, I will continue to play one more season, so I can also try to win the World Cup and other trophies.”

How will Celtic fare this season in Champions League?

Celtic currently sit in a strange space: one in which they seem unbeatable monoliths in the Scottish football, while considerably more vulnerable on the European stage.

In the Premiership, the Hoops were literally unbeatable in 2016/17 – not losing a single one of their 38 matches in the Scottish Premier Football League. Not even the arrival of the reconstructed Rangers made much of a difference last season. But the same is far from true of the Bhoys’ European exploits.

With this in mind, how will Celtic fare in the Champions League during the 2017/18 season?

There’s the European elite… and then there’s Celtic

The deep chasm between Celtic and the European elite was typified most profoundly by their 7-0 defeat at the hands of the mighty Barcelona back in September 2016. Against the firepower of Lionel Messi (who scored a hat-trick in the game), Luis Suarez (who scored two), Neymar and Andres Iniesta (who scored one each), Celtic didn’t stand a chance.

Being just another one of the Catalan giants’ many victims was a hollow consolation for the Scottish Champions. The gulf between Celtic the mega bucks elite sides in Europe is so deep that it’s sometimes hard to accept for a club with such a proud European heritage.

Brendan Rodgers said at the time was that “great players find space” no matter what their opponents do try and stop them. But the truth is that night, Celtic gave Barca space and were punished for it. While Celtic coasted to an impressive victory against Astana in the home leg of the Champions League Qualifier they also conceded four goals in the away game on Tuesday and that has to be a worry.

The task facing Brendan Rodgers and Celtic in the Champions League can appreciated by looking at what the bookies are offering. Going into the 2017/18 group stage (before the draw), Celtic face odds of 250/1 from Bet365 to win the Champions League. And despite that particular website offering an impressive £200 sign-up bonus through Bookmaker Advisor, it would be a brave, extremely optimistic Bhoy who would use it all to bet on the Hoops for European glory.

Can Celtic overcome the low seeding of Scottish sides?

Teams in the Scottish Premier League struggle to overcome the low UEFA-league ranking of 25th, where they sit between Denmark and wait for it – Azerbaijan. However, as champions of their domestic league, Celtic are fortunate to avoid the better teams during the qualifying stages.

And anyway, seeding isn’t always a marker of future success. The Hoops proved this when they came through in Pot 4 and won 10 points under Neil Lennon in the 2012/13 season.

Despite losing their last qualifying match away to Astana, Celtic won the match-up 8-4 on aggregate after a thumping 5-0 victory in the home leg. Some pundits overestimated the Kazakhstani side and expected a tough ride for the Hoops. This 12 goal tie was a UEFA record so perhaps we can expect some high scoring games in the Group stages. Celtic look like conceding a few but judging by the Astana game, for every one they lose they can score two! 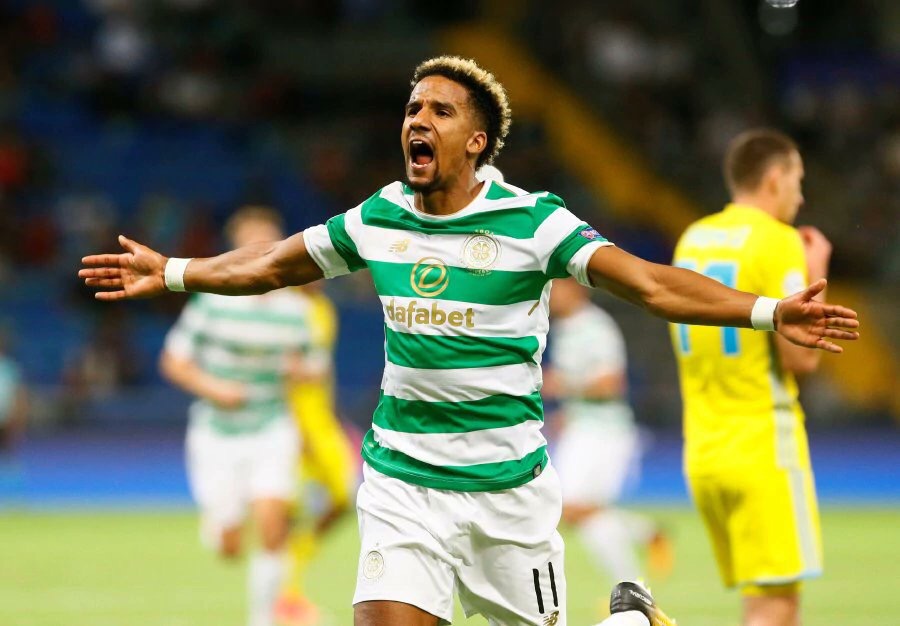 The fact they beat Astana so decisively over two legs shows that Rodgers is making strides to improve his squad. Indeed, the Hoops barely eked out a 3-2 aggregate win in the same fixture 12 months ago, courtesy of two penalties at Celtic Park.

Without knowing who Celtic are up against in the group stage, it’s impossible to know how they will fare in the Champions League. Yet the 5-0 win against decent opposition was a classy display by anyone’s standards. So while the Bhoys are unlikely to win the competition, the signs suggest the days of Celtic as Europe’s whipping boys may be about to end.

Brendan Rodgers is looking for European football after Christmas. A favourable draw could see Celtic reach the last 16 in the Champions League but a more realistic outcome ahead of today’s draw could be a third place group finishing which would give Rodgers a crack at the Europa League.

After Martin O’Neill won Celtic’s previous treble, the next season he took his side all the way to the UEFA Cup Final in Seville. Could Rodgers’ treble winning side be about to repeat history.

Fasten your seat belts as we are about to find out!