Celtic Quick News on News Now
You are at:Home»Latest News»KARAMOKO AT THE DOUBLE
By CQN Magazine on 9th March 2022 Latest News

KARAMOKO DEMBELE sent another reminder to Ange Postecoglou about his quality when fired in a double in the Celtic B team’s 5-0 victory over Partick Thistle in the Glasgow Cup this afternoon.

The 19-year-old winger, who is battling back after a serious ankle injury sustained in the pre-season match at Bristol City, is out of contract at the end of the season.

Postecoglou has expressed a desire to hold onto the youngster who was once acclaimed as a Bhoy Wonder when he came on the radar as a 13-year-old prospect during Brendan Rodgers’ reign. 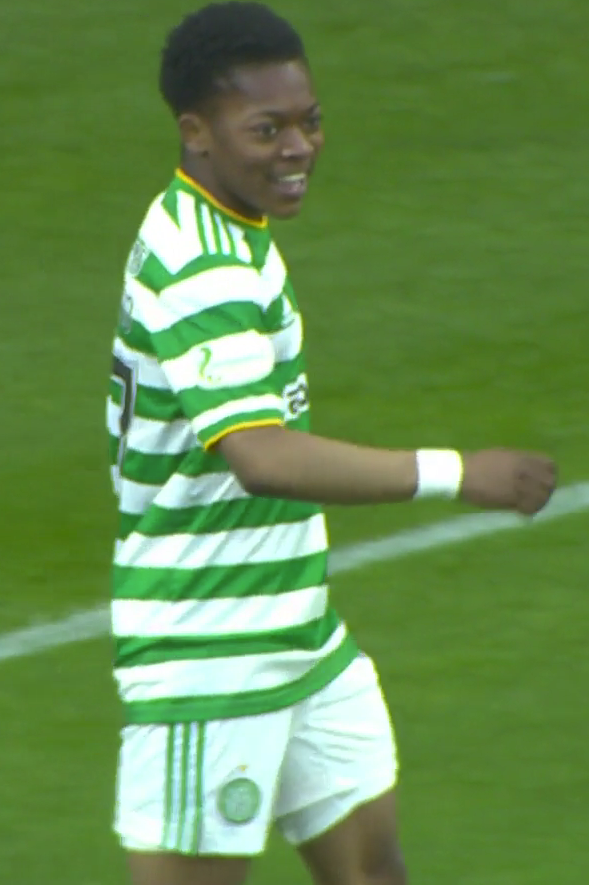 HAPPY DAZE…Karamoko Dembele celebrates his first Celtic goal in the 4-0 win over St Johnstone at Parkhead in May last year.

Dembele is still awaiting his first start for the Hoops, but is expected to get a chance in the campaign’s run-in if an opportunity arises. He made a brief appearance as a substitute for Filipe Jota in the 2-0 victory over St Mirren at Parkhead a week ago this evening.

Mikey Johnston, still searching for a first team goal after over two years of firing blanks, also got on the scoresheet against the Maryhill outfit.

And maintaining the feelgood factor for the Greek-Australian gaffer, Jonny Kenny, the teenage Irish frontman signed from Sligo Rovers in the January window, got the ball rolling in the 31st minute with his first goal for the club when he pounced on a rebound from a Dembele drive.

Dembele swiftly doubled the advantage with some superb control and low drive and Johnston added a third after the interval as he curled home into the far corner before Dembele claimed his second with a brilliant, soaring left-foot drive from just outside the box.

Joey Dawson claimed No.5 in the fading moments after some excellent work on the left from impressive substitute Rocco Vata.