CELTIC teenage sensation Karamoko Dembele has been called into the England Under-18 squad.

With Hoops team-mates Callum McGregor, Ryan Christie and Greg Taylor involved with Scotland for their games against Israel, Slovakia and Czech Republic, the club’s hot property will be with the cream of the English youngsters at the nation’s training HQ at St. George’s Park.

Dembele will participate in six days of training although no fixtures are scheduled over the duration. 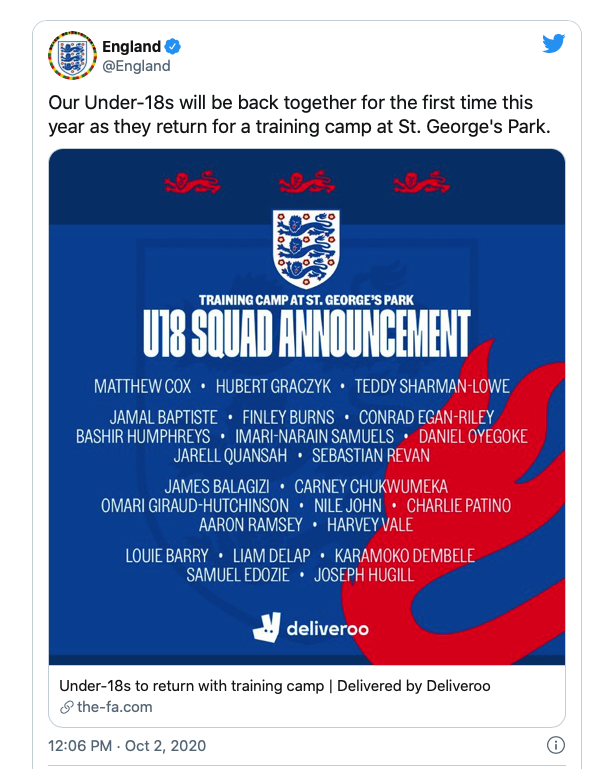 Dembele is out of contract in June next year, but has struggled for game-time at the nine-in-a-row champions.

The whizz kid didn’t start a game last season while his only two appearances came from the bench.

He was last seen as an 86th-minute substitute for Ryan Christie in the opening Premiership confrontation of the campaign when the Hoops hammered Hamilton Accies 5-1 on Flag Day at Parkhead in August.