KARAMOKO DEMBELE is at the centre of a Celtic transfer puzzle.

The 17-year-old Hoops winger, hailed as a wonderkid after his debut in the 2=1 win over Hearts in the final Premiership encounter of season 2018/19, has barely featured since that initial breakthrough.

Dembele has made only a handful of appearances since 60,000 fans welcomed him as a second-half substitute for on-loan Oliver Burke against the Tynecastle side 20 months ago.

He did enough to persuade Neil Lennon to name in his Scottish Cup Final squad for the Hampden confrontation against the Edinburgh club a week later where Odsonne Edouard scored the goals that sealed the historic treble treble. 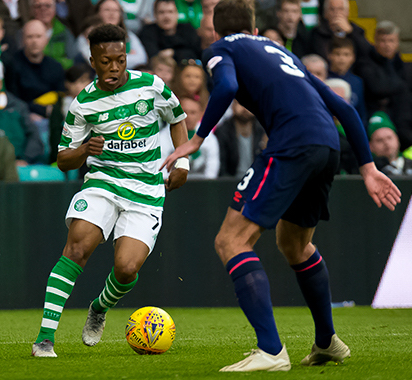 Dembele even figured in the side’s 5-1 Flag Day success over Hamilton Accies on August 2 as they kicked off their 10-in-a-row bid – albeit for only four minutes as a substitute for Ryan Christie.

He also made a late appearance as a 79th-minute replacement for Mikey Johnston in the Covid-stricken line-up’s 1-1 draw with Hibs earlier this month.

However, with so few outings, it was expected that the talented teen, who was born in in London of Ivorian parents and raised in Glasgow since an infant, would be on the wanted list of interested clubs attempting to sign the exciting prospect on a pre-contract in this transfer window.

Instead, it has been all-quiet on the Dembele front.

It’s all rather mystifying when you look back to Christmas 2018 when the mini marvel agreed his first professional deal as the Parkhead outfit saw off envious clubs such as Barcelona, Manchester City, Paris Saint-Germain and Chelsea. 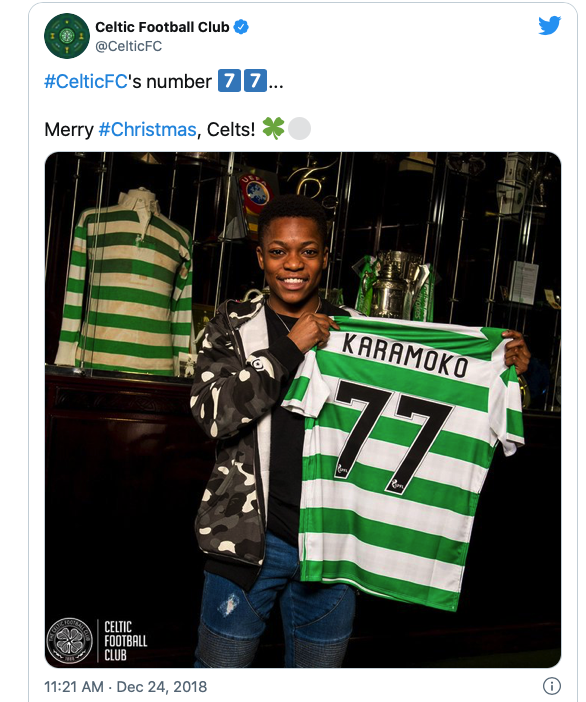 The champions stated the terms would see the player remain at the club until “at least 2021”.

This morning, CQN checked transfermarkt – normally the football bible for footballers’ contracts – for our article on the possible comings and goings at Parkhead in the near future.

The platform informed us Dembele was under contract until June 2022, a fact that dramatically changes the landscape while some media outlets are insisting he can agree an arrangement just now and walk in the summer with the club picking up a mere development fee.

Just before the season’s kick-off, Dembele looked the part in friendly against Hibs where he scored the opening goal and delighted gaffer Lennon said: “We want Karamoko to be around the first-team squad this season. It’s that time for him now when he is going to be training with us all the time.

“He may dip in and out and we just need to be careful with him as he’s still only 17.

“He’s looking stronger as he goes along and the more he trains with the first team the better he will get.”

Dembele did make history when he became the club’s youngest-ever European player in last season’s defeat to Cluj at just 16 years, nine months and 20 days.

He became an overnight sensation when he made an appearance in the Hoops’ Under-20s at the age of 13 and the supporters waited until he was unleashed into the first team.

They are still waiting as Dembele’s career has stalled.

The question is: Do Celtic have another year or so to guide this precocious youngster back on the glory trail?

The transfer window closes on Monday. We will have our answer then,