TEEN sensation Karamoko Dembele is aiming to make this his breakthrough year at Celtic.

The 16-year-old winger got his initial taste of the big-time when he came on as a second-half substitute in the final Premiership game of the season as the eight-in-a-row champions beat Hearts 2-1 at Parkhead last month.

Dembele’s electrifying introduction thrilled the Hoops fans and promised much for the future.

Neil Lennon included him in his Scottish Cup Final squad the following week and, although the youngster missed out on this occasion, he was still given a special cheer when he went up to hold aloft the silverware following another 2-1 triumph over Craig Levein’s Edinburgh outfit.

The tricky raider is now in Austria with the Parkhead men as they prepare for another crucial campaign with the magical nine successive crowns on the radar.

Dembele, speaking to Celtic TV, looked back to his Parkhead debut and said: “It was unbelievable because I wasn’t really expecting it. 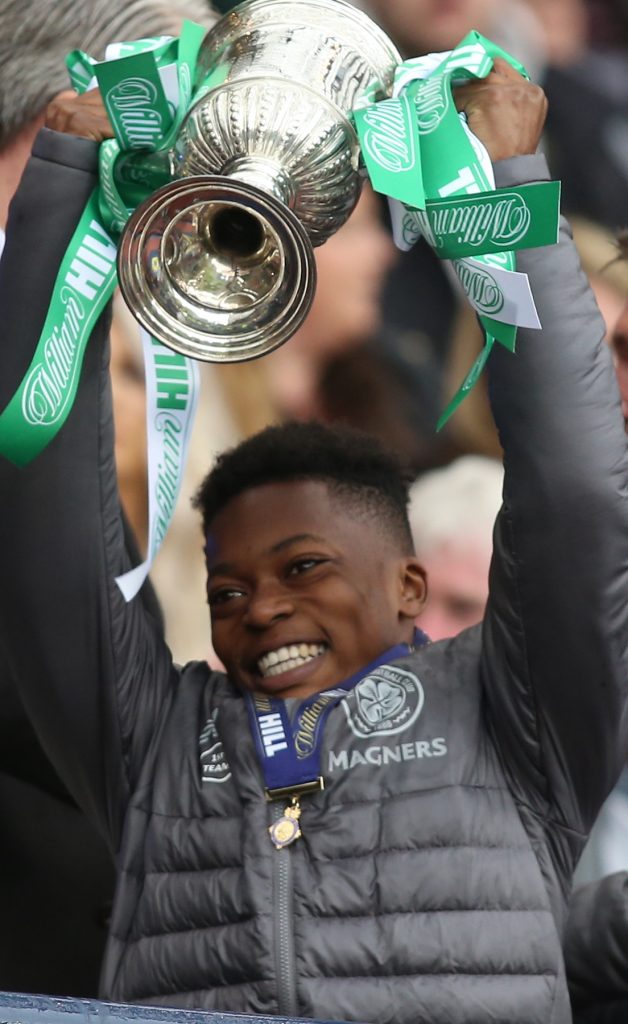 “When I was coming on everyone was singing my name and it was crazy.

“It was quite hard not to smile, but it was really nice, to be honest. As soon as I got on the pitch, I just never wanted the game to finish.

“It was something to look forward to. Finally getting to do it was kind of a relief.

“Now I’m looking forward to this season and hopefully get another chance.

“This season is just about focusing on getting in the first team and getting as many opportunities as I can.

“Doing it in training and proving it in games as well, just be relentless with it.

“There’s been a lot of attention and a lot of pressure, but I’ve dealt with it well, to be honest, with me and my family and everyone helping me to just focus on football.”