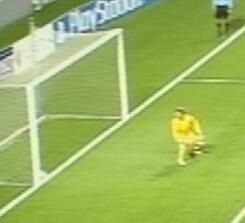 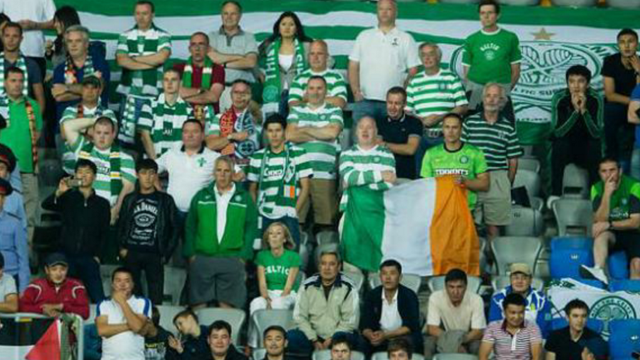 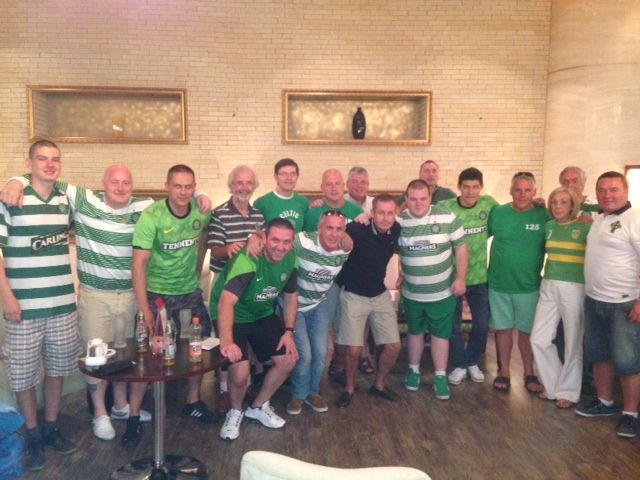 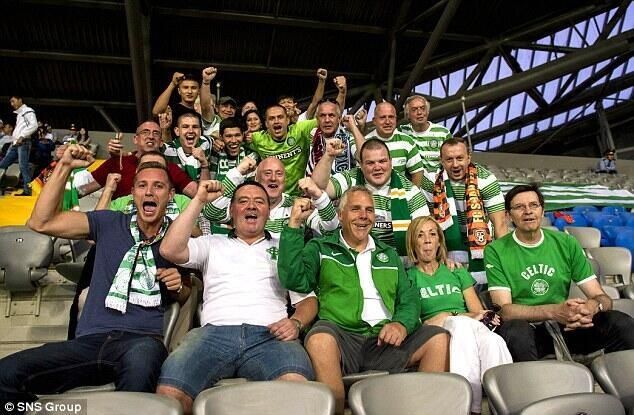 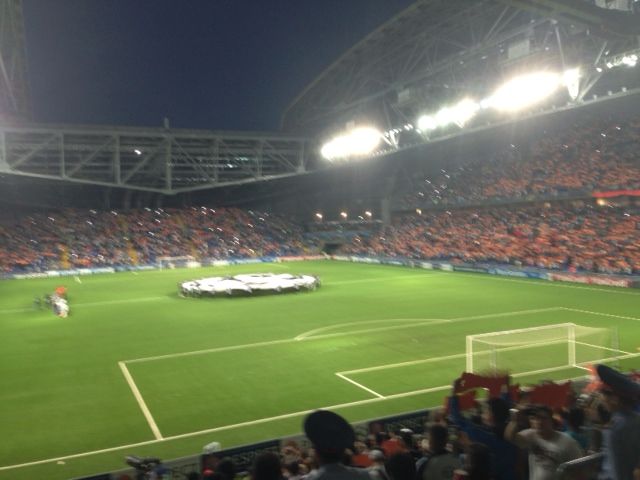 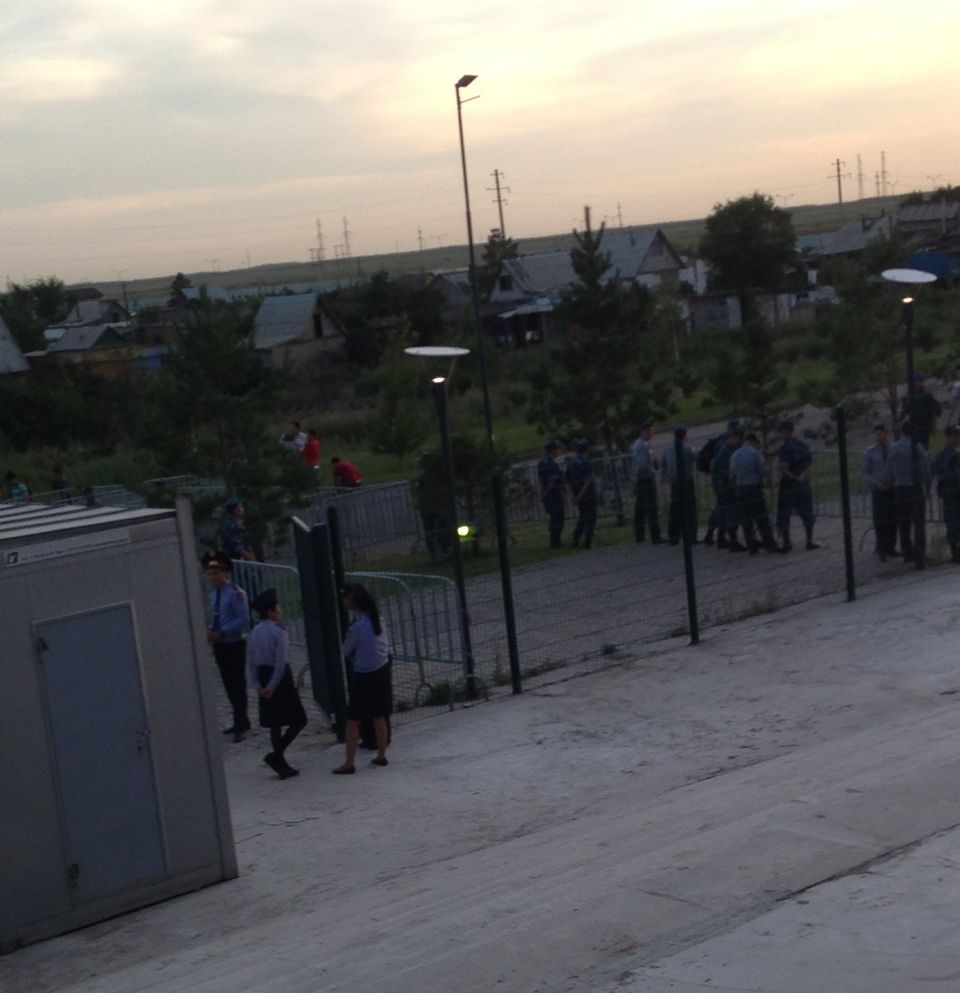 A look back to 2013 and a supporters story of following Celtic in Europe. CQN’s Leftybhoy  joined a select few Celtic supporters who, faithful through and through, followed the team to Kazakhstan…The door with the opportunity to fly with the team shut late one night and the next morning another one opens.  With a minute to spare before a 09.00 deadline a quiet unassuming Royal Mail postman delivers my Kazakhstani Visa application to the Embassy and the next door opens.

The door to book flights, hotels and arrange Worldwide travel cover opens up and the Champions League playoff first leg awaits.  Surprisingly trips to Kazakhstan aren’t covered by European travel insurance and I need to upgrade.  So UEFA tell us Kazakhstan are in Europe and Insure & Go tell me otherwise? This must be the lateral movement that causes the Peter Lawwell to have sleepless nights. Now I understand!

A few days after Aberdeen are put to the sword we are on our way to Asia to see Celtic in Europe.  A few stop offs on the way and before you know it we meet PaultheTim in Astana airport and we jump into a taxi at a ridiculous hour on Tuesday morning and head for a few hours’ sleep.

A rendezvous at a nearby hotel and the elusive match tickets are acquired.  A great opportunity to meet some old friends and make some new ones.  Time to soak up the stunning views, some sunshine and enjoy a pre-match refreshment or two. Happy days! Or so I thought.

The centre of Astana very much had  a western feel – vibrant, affluent with a splattering of large video screens on the buildings advertising top of the range cars to luxury apartments.  With skyscraper office blocks and top end hotels with marble kerbstones this very much is one side of Asia.

Just outside the Astana Arena we saw the other side, a small shanty town with residents who clearly didn’t share the wealth which was so apparent in the centre of town. Sights like this bring it home how poverty is still an issue which needs addressed.

Throughout the day the locals were friendly and genuinely warm. Many requests for photos with us and heartfelt wishes “Thank you for visiting our country.  Please enjoy your stay” was the response of the locals.

The stadium itself looked fairly new, the shape of it reminded me of Tynecastle, thankfully we were made welcome here though.  Their fans like their Mexican waves, were excited every time their team made it over the half way line and generally made a lot of noise but not much singing if that makes sense?

Post-match was a hasty retreat into town. The bus journey back was an experience in itself. All of us crammed into a bus which was already bursting at the seams. Squeezed in and not a bit of air.  Now I know what it’s like to be a sardine! And despite all this the locals still manage to squeeze in another photo opportunity with us.

Analysis in the Chilli Peppers Bar was upbeat considering what we had just witnessed. The table next to us was occupied by the match officials and other members of the UEFA delegation who gave the impression that they would have rather been in our country.

On hearing news of our whereabouts Celtic director Brian Wilson took a detour around town and came and shook everyone’s hand, personally thanked us for attending, then insisting on buying the entire company a drink. It was a genuine gesture from a genuine Celtic fan.

By the time the post-match analysis was complete it was the wrong side of 4.00 am and some of us headed for some much needed beauty sleep.  Others were starting their long journey home with the first flight out for a few of the Bhoys scheduled for 06.30. Ouch!

The long journey home was mainly about a determination not to let 90 minutes spoil an otherwise pleasant trip and looking forward to Inverness game on Saturday.  The feeling from the guys who were at the game in Kazakhstan was that we can overturn the result at a packed Celtic Park. With the will of the fans pushing the players on, Celtic can do it. By the time you read this you’ll already know if we made it through.
Keep The Faith.