Celtic Quick News on News Now
You are at:Home»Latest News»KENNEDY AND THE BIGGER PICTURE
By CQN Magazine on 7th March 2021 Latest News

JOHN KENNEDY has out his ego on hold to make sure Celtic complete a wretched season with a winning sequence.

The former Hoops and Scotland international centre-half will again take charge of the team in an interim capacity after taking over from the departing Neil Lennon 13 days ago.

Kennedy, with Stephen McManus and Gavin Strachan in the dug-out alongside him, celebrated a debut win with a 1-0 success over Aberdeen at Parkhead last weekend and now has his sights trained on three points from the midday meeting with Dundee United at Tannadice today.

The 38-year-old coach admits he does not view his role as an audition for the main job in the frenzied midst of the avalanche of contenders cascading around Parkhead with all sorts of managers about to take over the hot seat, as reported by the usual “informed sources”.

Kennedy is maintaining his concentration and energies and said: “I’m honestly not taking myself into consideration because if I start doing that, it becomes about me. It becomes about me showing myself and that might not be what’s right for the team and the club at this time. 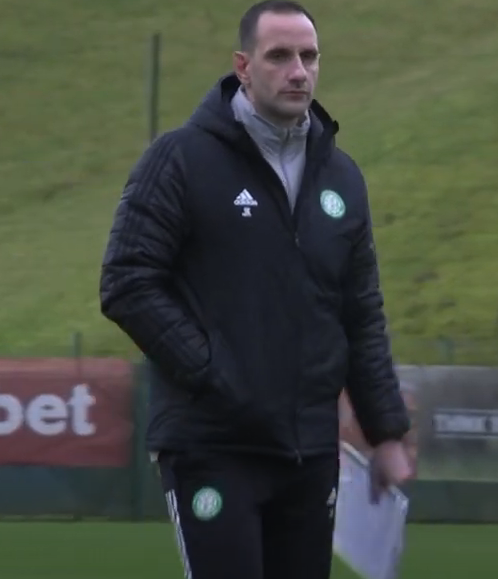 “Everything I do is what I think is the right thing for now and I’ll do that the best I possibly can.

“In terms of auditioning, I’ve been here for a period of time. I know how the club works, how the people work within it. I’ve very much had a great time here, but for this time I’ve got to very much focus on what I need to do on a daily basis and leading into games and do what I think is the right thing for everyone.

“And just park my own ambition, my own ego to the side and deal with what comes my way.”

Kennedy, speaking to the Sunday Mail, added: “I’ve spoken to both Peter Lawwell and Dermot Desmond over the last week and a bit and they’ve been great, very supportive.

“They are experienced guys, they have the club at heart and, ultimately, will make the right decisions for the club.

“Again, I’ve got to follow that, as well, and just continue to do that. And everybody needs to get on board with that at the club – and they have been.

“You can fall away and feel sorry for yourselves and write everything off, but life goes on, the club goes on, and we’ve got to get back to the levels of which we know we are capable.”

* DON’T miss the unbeatable match report from Dundee United v Celtic at Tannadice this afternoon – only in your champion CQN.