The 33-year-old midfielder was confronted by a furious Andy Halliday after the final whistle which sparked a melee with rival players jostling and pulling each other.

The outcome was a second yellow card for the Ibrox defender which is effectively an ordering-off – the same fate that befell his hot-headed team-mate Alfredo Morelos in the first-half.

The controversial Colombian was red-carded for the FIFTH time this season – a European club record of indiscipline, as CQN reported yesterday – after thumping an elbow into the face of Brown.

Morelos’ cowardly act was off the ball with the ref following play, but an assistant match official spotted the outrageous act and the striker was dismissed. 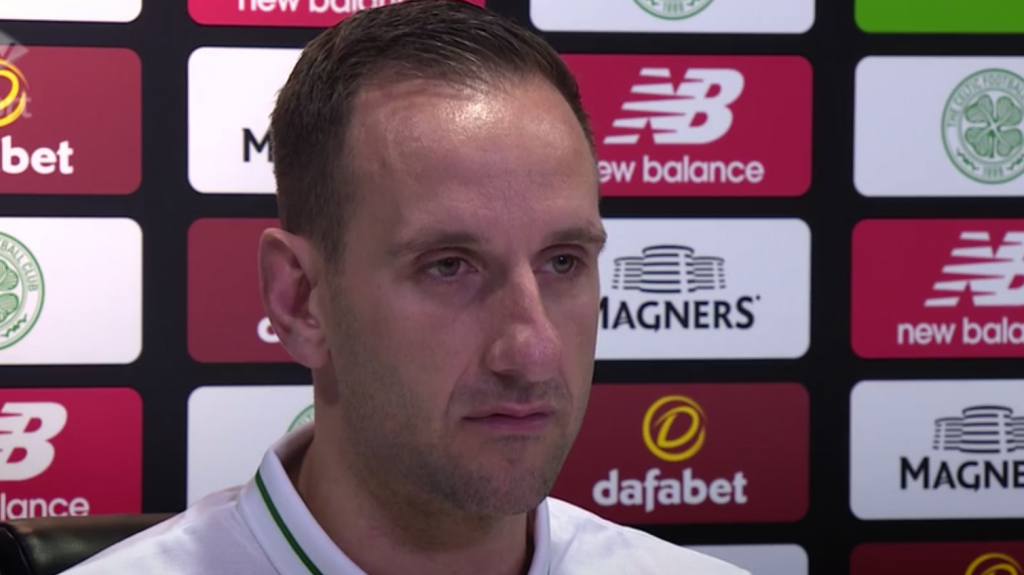 Astoundingly, his lashing-out at his opponent was missed by all four officials, but was caught on camera and the player will know later today what punishment he faces after the SFA compliance officer has looked at the compelling evidence.

After the game, Ibrox manager Steven Gerrard claimed his players were provoked by Brown.

However, Kennedy. speaking to Sky Sports News, said: “People are picking on Scott Brown, trying to make an issue, but Scott’s behaviour was first class, he conducted himself very well.

“In terms of how he conducts himself, there’s no issue.

“The game finished in the corner, there was a tackle, the ball went out for a throw, the final whistle went, as always there was a celebration.

“It was a coming together and quickly resolved. There’s no issue from our end.”