Celtic Quick News on News Now
You are at:Home»Latest News»KENNY IS HOOPS’ SWOOP No.4
By CQN Magazine on 9th January 2022 Latest News

JOHNNY KENNY has become Celtic’s fourth signing of the January window after agreeing a £125,000 move and a five-year deal from Sligo Rovers.

The highly-rated 18-year-old striker netted 11 goals in his first season with the League of Ireland side to attract the attention of the Hoops talent scouts.

Hibs, too, were in the chase for the hitkid, but once the Parkhead outfit declared their interest there was only one destination for Kenny, who will kick off his new career in the club’s B team set-up, according to a report on the Celtic website. 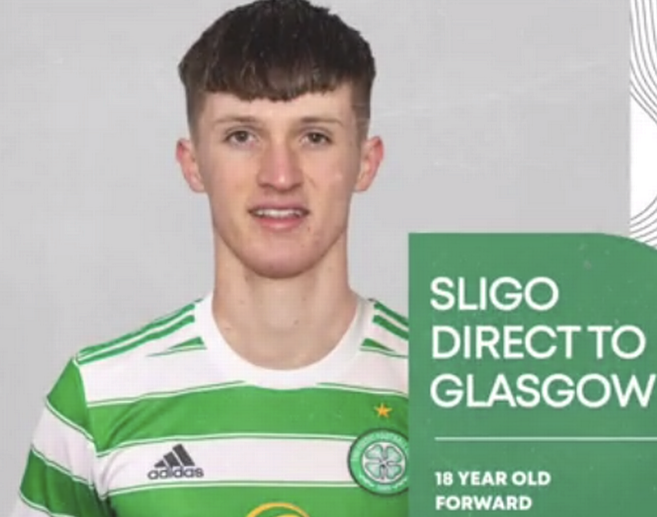