Celtic Quick News on News Now
You are at:Home»Latest News»KEY MAN OPENS UP ON ‘RELENTLESSNESS’ IN 9 IN A ROW QUEST
By CQN Magazine on 14th November 2019 Latest News

CALLUM McGREGOR has admitted he is starting all over again – EIGHTEEN years after signing his first Celtic contract as an eight-year-old with stars in his eyes.

The Scotland international midfielder penned a new five-year deal last week which will see him remain at the champions until the summer of 2024 at least.

McGregor revealed he has not lost the desire or determination to succeed at the Hoops and, of course, was a key man in the historic treble treble success with the club looking for their 10th piece of domestic silverware in the Betfred League Cup Final against Steven Gerrard’s Ibrox outfit at Hampden on Sunday December 8.

Skipper Scott Brown’s fellow-anchorman, speaking exclusively to this week’s Celtic View, said: “This year we seem to be back to our free-flowing best in terms of goals and it’s all about the players now keeping our feet to the floor and going right through.

“With the standard we’ve set over the past few years, it does make it difficult, but what’s good about this group is that they never want to rest on what they’ve done before.

“You come back in and see that fresh hunger to go and win everything again – and that’s what you have to do. 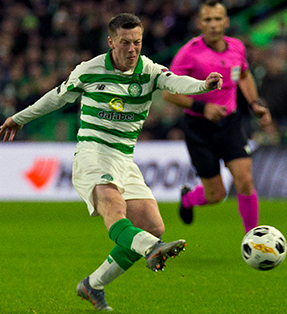 WHAM…Callum McGregor fires in a shot in Celtic’s win over Lazio.

“I think it helps that me, James (Forrest) and Scott (Brown) have done it over the past few seasons.

“That relentlessness and ruthlessness really helps other players. This is the standard and if we go and set it, they will follow. So, it’s important to have that group of experienced guys who can drive it.”

McGregor reflected on his initial contract with his boyhood favourites and added: “I came in originally as an eight-year-old kid and now to be standing here 18 years later, having signed another five-year deal, makes me incredibly proud of what I’ve done and what I’ve achieved.

“I’m also thankful to everybody else around about me who have helped me get to this point and obviously to the club as well for securing another contract for me.

“The last few years have been brilliant, with so many big games, big goals and trophies, that it’s hard to pick one out. 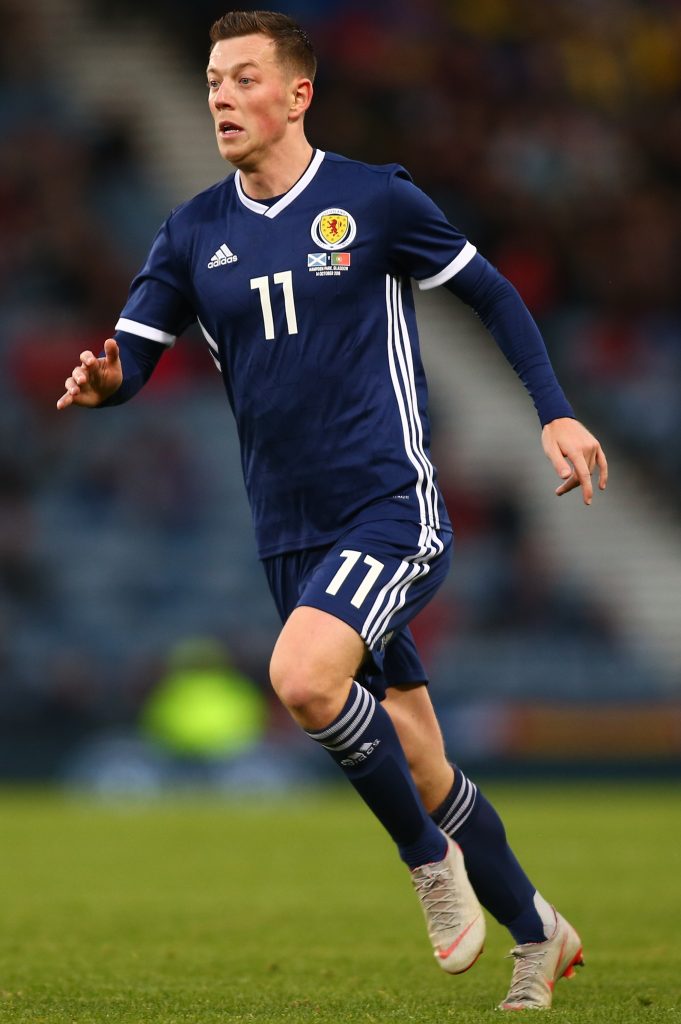 ON THE RUN…Callum McGregor in action for Scotland.

“It’s so important at this club that you also have to win with a style and that’s probably been the biggest thing over the past three or four seasons, for the club as a whole.

McGregor will now be focusing on doing the business for Scotland in their Euro 2020 double-header against Cyprus in Nicosia on Saturday afternoon and against Kazakhstan at Hampden on Monday night.

He will be joined by Hoops team-mates James Forrest, Ryan Christie, Greg Taylor and Lewis Morgan as Steve Clarke’s players complete the group which has already seen Belgium and Russia qualify for next summer’s Finals.

McGregor will then turn his attention to gathering Premiership points for the Hoops in their quest for nine in a row with Livingston due at Parkhead a week on Saturday.