NEW Bhoy Boli Bolingoli-Mbombo is hoping to be a massive success at Celtic, relatively speaking.

Boli, a 24-year-old pacy, attacking left-back, spent his school years kicking a ball around the parks of Antwerp with the powerhouse frontman, 26, and the international star’s brother Jordan and his own sibling Emeraude.

Both of the Lukaku brothers have stepped up at Old Trafford and Lazio and now Boli wants a taste of the big-time in front of packed houses at Parkhead and to show his worth in the Champions League.

The ambitious defender, speaking to the Daily Record, said: “If you see where we have come from, to have three players in the family making good steps in their footballing careers is a big thing.

“It motivates you also to see your cousins doing well, too. You want to be like them.

“I grew up in Antwerp and after there I started my professional career in Brugges, but we lived close to each other when we were young.

“Romelu left to go to England and we see a little bit less of each other now, but during holidays in Belgium we always try to catch up again.

“His season has started also and I haven’t heard from him for the moment, but I’m sure when he hears the news he will contact me. I’ve heard already from Jordan and it was also a big surprise to him, as well.

“They are all happy for me after my transfer and wish me luck. 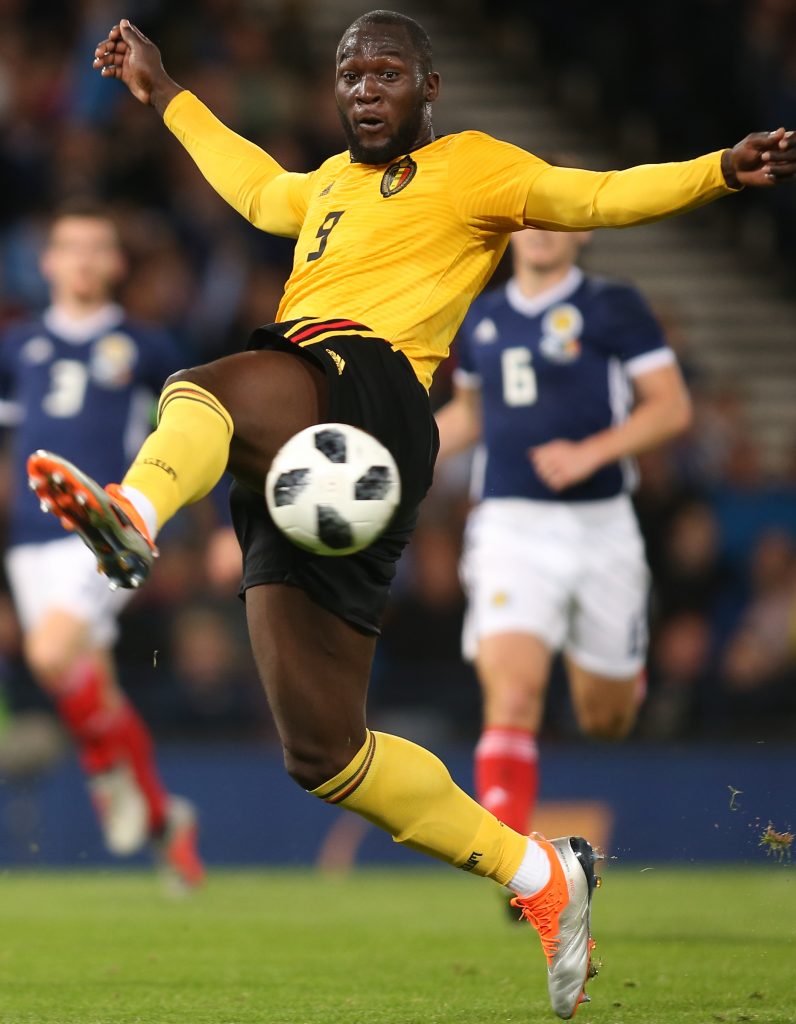 THE FAMILY WAY…Romelu Lukaku in action for Belgium against Scotland at Hampden last year.

“We were closer when we were younger, but we are still family. Romelu is focused on his career and I am focused on mine, but we stay in contact of course. We always try to motivate and inspire each other for sure.”

On his move to the eight-in-a-row champions, Boli said: “It came as a surprise.

“It also happened really fast, so I really didn’t know if it was going to happen or not. I’m here and very happy to be here, but for everyone else, it is a big surprise.”

Having started his senior career with four years at Club Brugge, he has picked up valuable experience following his £800,000 move to Vienna two years ago.

Now there is th opportunity for Boli to step up to join his cousin Romelu in the Belgian international set-up.

National coach Roberto Martinez is already planning to have the new Celt scouted by assistant Shaun Maloney during the Euro qualifiers and stars such as Joos Valgaeren, Jason Denayer and Dedryck Boyata have shown there is clear pathway into the squad from Parkhead.

However, the full-back added: “I want to be focused here first. I am new here and want to first of all show the fans in this country what I can do and what my qualities are.

“After that? Of course, let’s see what that can bring me in future. I’m happy now that everything is finally done to be part of this family. I just can’t wait to start to see my new team-mates and coach.

“The attraction is that Celtic are a big club, very famous in Europe and always try to reach the top in the Champions League.

“For me that was important. I just came here to play football and to enjoy it.

“It’s a good step for my career to come to this club and let’s hope we can do a lot of things together.”