The Greek striker, who has missed the last two Hoops friendly games against Blackburn Rovers and Legia Warsaw on compassionate leave, was with his partner as she went into labour.

His baby girl arrived this morning and Giakoumakis shared the news on social media with a heartwarming post which was captioned: ‘Welcome princess’. 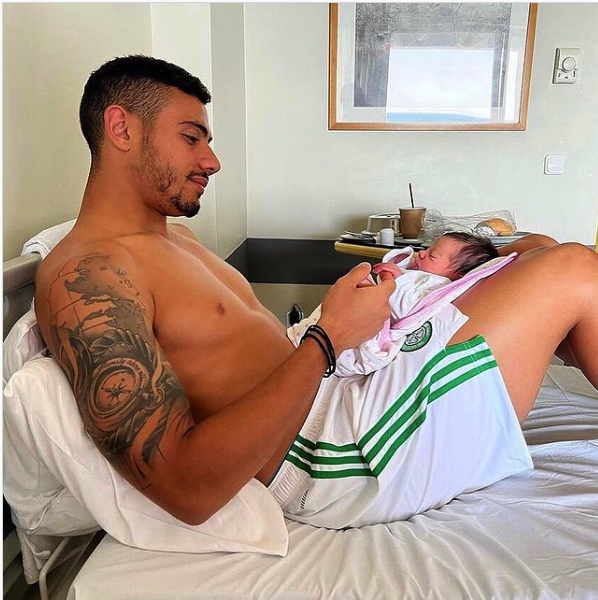 PROUD FATHER…Giorgos Giakoumakis with his new arrival as displayed on the player’s Instagram page.

The 27-year-old international frontman, who joined the Parkhead men in a £2.5million move from Dutch side VVV-Venlo last August, displayed a snap of him lying in a hospital bed with his new-born asleep on his lap. And wearing his Celtic shorts.

Giakoumakis’ comments earned a stream of congratulations, with Celtic joining in on their official page, and former team-mate Nir Bitton, who joined Maccabi Tel Aviv in the summer, also added his remarks.

It’s not certain if the player who scored 17 goals in his debut campaign for the champions will be back in time for Saturday’s friendly against Norwich City on Saturday afternoon.