Celtic Quick News on News Now
You are at:Home»Latest News»‘KIERAN CAN BE LIKE DANNY,’ GRANT
By CQN Magazine on 13th March 2018 Latest News

The 20-year-old defender was yesterday named in Alex McLeish’s international squad for the friendlies against Costa Rica and Hungary.

Tierney filled in at right-back on occasion for his nation when Gordon Strachan was in charge, but, according to the returning Scots gaffer, he will only play there in emergencies in the future.

However, McLeish could slot the versatile Celt into central defence while he also has Liverpool’s Andy Robertson and Wolves’ Barry Douglas vying for the No.3 position.

Grant said: “Kieran knows that he can play the left centre-back, he knows he can play left-back.

“In the modern-day game, especially at international and European level, there are not a hell of a lot of crosses coming in your box.

“It’s all about positional play and his positional play has been outstanding. And you’re fortunate enough that Andy Robertson is playing at the top of his game at a top class club with a lot of pressure on him, as well. What a performer he has been. We’re very, very fortunate.

“There’ll always be places for those boys in the team, never mind the squad. That’s a guarantee.”

Grant said he could only think of Sandy Jardine and McGrain as players who could take either full-back slot for Scotland and said that comparing Tierney with McGrain was fair. 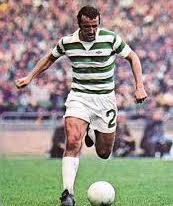 He said: “Danny was my hero and still is. I was very fortunate when I made my debut that Danny was playing. So I know how good Danny was.

“It was in everything he did. His professionalism away from the pitch, he was the first guy I saw going to a gym.

“The gym in Celtic Park was in the old stand and you needed a coat on to go there, it was that cold, but Danny was up there every day working on his body.

“He was physically so strong, but also one of the best defenders there’s ever been for Scotland and and in Europe that time. I think he was voted one of the best in the world.

“I think to be mentioned in the same breath as him, Kieran deserves that.

“He knows he’s got to go and win those caps for Scotland to get up there with Danny but he has the potential to go that distance, that’s for sure.”