The newly-appointed Celtic coach played alongside the ex-England left-back for four years at Arsenal.

They were part of ‘The Invincibles’, Arsene Wenger’s side that went the entire Premier League season undefeated in 2003/04.

Toure has watched Tierney emerge as an outstanding defender of genuine promise, first as a team-mate last season and now as a member of Brendan Rodgers’ backroom staff.

The defender will have a key role for Scotland in their two crucial World Cup-ties against Slovakia at Hampden on Thursday and in Slovenia on Sunday. 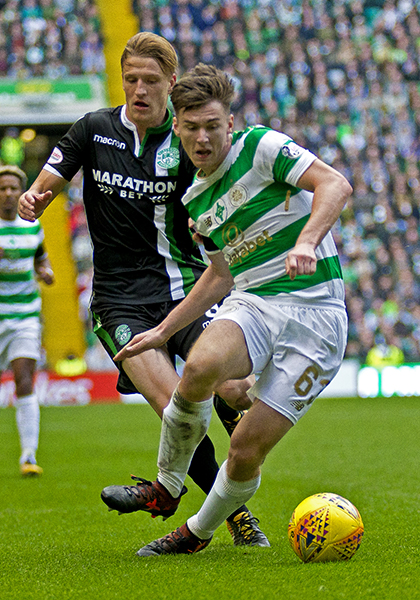 Toure said: “Kieran reminds me a lot of Ashley Cole in the way he bombs up and downs the flanks and in the way he is also so physically strong.

“He plays every game, as well. He is not the tallest, but he is a fighter and he is strong. He crosses, gets back and defends. He is a very, very good player.

“Can he reach Ashley’s level one day? Yes, of course. He has such great potential.

“He defends, he goes forward, he is every inch the modern left-back.”