JOHN KENNEDY fired back at former Ibrox chairman Dave King’s claims Celtic were arrogant and reckoned the tenth successive title was in the bag even before a ball was kicked this season.

The Hoops interim manager scoffed at the outrageous remarks of the South African-based Glaswegian and insisted: “He obviously doesn’t know what’s going on over here.”

As the Govan club enjoy their first championship win after a decade in the doldrums during their Glasgow neighbours’ nine-year domestic domination, King sought a corner of the spotlight to accuse the Parkhead men of taking their eye of the ball when he offered: “They knew we were catching up, but I think they felt ‘we don’t have to make too much of an investment – we’ve got them for one more year’.

“A little bit of hubris crept in there and they actually approached the season as if the 10 was done. They even had shirts out there with 10-in-a-row.” 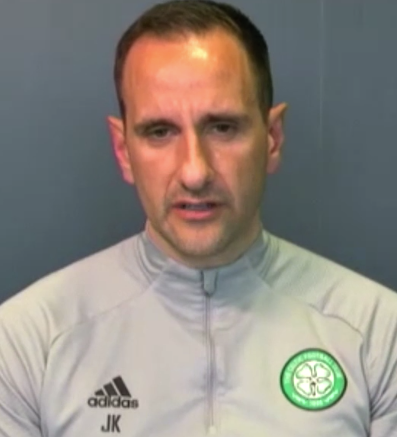 Kennedy, though, dismissed the rambling verbiage from the exile and could point to the money spent by the Hoops in the summer when they paid £5million for striker Albian Ajeti from West Ham, £4.5million for keeper Vasilis Barkas from AEK Athens and £2.25million for midfielder David Turnbull from Motherwell.

Plus there was the £2million loan fee for central defender Shane Duffy from Brighton and the other cash outlays for temporary contracts for Mohamed Elyounoussi from Southampton and left-back Diego Laxalt from AC Milan.

That sort of spending – in the in the £17million region – hardly supports any daft or ill-conceived notions from elsewhere of compacency from the Parkhead club.

Celtic also made it clear they would not be interested in selling Odsonne Edouard at ANY price. 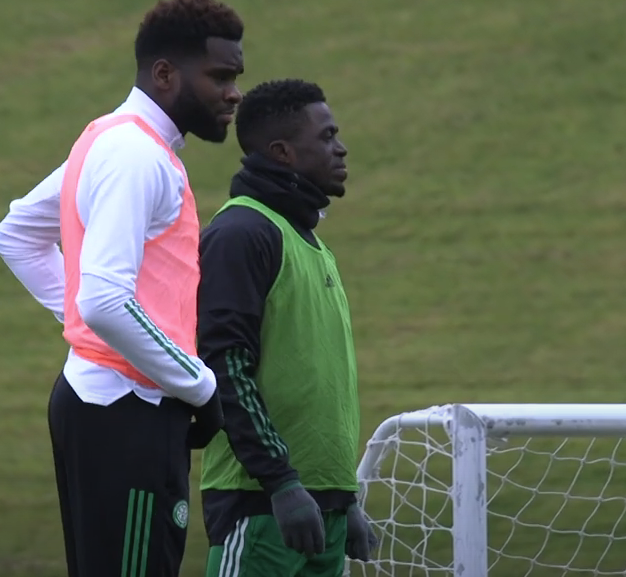 GETTING READY TO RUMBLE…Odsonne Edouard and Ismaila Soro prepare for the derby. 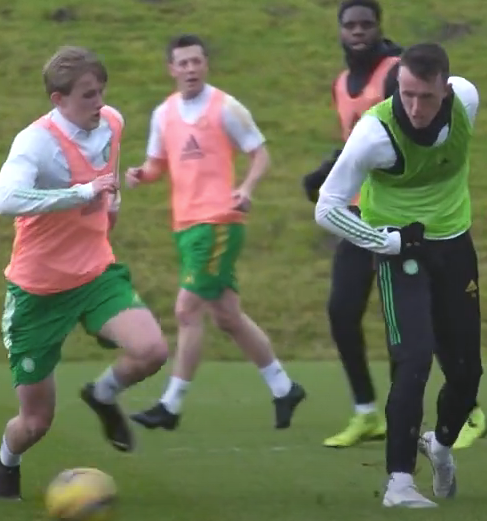 ON THE BALL…David Turnbull takes on Ewan Henderson in training. 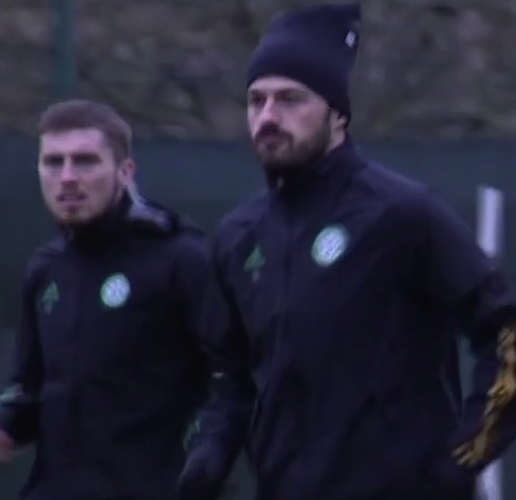 These stark and irrefutable facts bury King’s inconsequential accusations while the stand-in Hoops gaffer, preparing for this afternoon’s visit from Steven Gerrard’s side, joined in.

Kennedy said: “It’s unfair to say we were arrogant. He obviously doesn’t know what’s going on over here.

“We know what we do and we did invest and the club supported the team. He deals with his own club. We never show any arrogance as a club – we’re humble and try and do the right thing for us as a club.

“We don’t concern ourselves with too many other clubs or anyone else for that matter. We just focus on how we make ourselves better, how we improve things.

“It doesn’t always go to plan and that’s what has happened this season. Not everything is perfect. We’ve got to accept where we’re at, but it certainly wasn’t down to complacency at the start of the season.

“That’s not an excuse or reason for it. It’s purely down to us not performing well enough in too many games. We’ve had great success over recent seasons and at some point we were going to lose a trophy as you can’t go on forever.

“Unfortunately for us it’s come this season and it’s been the league, but it’s how quickly we address that and how quickly we get back on track and not just accept that someone else might be trying to take charge.

“It’s been a difficult year for everyone, one like no other, and it’s thrown up many challenges we’ve never faced before. Not just on the football pitch because of the outcome of some things, but behind the scenes even getting to see players we want to bring in, it’s been very challenging.

“It’s been the same for everyone, so we’ve got to learn from that. We have to accept and deal with that, but it’s about what we do from now on.”

Looking forward to today’s encounter, Kennedy, speaking to the Sunday Mail, added: “Regardless of the points difference, it’s always a tough game.

“Rangers have had a good season and won the league, but, for us, it’s about showing what we’re actually capable of as we haven’t done it enough this season.

“It’s about accepting that and going forward and showing what we’re truly capable of and we want to do that and set a marker to build on.”

* DON’T miss the unbeatable match report from Parkhead this afternoon – only in your champion CQN.