MOTHERWELL defender Cedric Kipre has won his red-card appeal after being ordered off in Sunday’s goalless draw with Celtic at Fir Park.

The centre-half was dismissed by referee Craig Thomson after a first-half clash with Hoops skipper Scott Brown .

Despite being originally shown a straight red by the match official, Kipre has had his punishment downgraded to a yellow.

The 21-year-old will now be available for the team’s next fixture against Sevco Rangers on March 31.

A club statement said: “Cedric Kipre has won his appeal against the red card shown to him against Celtic.

“A claim of wrongful dismissal was accepted by a judicial panel at Hampden Park on Thursday, overturning the decision and cancelling a resulting two-game suspension.

“A yellow card will instead be added to the player’s record for the incident.

“The judicial panel ruled that Kipré’s actions did not use excessive force or brutality against his opponent.” 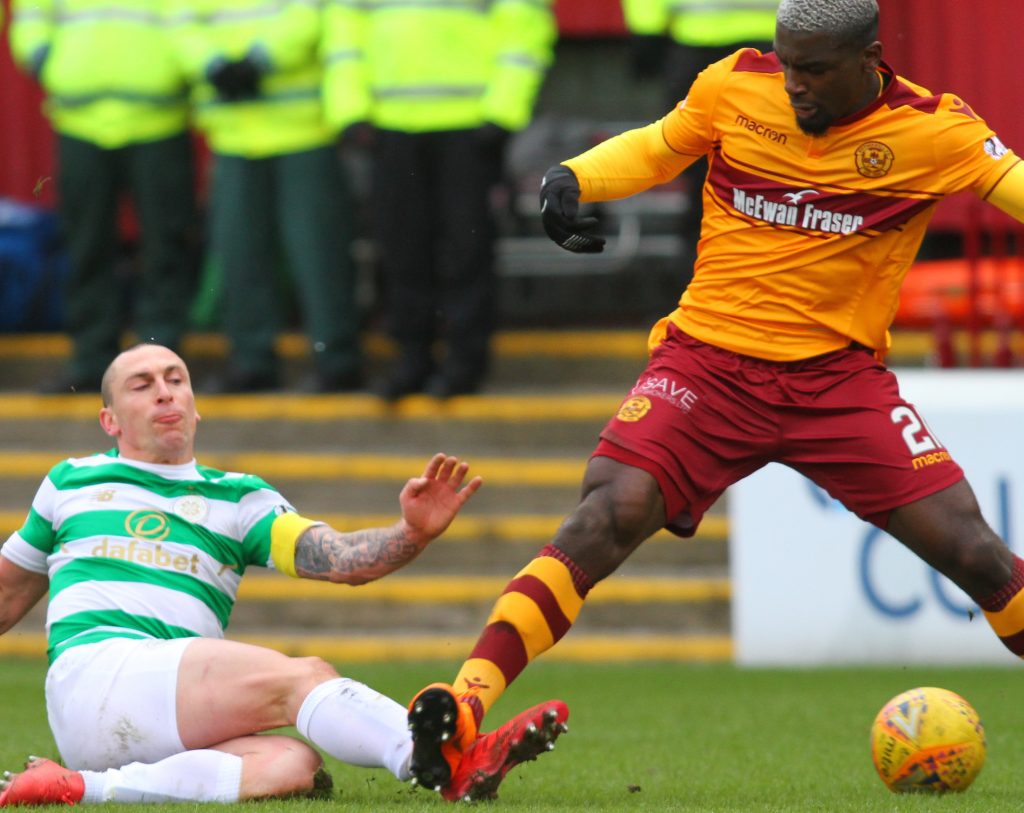 CLASH…Cedric Kipre tackles Scott Brown in the challenge that led to the red card.