NEW Bhoy Patryk Klimala insisted he is ready for a giant step up in his career after completing his £3.5million move to Celtic.

The Polish striker is the first of Neil Lennon’s purchase this month and he is aiming to hit the ground running following his agreement to a four-and-a-half year contract.

Klimala, speaking to Celtic TV, admitted: “It’s a big moment for me and I’m very excited.

“I’m very happy to be here at such a massive club. 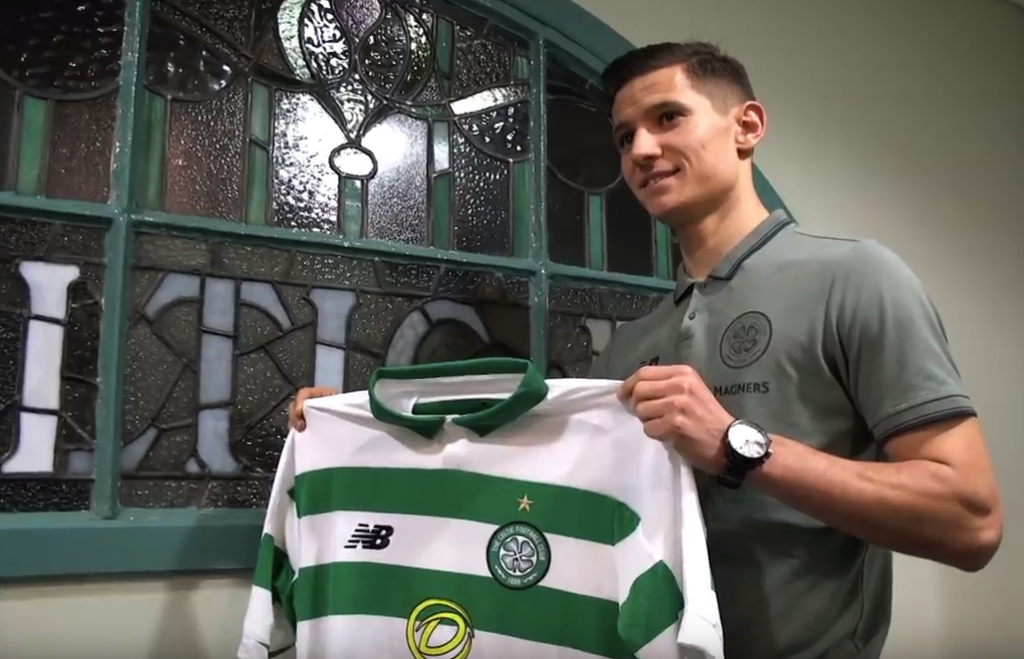 “The last 24 hours were intense. I was waiting for the decision to be finalised so I could finally come here and meet everyone. I had the chance to see the stadium and I felt the atmosphere.

“It was amazing so I’m looking forward to playing here in front of the fans. I’m very happy that everything is finished now and looking good.”

The 21-year-old frontman continued: “I understand how massive a club Celtic is, but I feel I’m ready for this now. I’m looking forward to playing for a club with such a big history and I know Celtic are a huge club in Europe.

“I want to give fans a lot of happiness and, hopefully, score a lot of goals for Celtic.”

Klimala joins a list of Polish players to have played for the Hoops, including fans’ favourite Artur Boruc, Maciej Żurawski and, further back to Billy McNeill’s second stint, Dariusz Dziekanowski and Dariusz Wdowczyk.

Żurawski recently spoke very positively about Klimala and the attacker was overjoyed to have earned the praise of the former Hoops marksman. 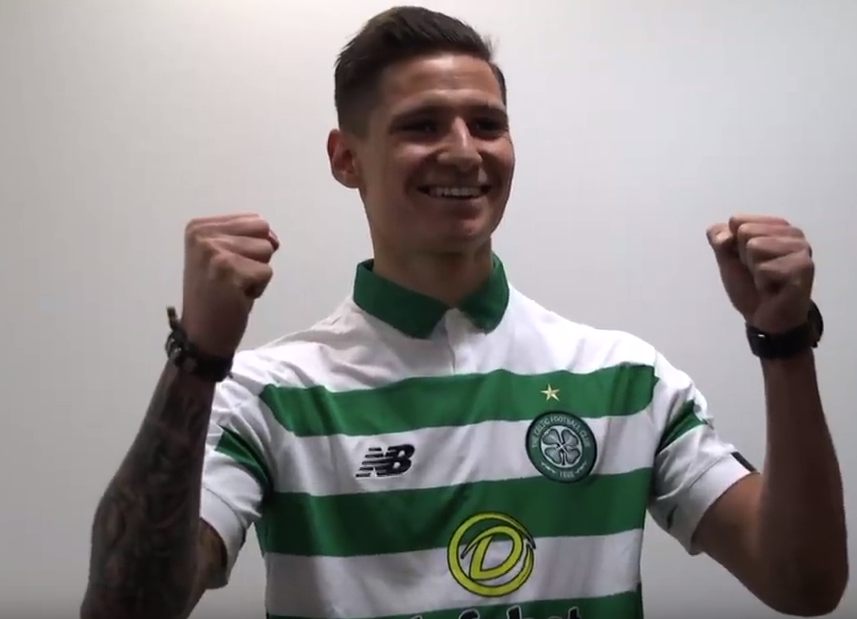 HAPPY IN HOOPS…Klimala shows his joy.

He added: “I haven’t spoken personally to Maciej Żurawski, but I read his interview in the press where he said some very nice things about me and said I was making the right choice. Hopefully, I can have the chance to speak with him to thank him for his kind words.”

Klimala will now give manager Neil Lennon options in his firing squad and take some of the burden off Odsonne Edouard who has practically led the line on his own in the past 13 months.

Leigh Griffiths has struggled over the period with his well-publicised personal issues and also injury and a loss of form. He has contributed only three goals in this campaign – strikes against Nomme Kalju, St Johnstone and Motherwell – while Vakoun Issouf Bayo, with one goal against Patrick Thistle in the Betfred League Cup, also finding it difficult to make an impact.

As CQN reported earlier today, the Ivorian frontman may now move on loan to get some game-time.