The classy Dutch central defender, who left Celtic for the south coast club for a record £13million on deadline day, was “perfect” according to his new manager.
Van Dijk strolled through his Premier League baptism and Koeman said: “I’m very pleased with him. Virgil was very impressive. 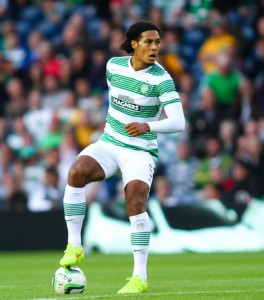 “He was very strong in defence and very comfortable on the ball. It’s a great signing and will make the team stronger. I thought he put in a perfect performance.”
The former Hoops favourite had to settle for a draw, though, with the Saints gaffer not too happy with his forwards.
He said: “We were not good enough in attack. We didn’t have enough quality and we were not clinical enough to score the winning goal.”
Celtic’s Chief Executive Peter Lawwell had revealed that Van Dijk by moving to Southampton had increased his weekly pay from around £9000  at Celtic to an incredible  £45,000 at his new club. Van Dijk had made his desire for a move very clear to Celtic and an agreement was reached that he would be allowed to move to England after the Champions League qualifiers were out of the way.
While losing to Malmo had no bearing on the loss of Van Dijk, that defeat in Sweden did cost Celtic the services of Jason Denayer who was set to rejoin the Scottish Champions from Manchester City for another season’s loan, had Celtic made it into in the Champions League. 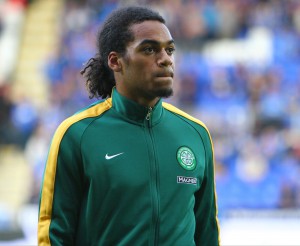 Denayer’s own preference was for a return to Celtic and Manchester City were prepared to allow this move to happen IF Celtic had reached the group stages.
That loss in Malmo was still being felt yesterday as a ten man Aberdeen side punted a long ball into the heart of the Celtic defence to score the winner with no Celtic resistance in sight.
The Denayer / Van Dijk partnership was perhaps the strongest area of the Celtic side last season. We are a long way from replacing this pairing as things stand today.
And on Thursday teatime, Ajax will be well aware of our weakness in central defence.
Click Here for Comments >
Share. Twitter Facebook Google+ Pinterest LinkedIn Tumblr Email
Previous ArticleGRIFFITHS BAFFLED AT REF
Next Article MJALLBY OUT, THOMPSON IN AT BOLTON?