But the Ivory Coast midfielder may have to go elsewhere to get game-time because of the consistent form of the Celtic skipper.

Kouassi arrived a year ago from Russian outfit Krasnodar and the Hoops were willing to pay big money for the 20-year-old prospect.

Rodgers insists the midfield enforcer will be a major player at the club in the future, but Brown’s brilliance has kept him on the sidelines with only fleeting first-team appearances in the last 12 months.

The Parkhead boss said: “Eboue was brought in and he plays a specific role – the Scott Brown role. It just so happens he’s the captain who has been excellent.

“It’s been difficult. Scott is one I’ve taken out the odd time and got Eboue in, but there’s really no doubt that he hasn’t played enough games. 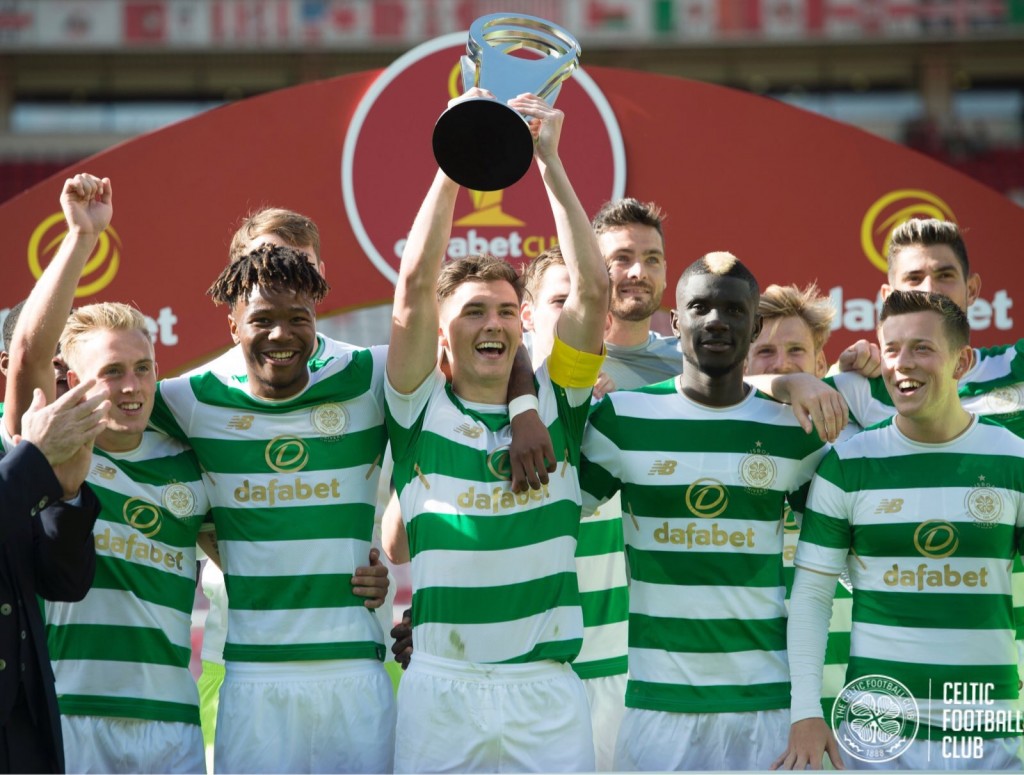 “But it’s not because of him, it’s because of the form of our captain. Eboue’s brilliant in training, he does everything and, longer term, he will certainly fulfil that role when Scott moves on.

“But while we wait for that, we need to ensure Eboue is developing and improving. That might mean game-time in the second part of the season. He needs to be playing.”

Kouassi had a setback right from the start of his move from Russia to Scotland after suffering a bout of malaria. That limited him to just one start and three substitute appearances in his debut campaign.

The youngster did extra work in the summer to ensure he was ready for the new season, but he pulled a hamstring during a stint at Lennoxtown which ruled him out of the summer camp in Austria.

Kouassi battled back to fitness, however, and started the Betfred League Cup 5-0 win over Kilmarnock in August.

Rodgers added: “Eboue definitely had an unfortunate start as he had a difficult first six months. He came in and was ill. He was adapting to a new country and new language. He didn’t need to adapt to the cold as he was out in Siberia!

“But it was about adapting and playing. He had malaria when he arrived, but worked hard and virtually had no time off in the summer.

“He looked great in pre-season training, but he got injured before we set off for Austria. He was out for a few weeks but came back and looked really good. He played well against Sunderland and Lyon.

“You can clearly see the talent he has, but he’s a specific type of player, a defensive midfielder.

“He’s fantastic, but it’s one we need to think about.”