Celtic Quick News on News Now
You are at:Home»Latest News»KT AND GROUNDS FOR CONCERN
By CQN Magazine on 17th November 2018 Latest News

SCOTLAND boss Alex McLeish reckons Kieran Tierney was forced to pull out of tonight’s UEFA Nations League game in Albania because of after-effects of playing on the much-criticised artificial pitch at Livingston.

The Celtic defender became the eighth Scot to pull out of the injury-stricken squad that had already been hit by the withdrawal of Fulham midfielder Tom Cairney who preferred to concentrate on club commitments with the struggling Premier League outfit.

Tierney would have been a certain starter this evening – possibly at right-back for the missing Stephen O’Donnell – but was forced to drop out of the trip as the players flew out yesterday. 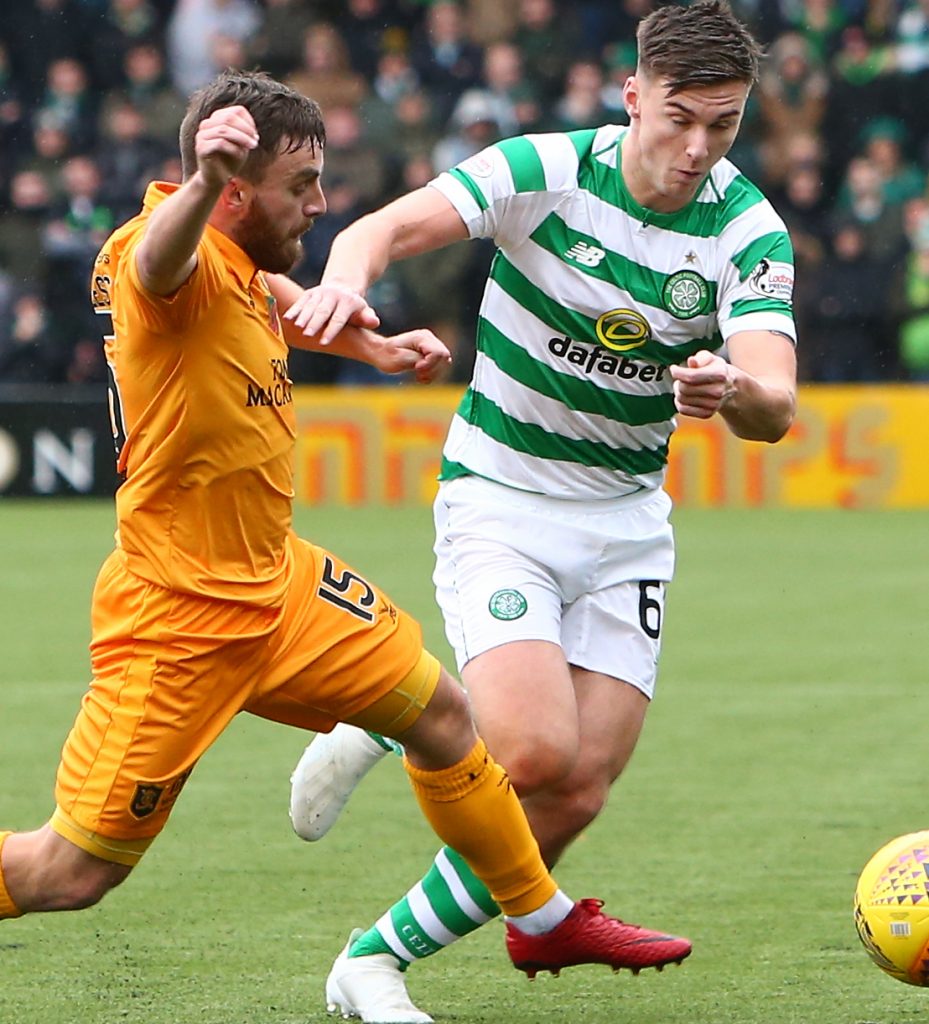 Under-pressure McLeish said: “He had a tightness in his hamstring. There was no doubt about it, you can’t mess about with these things.

“Right away, he flagged it up this morning. He nursed it over the week. We all thought it was due to the fact Celtic played on astroturf last week. There was a bit of tightness with all the Celtic guys playing on different surfaces.

“But Kieran’s seemed to linger and that’s why we had to make that decision when he flagged it up.”

Asked if Tierney would have been okay if he had played on grass, McLeish replied: “I don’t know, but there is a difference playing on astroturf.

“I don’t want to criticise astroturf pitches per se, but the guys came with a bit of tightness.”